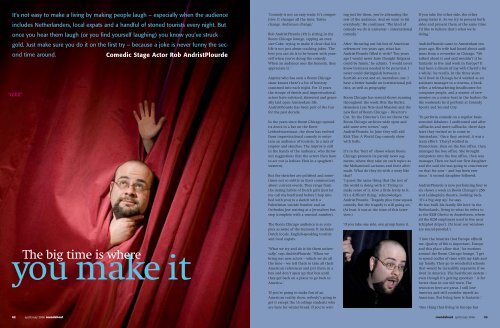 The Big Time is Where You Make It. - Nanci Tangeman

includes Netherlanders, local expats and a handful of stoned tourists every night. But

gold. Just make sure you do it on the first try – because a joke is never funny the second

‘Comedy is not an easy trade. It’s competitive.

It changes all the time. Tastes

Rob AndristPlourde (35) is sitting in the

Coke, trying to make it clear that his

life is not just about cracking jokes. ‘The

best you can do is to be honest with yourself

when you’re doing the comedy.

When an audience sees the honesty, they

Anyone who has seen a Boom Chicago

crammed into each night. For 13 years

the troupe of sketch and improvisational

actors have satirized, skewered and generally

AndristPlourde has been part of the fun

for the past decade.

In the years since Boom Chicago opened

its doors in a bar on the Korte

Leidsedwarsstraat, the show has evolved

from improvisational comedy to entertain

an audience of tourists, to a mix of

improv and sketches. The improv is still

in the hands of the audience, who throw

out suggestions that the actors then have

to act out (a lesbian Elvis in a spaghetti

But the sketches are polished and sometimes

not so subtle in their commentary

about current events. They range from

me call my boyfriend before I hop into

bed with you) to a sketch with a

Palestinian suicide bomber and an

stop (complete with a musical number).

The Boom Chicago audience is as complex

as some of the humour. It includes

‘What we try and do is hit them universally,’

bring out new actors – which we do all

the time – we tell them to take all their

American references and put them in a

box and don’t open up that box until

they get back on a plane to go back to

‘If you’re going to make fun of an

get it except the 15 college students who

are here for winter break. If you’re writing

just for them, you’re alienating the

rest of the audience. And we want to hit

everybody.’ He continues: ‘The kind of

comedy we do is universal – international

After ‘throwing out his box of American

references’ ten years ago, what has

AndristPlourde filled it with? ‘Ten years

ago I would never have thought Belgians

could be funny,’ he admits. ‘I would never

know Germans needed to be punctual. I

never could distinguish between a

Scottish accent and an Australian one. I

have a better handle on international politics,

as well as geography.’

throughout the week: Bite the Bullet;

Heineken Late Nite (and Massive) and the

Cut. ‘In the Director’s Cut we throw the

AndristPlourde. In June they will add

It’s in the ‘Best of’ shows where Boom

where they take on such topics as

the Mohammed cartoons and their aftermath.

‘I guess the same thing that the rest of

the world is doing with it: Trying to

make sense of it. Give a little levity to it.

comedy. But the tragedy is still going on.’

(At least it was at the time of this interview.)

‘If you take one side, one group hates it.

If you take the other side, the other

group hates it. So we try to present both

sides and present them at the same time.

years ago. His wife had heard about auditions

from a co-worker in Chicago. ‘We

talked about it and said wouldn’t it be

fantastic to live and work in Europe? It

had been a dream of my wife Cheryl’s for

a while,’ he recalls. In the three years

he’d lived in Chicago he’d worked as an

assistant manager in a cinema, a bank

teller, a telemarketing headhunter for

computer people, and a master of ceremonies

on a cruise boat in the harbor. On

the weekends he’d perform at Comedy

‘To perform comedy on a regular basis

sounded fabulous. I auditioned and after

later they invited us to come to

Amsterdam.’ Once they arrived, it was a

Promotions, then on the box office, then

managed the box office. She brought

computers into the box office, then was

manager. Then we had our first daughter

and she said she was going to concentrate

on that for now – and has been ever

since.’ A second daughter followed.

AndristPlourde is now performing four to

He has built his family life here in the

Netherlands, living in what he refers to

as the KLM Ghetto in Amstelveen, where

all the KLM employees used to live near

Schiphol Airport. (‘At least our windows

‘I love the luxuries that Europe affords

me. Quality of life is important. Europe

and this place allow that,’ he motions

around the Boom Chicago lounge. ‘I get

to spend oodles of time with my kids and

my family. They go to wonderful schools

that would be incredibly expensive if we

lived in America. The healthcare system –

even though it’s getting spookier – is far

better than in our old town. The

America and still consider myself an

American. But living here is fantastic.’

‘One thing that living in Europe has

you want to go.

With flights to 670 airports, NetJets flies to more airports than any other private jet operator in Europe. With NetJets,

you fly at a time that suits you, from an airport most convenient for you, and you fly wherever you want to go, including

thousands of airports worldwide. That means you’re no longer at the mercy of commercial timetables, connections or

queues. Instead, you are the one who sets the schedule, starting with just one phone call. Isn’t it time to NetJet?

shown me is that any place can be home.

I would call here home. Absolutely.’ He

continues: ‘But nothing is permanent.’

show is 7.30p.m., with the actual performance

shows that finish at about 1.30 in the

morning. Still, he manages to get up with

the kids, help prepare them for school,

then it’s on to the gym for a workout and

then into Boom Chicago to do some work.

‘We usually work around 30 hours a

admits. ‘Whenever I hit a rush hour tram,

I look around and think, ‘You guys are

tired. Some of you look okay, but most of

you just want to go home and sit.’

It’s more than the commute that differs

for a comedic actor such as

AndristPlourde. He compares his job to

an accountant or consultant that’s transferred

to Amsterdam on a typical expat

assignment: ‘A consultant is brought over

then they leave. For me, I come in and do

my job for two hours – which is basically

‘Consultants? I think they pay them and

let them go,’ he considers. ‘I don’t know

any consultants who have people come

up to them after work and go: ‘Hey, good

work on our CPU, let’s go out and get

And consultants don’t normally get to act

in films or on television. AndristPlourde’s

career is broader than Boom Chicago. He

recently appeared in what’s called the

Vrouwen, with Linda de Mol. (‘It was a

Wolfman Jack in the biopic of Dutch

to jump to his death from the Hilton

Hotel in Amsterdam Zuid in 2001. That

film will come out in November.

‘I do voiceovers here and there for film

and commercials and for the past year

and a half I’ve been conducting comedy

writing workshops.’ He and the American

‘Everyone has the nugget within them,

that compressed piece of comedy coal,

that can be pressed a little harder and

then buffed into a little diamond of comedy.’

comedian. ‘Comedy can be taught.’

His latest project, along with Boom

Chicago, is producing viral videos for

Greenpeace to raise awareness and ‘have

a chuckle,’ adds AndristPlourde. ‘They

make fun of the oppressors.’ One video

shows how Japanese whaling can help

Amidst the family life and the comedy

life and the teaching life, AndristPlourde

‘For the longest time, Boom Chicago and

the Melkweg had a great relationship. We

would give them pizzas and they would

give us free entry. For ten years, I never

paid for entrance, until about a month

ago.’ He seems dejected by the prospect

of paying for what he loves. Still, he can’t

‘There are bands who are huge in

America, but nobody knows them here.

So they play tiny venues and we get to go

and see them.’ Every once in awhile his

Daniel Lanois and Michael Franti and

‘This job in Europe affords me a slower

But it’s a life that he couldn’t have just

anywhere. ‘There are two places in

America where a comedic stage actor can

exist: The Groundlings in Los Angeles or

with Second City (with theatres in

Toronto and Denver).’ In Europe, there’s

only one location – Amsterdam.

‘People flock to Chicago to perform

AndristPlourde. ‘Second City is this bastion

of improvisation, a stepping stone to

the big time. People get picked up by

Chicago can now be compared with

alumni have also gone on to work for

Saturday Night Live, as well as The Daily

Show and The Colbert Report on Comedy

But being ‘picked up’ or using Boom

Chicago as a stepping stone would mean

leaving Amsterdam. AndristPlourde has a

realistic attitude: ‘The big time is where

‘There are many people in Chicago who

would kill to get the job I have.’ He pauses.

who writes and performs with Boom Chicago.

A native of Massachusetts, he came to

Amsterdam a decade ago via Chicago’s

He can be seen in the Boom Chicago’s Best of

All performances are in English. 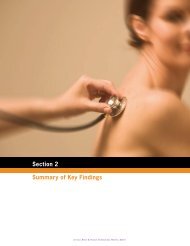 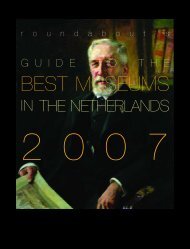 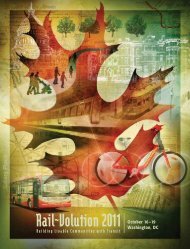 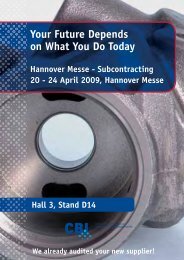 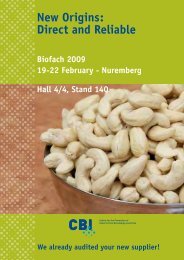 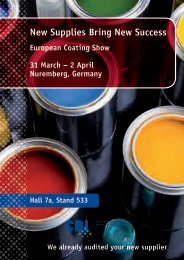 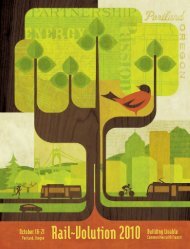 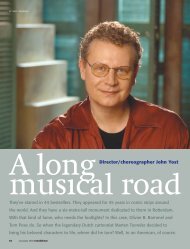 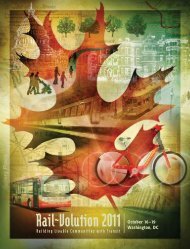 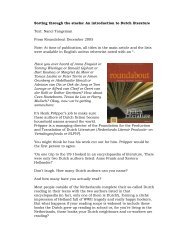 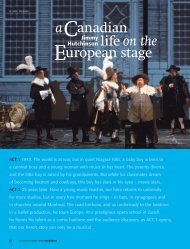 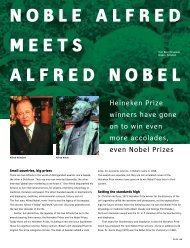 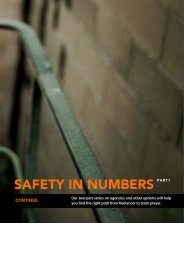 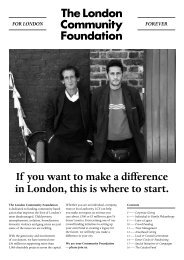 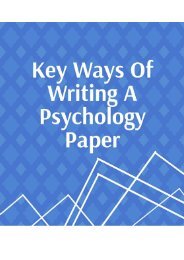 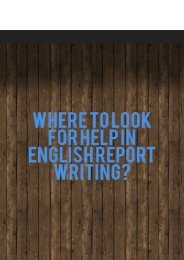 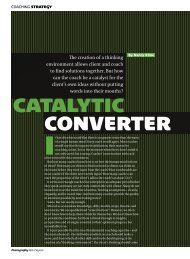