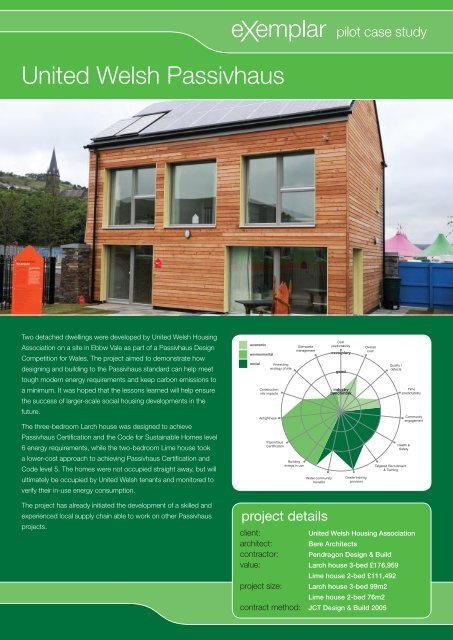 Competition for Wales. The project aimed to demonstrate how

designing and building to the Passivhaus standard can help meet

a minimum. It was hoped that the lessons learned will help ensure

the success of larger-scale social housing developments in the

The three-bedroom Larch house was designed to achieve

Passivhaus Certification and the Code for Sustainable Homes level

a lower-cost approach to achieving Passivhaus Certification and

Code level 5. The homes were not occupied straight away, but will

ultimately be occupied by United Welsh tenants and monitored to

The project has already initiated the development of a skilled and

experienced local supply chain able to work on other Passivhaus

what is an exemplar project?

An Exemplar is defined as ‘something worthy of being

copied’. The purpose of the Exemplar programme is to

identify what actions have taken place at key stages of a

project that have led to a successful outcome, so that this

learning can be adopted on other projects. The Exemplar

programme has been developed to help identify the reasons

why certain projects are successful in a standardised,

quantifiable way, and to share with the industry what enabled

these successes. An Exemplar considers all aspects of

sustainability, including economic, social and environmental

factors. Projects must demonstrate that they have been

minimum standards in all other areas of the project. This is

to demonstrate that the scheme is well rounded and has not

sacrificed one aspect to be successful in another, while also

incorporating best practice measures that can advance the

state of the industry. An Exemplar project therefore reflects

the ideal industry goal of achieving a scheme’s primary aims

in a sustainable way, at acceptable costs.

what made the project

• Several opportunities to reduce build costs have been

and 0.47ac/h (Lime house), which should significantly reduce

• The dwellings met the Code for Sustainable Homes level 6

(Larch house) and 5 (Lime house) respectively, with the use of

and components locally that were capable of meeting the

• The project provides a visual demonstration to the public and

• Taking a ‘fabric first’ approach to the design of the

of the Code for Sustainable Homes and Passivhaus

• Learning from the development of the first plot (the Larch

house) led to a different design approach on the Lime

• The lessons learned, along with the upskilling of the

products and trades to be delivered in the future

have been identified, making the Passivhaus

social housing developments in the future

m2 and £1350/m2 respectively (there are no guidelines for

higher Code levels at present). Although the costs for the

Larch and Lime houses were higher than this, the project

has demonstrated ways to reduce costs on future schemes

to keep them within guideline levels. In addition, CO2

emissions and household energy bills will be further reduced

in these dwellings relative to Code 4 requirements, helping

to reduce the risk of fuel poverty among tenants. Lessons

learned on the Larch project were applied to the Lime house,

bringing the cost for a single detached dwelling down to

approximately £1467/m2. Economies of scale, allied with a

on future wider-scale developments. A terrace design should

The pilot project was design-led, leading to decisions

that did not necessarily prioritise cost and maintenance

used on the Larch house will require costly scaffolding for

trialled on the Lime house. Again, the decorative slate feature

lower-cost finish. The Association would normally expect its

maintenance department to have input into such decisions.

Another issue is the prevalence of rain and cloudy weather

in Ebbw Vale, which made it harder for this particular

performance targets. Homes in other locations may not

require the same insulation thickness, which would help

5 rather than 6, meaning a smaller PV array was acceptable.

This cost, however, can be discounted since it will be

recouped via the Feed-in Tariff.

Local supply chains were developed to

deliver systems and components locally that

were capable of meeting the Passivhaus

local skills able to design to the Passivhaus standard. Those

who did become involved had to be willing to think differently

and open up to new ideas. However, readiness to engage

and learn how to deliver the standard has paid dividends

to achieve the necessary performance standards. It has

started to apply the Passivhaus concept to improve its typical

frame offering, and has since won additional work in England

A German Passivhaus window supplier was used for the

Larch house as there were no suitable products on the UK

market at the time. However, a local company tooled up to

provide a similar product, having learned from the installation

of the German system, and its windows were used on the

A pool of suitably skilled local suppliers has now been

established which could be used on similar projects.

The project provides a visual demonstration

to the public and the construction industry

of what it could take to meet tough new

National Eisteddfod as a show home demonstrating how

new, modern energy standards could be achieved. The Lime

house was also opened to the public before it was occupied,

allowing both dwellings to be visited by interested parties to

from the lessons of this pilot scheme.

with extremely low energy demand and

The Passivhaus standard requires energy use of less than

15kWh/m²/yr in heating, or an overall peak power demand

m2/yr heat demand, while the Lime house was designed to

air changes/hour was measured for the Larch house and an

for the Lime House, comfortably within the Passivhaus

are generally demanded in a UK house. To meet these, the

demonstration houses were highly insulated (all U values

below 0.1 W/m2K) and designed to eliminate thermal

bridging. A good level of airtightness was achieved through

use of membranes and well-installed, high-quality windows,

sealed to prevent heat loss around the frame (U value of

windows to maximise solar gain, it was ultimately decided

that the smaller (and subsequently cheaper) windows of the

Lime house were more effective at reducing heat loss and

were centralised and brought into the building through the

floor slab to minimise disruption to the airtight layer, and

significant attention was given to detailing around junctions

To ensure that the built result fully met the design aspirations,

attention to detail and workmanship on site was imperative.

Activity on the site was closely monitored by the designers,

who were also on hand to address any queries. It is

anticipated that quality control on a larger-scale project would

be monitored by a clerk of works.

The dwellings met the Code

respectively, with the use of additional

The ‘fabric first’ approach to the design, to exclude

draughts and ensure airtightness, for example,

domestic heating, a mechanical ventilation with

way to deliver fresh air in winter, avoiding the need

to open windows and waste heat in the cold winter

months. Heat recovery from within the building via

the ventilation system ensures that valuable heat is

not lost and is retained within the highly insulated

structure. These measures ensured that CO2

emissions from the pilot homes have been reduced

to a level exceeding the requirements of the 2006

Solar PV panels were used to meet the additional

the building regulations respectively). PV costs will be

paid back via the Feed-in Tariff scheme. It should be

noted, however, that some properties, such as flats

or terraced homes, may be unable to accommodate

schemes or other solutions to be developed.

The local supply chain has evolved and learned a

better equipped to design and deliver the Passivhaus

standard in the future. This very low energy design

in housing and, ultimately, help to deliver Code

for Sustainable Homes energy credits in the most

residents from the risk of fuel poverty by reducing 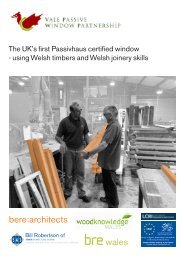 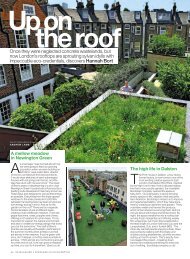 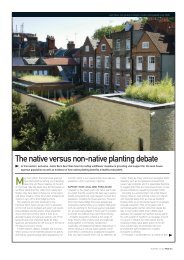 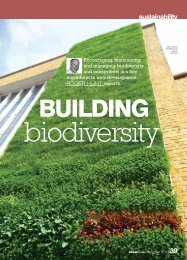 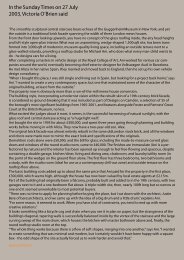 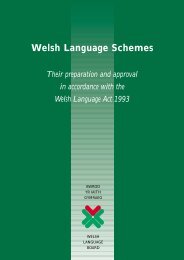 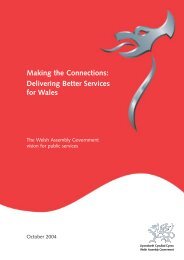 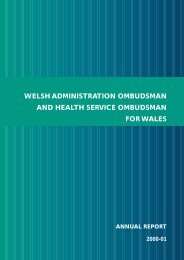 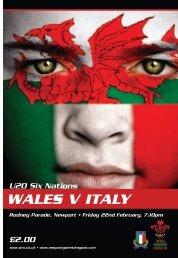 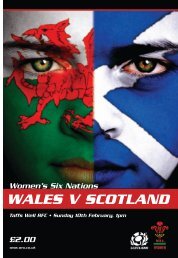 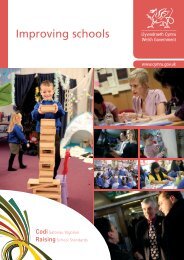 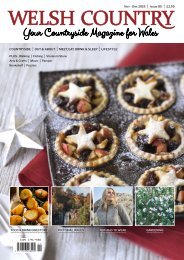 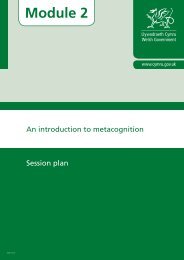 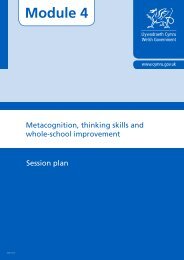 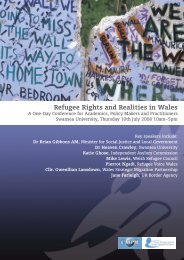 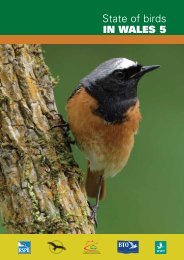 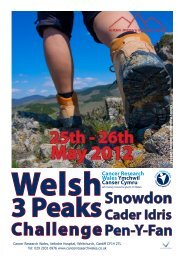