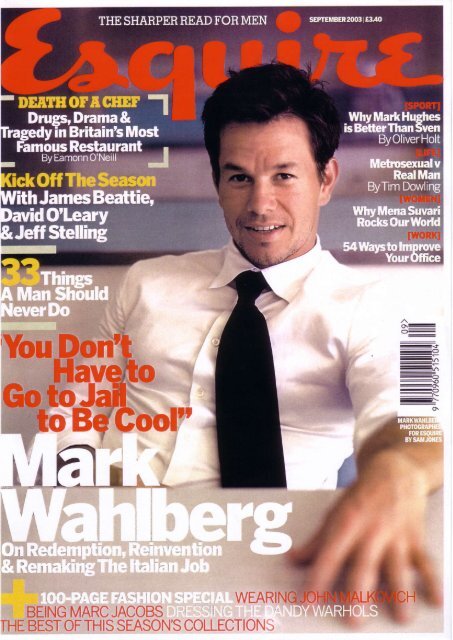 lights and traine dogs to

the scene. David s body is

night. Theories abound as to whether he fell accidentally or delibelately

jumped. Were drugs involved? Most people aren'tsure. On one topic,

though, they all agree:

'You had to Anow David Dempsey..."

chef. "He lived his life in the fast lane ard then it allwent abitcrazy," says

Dempsey would have been alltoo familiar with the concentrated tableau

waitresses, pink slips withdetails are pasted to aboard and the dishes are

announced to the staff Then,

lived his life in undertale acomplex

the fast lane and maloeuwe, each chef mans

their station. Timecodes are

then ii all went a bit

clocks, and then the

falling oui of a

in his head he'd

they command their areas

as a frttrng end" different: one stands foursquare

at a canvas, another talks and

sings to himself, another nods and whispers encouragementto the others.

preparation. When he receives the food he turns round to add his touches as

know theycould be substituted, or even sold, instantly. For a momentthey

Steam licks the head chef's face as he sets the dish on the plate. For a

silently aDd sends it off, with a mix ofconfrontation and reluctant pride.

Everyone pauses. They wipe their hands and surhces. Stretch. Mumur to one

another Pace their spaces. within 40 seconds, another order arrives and it all

restallrant fills up. Soon each cook is handlingseveral dishes. The head chef

surveys it all like a chess grandmaster playing several games simultaleously.

Some would find this high-stress world unbearable. David Dempsey,

he had it," one ofhis fiiends tells me, "he knew he was talented and he was

newspaper clippings she has kept ofherson's careerbeside heron the sofa.

There are other reminders in the smalllivingroom ofthe circles in which

Dempsey in his kitchen whites looks down from the wall.

On the wall next to Denrpsey's portrait is a framed

to fight. Your name won'tbe tarnished for long. Trust

me son. we'll get to the filth and we'll seejustice done."

unanswered, notleastof them whether the unknown

the incidentwas in any way connected to the events

ofthat night. "There's something not right in his

death," says Eileen, as she digs into her handbag and

produces a cheapblue plastic wallet that was taken

"He put those on the

nightbefore he died, yet people think he was maybe suicidal orgoingdaft

or crackingup that weekend he died- Not a chance. He was the same as he

garden in Glasgow's Maryhill district, to the north ofthe cit'r It's a tough

area. Those that make it out are fighters, survivors. "David was very much a

Glasgow gives reputations out grudgingly. Nowhere on earth will you

6nd people harderto impress. Yet before David Dempseywas a successful

when he was about IT or l8," claims a doorman fiom a club in the city's

centre. 'Yea$ later when I saw a TV programme about cooking, there was

through life with a carefree disregard for allconventional morality".

Behind the brio gnd the brand planning is an age-old buth: monet So

claiminga piece of the action?

"I think David always had high aspirations," says someone whoworked

Saisons.'You could tellthat in the way he dressed. He would think nothing

ofspendingafomrne on clothes, whether he had the money or not. He's

drivinginto work and there's a carpark fullofPorsches and Ferraris and all

the rest, and Dempseydid aspire to that. He wanted to be famous." Like

almostallofthe people I spoke tq this man insisted that I protecthis identity.

The restauraitbusiness in the UK is a small and unforgiving community.

restaurant inThe Gleneagles Hotel, was one ofthe few people who were

prepared to go on record to talk about David Dempsey's professional

beginnings. When Dempsey literally appeared on his backdoorstep about

I0 years ago, Fairlie was immediately impressed by the young chef's ambition

and his hunger to learn. "He was absolutely certain aboutwhere he wanted

"There are very fewpeople that you come across like that."

elite cooks, and offered to

\{ork at One Devonshire

the time, on his only day off

fiom his other kitchen. Ifthere

gun - on me when tg were wages forthis labour, it

It was a tactic that

Dempsey was to use many

times. Later, vr'hen he was

later when I workingl6-hour days at Le

saw a TV programme Manoir, he would fly back to

straight into One Devonshire

was tne same wee Gardens to work for fiee.

"I said to him on a number of

and it's very disciplined. It's definitelyavocation." Or, as another industry

source putit, "It's the differencebetween drivinga Lada and a Ferrari."

Dempsey wasn't simply a workaholic; he was setting himself the

Ramsay's eponlmous flagship restaurant in Royal Hospital Road. It was an -

Ramsay lived up to his reputation in every way. Dempseytold one ofhis slepton a couch more suitable for a child than a top chefearningt70,000

friends that he would'tome up and kick him on the shins and nip him and a year. Her eyes water with anger at his living conditions.

went on right up and until the last," says the fiiend "I mean, itwas legendary over the Easterholidays he seemed calm and looked well -so well, in fact,

completely trashing him, screaming at the top ofhis voice "

he had leftAmaryllis, Dempsey answered,

"I had io go otherwise,I

Ramsayinspires mixed feelings Some have nothingbut admiration for wouldn't have had a job."

him;others literally fear him. One cheftold me thatwhile he was "sharpened TWo months before David's death, top French ChefBernard Loiseau' one

up" workingfor thetriple-Michelin-starred chei he did feel that "it's almost ofthe most famous chefs in France, took his own life after slipping in national

" This is restaurant ratings. People have wondered whether either David's stalled

what David Dempseywillingly signed up f or

career, or news about tests linked to cancer he had in the week he died, led

"I think David wajtted to prove that there was nothing he couldn't take," himto commitsuicide. Eileen is dismissive ofboth suggestions:

says the chef. "I have never seen a guy with so many burns and scars up lus the tests were fine. Everyone but David worried about his health "

Dempsey's family have seen a police video that recreated his 6nal

hands and rightup his forearms.

movements on the night he died, but it raised as many questions as it

He once said he was tired

because he was working until

modus operandi of acatburglar. He entered the building fiom the rear,

went into a couple's apa.rtment on the ground flool smashed out their

a dool raced upstairs towards the rear, exited a window, gripped a

Dempsey after he'd worked for

drainpipe, then fell to his death. witnesses also stated tha! far from

Rarnsay for a while were taken

company, although his "mmpaging", they'd actually felt a bit sorry for David. It was very odd

aback by how much he had

Dempsey's penchant behaviour, to say the least - even for someone who was allegedly also

changed: "His demeanour, the

way he would speal, the things

when the toxicology report was made public at the official inquest

he'd say were right out of

phones drd allegedlY in his system, a potentially fatal quantity His family, who insist that

body is an active mind',

that they planned tocommission their owl toxicology report. No one I

use their brains', all ofthat "

to grab one and

spoke to ever saw David Dempsey touch drugs. Indeed, the reverse was

drop lt into a pot of tme - he regularly cited his dislike ofthem and where they led users.

admits that her son didn't

His friends said that if oempsey had been taling drugs, then it would

charismatic Ramsay: "No, You

must understand that David

But Dempsey was always good at comparBnental ising his life. Paul

they werc exffemely easy in each other's company, although Dempsey's

penchant for flashing about expensive mobile phones did allegedly once

restaurant. Yet some people I spoke to thought Dempsey's own percephon

oftheir relationship might have been skewed. He took both Ramsay's praise

and cdticism to hearl "He would get upse!" one source told mg "and I am

Gordon Ramsay broke his silence on the subject ofDavid Dempsey3

death only once before the inquest. In an intervi ew :-j]'The Obset'ler,he

Ramsay said he felt pain and sorrow over both issues, ard said drat he was

planning to implement drugs tests for employees. Dempsey's family were

between David and his brother David doesn't have a habit..." or didn'L

GoRDON RAftsAY. He was even cited in the press as the

the fiIst restaumnt Ramsay opened outside London. Amaryllis was located

in Glasgpv/s smart west End - at one Devonshire Gardens, in fact, the site

that Fairlie had vacated on moving into Gleneagles. David was coming home'

Despite critical plaudits, Amaryllis didn t attract diners in droves. At the

end ofApril this year, Ramsay admitted the market had been tough and

amounced a "slight revamp" in the hope ofattracting the mid-market

audience. There was talk ofDempsey heading a .Iew restaurant in Edinburgh

butintheinte m he left behind his parmer, his three children, his sister

Yasmin ald his mother, and moved into a tiny flat near Royal Hospital Road,

where he was to work under Ramsay's head chef, MaJk Askew When Eileen

came down to London to pick up his possessions, she discovered that her son

been out with Dempsey on the night he died, and that Dempsey had said that

he had rakencocainearlier in the evening.

answerphone, although what prompted the call rcmains a mystery to the

fanily. ca.rroll spoke to the police, though not until over a week after the

incident His account apparendy satisfied the police. But the Dempsey

wasn't the normal David," he said. "It was a guy that was, for me, looking as

though he was under pressure." Perhaps it had something to do with the

nature ofthe conveNation they had over dinner at the Harvey Nichols

restaurant that night. Ramsay told t}|e hearing that they had discussed the

notice. He also said that Dempsey had asked to borrow t3,000, claiming that

he was under financial pressure following his purchase ofhis London flat

Whatever happened that nighg Dempsey appeared upbeat after the

be '.Gordonb man IOO per cent ulrtil he was 65". His family aren't so sure.

opening his own restaurant iD Glas8ow. Given his track record, he was

Out ofcuriosity, I check out the location his family tell me Dempsey had

in mind for his new restaurant. Sure enough, on a bustling Glasgow streeg a

lottery numbers had come up, could David Dempsey have been in there right

one person truly knew David Dempsey, and he isn t around any morc' @