Welcome to the Eynesbury Heritage Trail, which celebrates and interprets the heritage of

this unique property. Numerous points-of-interest and natural features can be found along

our two interconnected trails: 1. The red Homestead Trail (2km long) and 2. the green

Forest Trail (3km long). Look out for the signs which explain the features in this brochure.

Eynesbury Station was originally part of a much larger pastoral run of over 70,000

acres known as Exford which was owned by Simon Staughton. Before his death in

include the bluestone Staff Quarters and Stables, creating a clearly defined hierarchy

of purpose-built buildings. Guests were welcomed into the formal rooms and

landscape at the front, far away from the bustling action at the rear.

As part of the redevelopment of Eynesbury, archaeological digs were carried out in

and around these key buildings, uncovering many important artefacts which provide

an insight into the lives of the residents of the day. These include buttons, bottles,

Prior to settlement, the Melton region and surrounds was extensively covered in

Eucalypt woodlands. Grey Box grows much slower than other Eucalypt, and so

groupings of the species still in Victoria, is highly significant.

• Please enjoy our heritage experience but remain on the marked trails.

• All native plants and animals are protected: some wildlife including kangaroos

and snakes inhabit the trails. Please avoid touching them.

• As bins are NOT provided, please take all rubbish with you.

• Camping, fires and domestic animals such as dogs are prohibited.

• It is recommended that you carry a mobile phone and bottled drinking water.

The gardens which surround the Homestead

on three sides are an important feature of the

formal landscape of the property and to this day

contain rare plantings including the Pyramid

The concept of the Ha-Ha wall originated in

England in the 17th century, as a way to visually

connect the gardens to the natural environment

beyond, by allowing extended green views

over a low wall. Eynesbury’s wall, one the only

made from locally quarried bluestone.

Developed in response to the post World War II

housing crisis, these prefabricated homes were

sold at the Myer Emporium and could be quickly

erected in just 15 days. The two homes built at

the property in 1947, were actually constructed

at the Commonwealth Aircraft Corporation.

The Eynesbury header tank was built around the

same time as the Homestead in the 1870’s and is

regarded as an unusual example of a rural water

supply system. Its role is not to collect rainwater

but rather to use gravity to build enough

pressure in order to supply domestic water to a

During the time that Eynesbury was a full time

common practice. Farms such as this, with a fully

occupied residence and a full staff of domestic

servants and station hands to feed were selfsufficient.

Freshly butchered meat was taken to

the meat and smoke house in readiness for meal

time at the residence.

Eynesbury is home to a variety of rural buildings

dating from as early as the 1840’s right up until

Dairy Building are significant examples of the

operations of the property. The Raised Barn was

elevated to protect the grain stocks from attack

In the days before modern refrigeration, the

has advantages over an underground cellar

which is more suited to longer term provisions.

Here at Eynesbury, they are strategically

located between the Butcher’s Shed and the

were built during the period from c. 1870 to

1885. The close proximity to the Homestead

structure is viewable through the glass floor

This lake was intended to be both a landscape

The glistening lake with stone and reed islands,

a short walk from the Homestead, provides

an aesthetic contrast against the pastoral

landscape, especially when viewed from a

distance away from the Homestead.

During Eynesbury’s heyday as a rural station,

about 16,000 crossbred sheep and lambs

were shorn annually. The travelling shearers

were accommodated in these quarters which

what a shepherd earned.

It is believed that prior to the construction of

the main Homestead, an out-station existed in

the 1860’s where the Drop Slab Stables Hut is

located, as Eynesbury was then part of a much

of the hut and the evidence of other artefacts

from that period, supports the theory that a

In 1930, Eynesbury was sold by the Staughton

family to the Eynesbury Pastoral Company,

which operated a second shearing complex

on the western edge of the Grey Box

Woodland likely to have been built before

1947. The Shearer’s Quarters contain a baker’s

was built in 1860 and pre-dates the main

Homestead. It was originally a two room

walls, but in 1880 two extra rooms and a hallway

were added. Further renovations in 1950 saw

the addition of the front verandah.

The Eynesbury Staff Quarters were built

around 1885 when the Homestead additions

were undertaken. The building, aside from

accommodating servants working in the

milk was churned into butter and cream daily

The magnificent bluestone Homestead was

built in the 1870’s by Samuel Staughton. It was

bluestone residence designed in the

Georgian style, which remains today as the

central section of the building; and secondly

the extension wings built in 1885 to include the

<strong>heritAGe</strong> trAiL Welcome to the Eynesbury Heritage Trail, which celebrates and interprets the heritage of this unique property. Numerous points-of-interest and natural features can be found along our two interconnected trails: 1. The red Homestead Trail (2km long) and 2. the green Forest Trail (3km long). Look out for the signs which explain the features in this brochure. 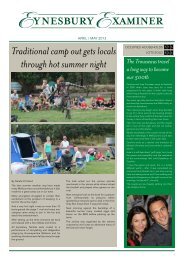 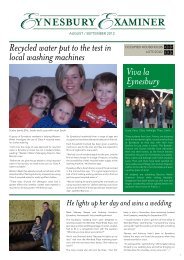 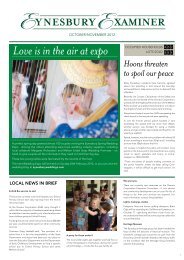 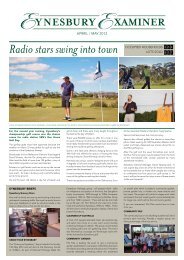 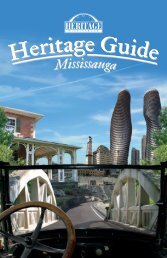 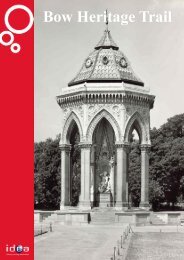 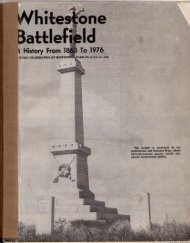 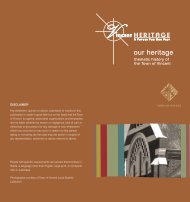 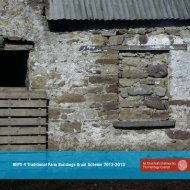 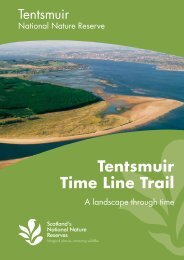 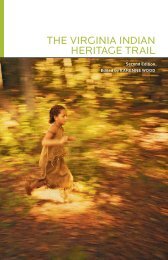 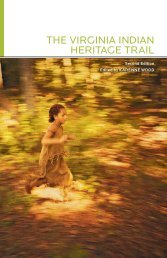 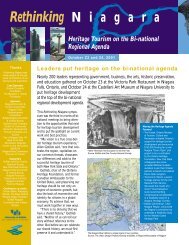 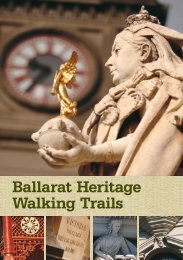 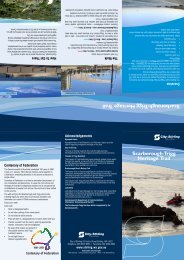 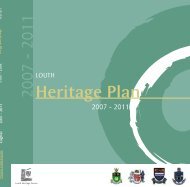 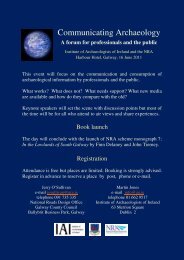 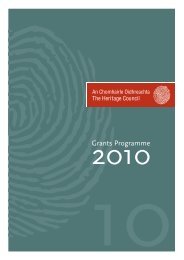 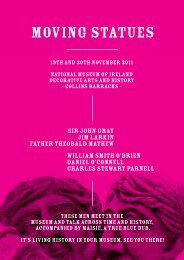 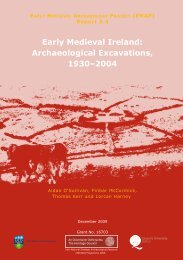 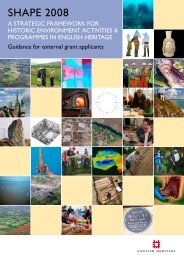 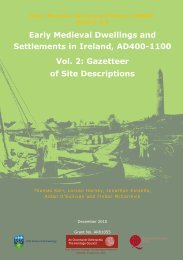