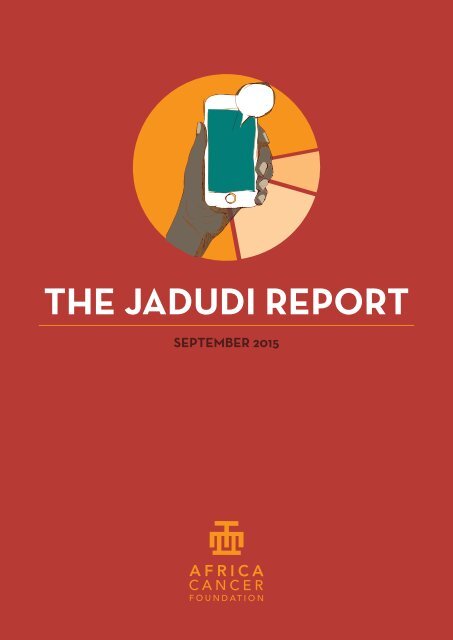 ancer currently ranks among the most common causes of illness in Kenya, and is the leading cause of death after

infectious and cardiovascular diseases, killing about 60 Kenyans each day. It is estimated that approximately 7%

the age of 70 years 1 . Existing evidence shows that close to 37,000 new cancer cases are diagnosed yearly, and that

cancers result in an annual mortality of over 28,000 2 . These estimates are conservative and could in fact be higher

given that many cases go unreported and unaccounted for.

A variety of risk factors are associated with cancer, including genetic, biological, environmental and behavioral

elements. Some of the common risk factors include exposure to tobacco, alcohol misuse and interacting with cancercausing

(stomach cancer) and Hepatitis B and C (liver cancer). The most common types of cancers affecting Kenyan women

are cancers of the breast, oesophagus, and cervix, while the most frequently seen cancers among Kenyan men affect

the prostate and oesophagus, with high cases of Kaposi sarcoma particularly among men.

Not only is the burden of disease high, the country also faces major challenges in terms of availability of data around

cancer, a problem which is shared by the majority of countries on the continent. Cancer registration is considered

to be fairly new in Kenya, and there is little surveillance on the national pattern of the disease outside Nairobi and

Eldoret where the two existing registries are located 3 . Currently, national population level data on cancer does not

exist, meaning that individual cases are not systematically recorded at each of the various health institutions where

cancer is identified, including laboratories, hospitals and oncology clinics across the country. As a result, there is

limited information about the actual scale of disease at a national level, including number of new diagnoses, deaths

and demographic information (such as gender, age, and location) about those who are being diagnosed and treated

for cancer and those who are being lost to the disease. Lack of important surveillance information affects the level

and quality of advocacy and policy development work that can be done, as this type of information provides a critical

While cancer has been recognized as one of the foremost non-communicable diseases affecting Kenyans today,

the country faces immense challenges with respect to specialized equipment and quality care for cancer patients.

Diagnostic and cancer management equipment are limited, and tend to be centralized in the major cities. In addition,

there are only a few number of cancer specialists available in the country. Recently published findings from the Apollo

Cancer Conference 2014 reveal that as of last year, there were a total of 10 qualified oncologists and 20 other doctors

treating cancer in the country. The human capacity to treat cancer in Kenya is limited, and it is estimated that the ratio

of new cancer patients per oncologist per year currently stands at 2,800 4 .

THE RATIO OF NEW CANCER

Recently, the suspension of radiotherapy treatment in the country’s largest public and referral hospital due to the

collapse of existing equipment placed hundreds of lives at risk. 5 There are only 8 radiotherapy machines in the country,

and Kenya does not have a specialized cancer hospital, although 4 hospitals house cancer departments 6 . Not only is

the country poorly equipped to treat cancer, treatment is extremely expensive, both locally and outside the country.

It is estimated that every year, up to 10,000 Kenyans spend over KES11 billion (approximately USD104 million) seeking

cancer treatment abroad 7 . Financial distress and devastation is a reality for many Kenyan families affected by cancer.

hile it may not be immediately possible to eliminate cancer, one important initiative in Kenya seeks to reduce

the burden of this disease in the country. The Africa Cancer Foundation (ACF) was formed in July 2011 with

a mission to promote the prevention of cancer and provide holistic solutions to people affected by cancer in Africa.

One of the specific goals of the foundation is to strengthen relevant sectors of society for the screening, control and

management of cancer. The foundation provides capacity building support to individuals on awareness creation about

including the Kenya Network of Cancer Organizations (KENCO) to provide support to cancer patients.

During its lifetime, ACF has made significant contributions towards cancer screening and education. The foundation

has screened over 12,000 people in 10 counties across Kenya, more than any other organization or national institution

in the country. ACF has also published materials and guidelines for both patients and caregivers on various types

of cancers. In addition, the foundation has supported numerous initiatives to help Kenyans with cancer access

information and treatment to improve their quality of life in diverse ways. Recently, ACF has carried out research in 9

counties to assess the existing capacity to diagnose and treat various cancers. The findings revealed that most cancer

services are concentrated in Nairobi, followed by the large urban centres of Kisumu and Mombasa.

Africa Cancer Foundation has also made important contributions towards national policy. The foundation

the previous administration. This culminated in the launch of the guidelines by the Ministry of Health in August 2013,

following the regrouping of the ministries. ACF handed over 200 copies of the guidelines to the College for Health

Sciences (University of Nairobi) on 28th September 2015. The guidelines are to be disseminated by the Ministry of

Health through training to representatives of the 47 counties.

of a brain cancer diagnosis. Jadudi, who comes from a humble background, was diagnosed with a brain tumor

in 2012 and has since endured three excruciating brain surgeries, in addition to a range of debilitating side effects.

The financial burden of surgeries and chemotherapy has taken a toll on his family, and continues to do so. Upon

learning that he needed a fourth surgery, Jadudi reached out to Zawadi Nyong’o, of the Africa Cancer Foundation,

who engaged writer Jackson Biko. Biko shared Jadudi’s story on his blog. Zawadi then developed and spearheaded a

their time to support this online campaign to mobilize Kenyans to raise funds for Jadudi’s surgery in India. The

#1MilliForJadudi campaign was launched, with the goal of raising KES1 million (USD9,492) towards this worthy cause.

contributors from across Kenya made donations towards this cause, with contributions ranging from as little as KES1

the crowdfunders contributed KES500 (USD4.75) or more. Among them, 567 people made repeat donations using the

The great success of the campaign warranted a deeper analysis about how Kenyans interacted with the campaign, and

a brief mobile survey was carried out with 982 Kenyans. The survey captured both men and women almost equally,

all survey respondents indicated that they had never participated in a social media campaign before.

Of all the survey participants, 30% had heard about the campaign and had subsequently made a contribution,

proportion (77%) indicated that they had either been affected by cancer personally or knew someone who had been.

While the campaign was initiated on the Twitter platform, it developed a life of its own on other social media channels

including Facebook and Instagram, as well as mainstream media. An analysis of the social media statistics for the

campaign found that the #1MilliForJadudi hashtag originated in Kenya in 93% of the cases. Though the crowdfunding

took place in Kenya, the social media impact was far reaching and universal. There were 187 million estimated

comprised of retweets, with 15,464 retweets disseminated among users who relayed the hashtag.

The #1MilliForJadudi campaign represents by far the most successful social media crowdfunding campaign in Kenya,

and arguably, in the region. In the words of Zawadi Nyong’o, a social media galvanizer, an Africa Cancer Foundation

volunteer and together with Jackson Biko, the force behind this powerful social media campaign:

“Crowdfunding is much like a bushfire. It may start in a small area, but with the wind blowing in the right direction, and

nothing standing in the way of the fire, it spreads fast. In the case of this campaign, it spread so fast that we had to

intentionally stop it. I don’t think anyone has ever tried to raise money in Kenya and asked people to stop contributing

because they had surpassed their goals.”

8 While an initial figure of KES6.4 million (USD60,770 ) had been announced to the public, additional contributions were

received after this announcement as a result of increased awareness. This figure represents the total amount that was

collected via the M-PESA paybill number until its official closure.

9 Estimated impressions means the possible reach based on followers of those who engaged with the hashtag. For

example, if 3 people who have 1 million followers each tweeted, shared, or were mentioned in the hashtag, 3 million (3x1

million) would be the estimated impression.

adudi’s case is not unique - there is an estimated 39,000 new cases of cancer every year in Kenya. Many of these

cases can be prevented, or detected and treated early, saving thousands of lives, and millions of dollars. Please

join the Africa Cancer Foundation (ACF) in realizing our vision of “A Cancer-Free Africa”. To do this, we hope to build

+ Start with you. Get screened. Early detection saves lives

+ Learn about cancer and cancer caregiving

+ Volunteer/Become a member of ACF

+ Make a donation to ACF

his report would not have been made possible without the amazing pro-bono contributions of several people. It

was an incredibly collaborative process that brought together various experts in their respective fields : Emukule

Ekirapa for the mobile data analysis and for conceptualizing and coordinating The Jadudi Report; Louis Majanja & the

mSurvey team for providing the survey platform; Musa Omusi for the amazing graphic design work; Leo Faya for the

report, and designing and driving the social media strategy to disseminate the mobile survey.

WHO CONTRIBUTED USD 5 OR MORE*

USD 10 WAS THE AVERAGE DONATION

(percentage of people who engaged with types of tweets)

(percentage of people who sent out tweets)

HEARD ABOUT THE CAMPAIGN

OR KNEW SOMEONE WHO

HAD BEEN AFFECTED BY CANCER

IN A SOCIAL MEDIA

81% OF PARTICIPANTS WERE FROM NAIROBI, 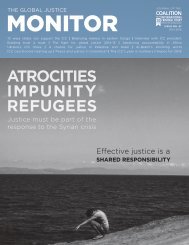 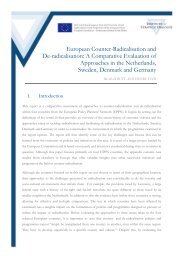 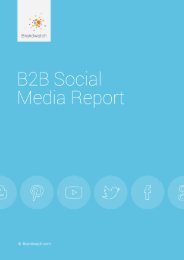 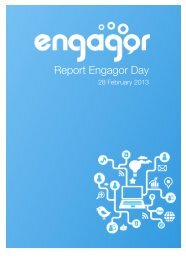 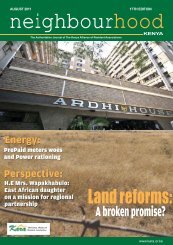 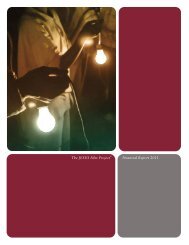 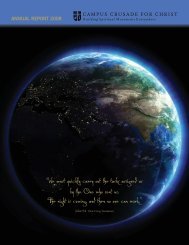