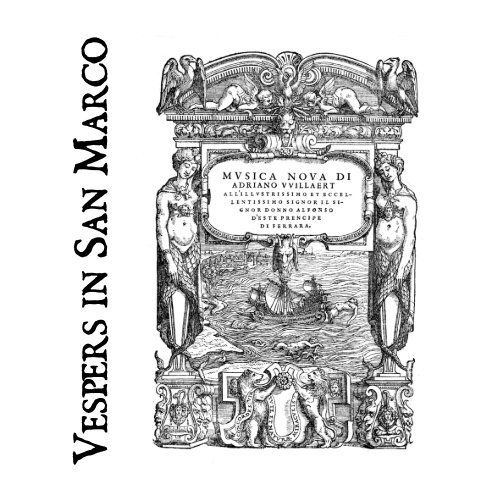 A reconstruction of Renaissance vesperal liturgy in Venice with the music of Adriaen Willaert.

the name Musica Nova. The music however was anything but new. Most pieces seem to had been

composed already at the beginning of 1540s as musica reservata of sorts. The only manuscript copy

of this music was in the possession of one Polissena Pecorina, an expert singer and a friend of

Willaert. A contemporary visitor to one of the musical evenings she hosted described them thus:

"... you would have been amazed if you had heard the divineness which I witnessed here in Venice.

There is here a gentle woman, Polisena Pecorina (consort of a gentleman from my own city) ...

others. The 'perfect maestro' of the music was Adriano Willaert whose diligent inventions are no

longer usual with composers. His music is so well unified, so expressive (dolce) so appropriate

(giusta) and it so wonderfully adorns the words, that I confessed not to have known what music

was in all my days save for that evening." Young Alfonso d'Este of Ferrara purchased this

manuscript at great cost in 1554, had Willaert revise the compositions and the whole collection was

the Nativity of the Lord ‐ which are part of this collection stand out as rather singular and peculiar,

especially considering the supposed original purpose and context of the collection. The cycle

consists of seven motets, five antiphons for the psalms that would be used in both Laudes and

Vespers and two magnificat antiphons, for both first and second Vespers. What made these texts

so special? Polyphonic settings of office antiphons were far from typical, in Vespers polyphony

would mostly be limited to magnificat and hymnus. Furthermore, Willaert is far from the only

one to have written motets on these texts. E.g. at least 18 other settings of the text O admirabile

commercium are known before 1550, including a more well known complete cycle of the first five

antiphons by Josquin. Where would this sort of popularity come from?

We do not have ready and clear answers to these intriguing questions (yet?) but as an indispensable

service for the feast of the Circumcision. Even though these compositions might not have been

friends in a private concert, their liturgical function remains implied and referred to, e.g. by the

liturgical order, plainchant motives they are entirely based on etc. While the original audience

would have been aware of these references and allusions as a matter of course, it is a world almost

entirely unknown to the modern listener, hermeneutical key he is largely missing. Hence the need

to make it that much more explicit.

some of these misconceptions. As a tribute to earlier generation of musicians working in North

Italy we opted also for three psalm settings of Brebis and Martini. Willaert would very likely be

very well served as an inspiration for his own psalm setting, a connection that as far as we know

have not yet been explored. These Ferrara psalm settings survive in two choirbooks, now in Modena,

Biblioteca Estense, covering the vesperal psalter for the whole week. For most psalms only

superius and tenor is written down, and contratenor voice(s) was improvised based on conventional

formulas and rules of counterpoint. This practice will be carefully reconstructed by the singer

For this programme, keeping with what we know about the personnel of the Capella Marciana in

16th century we use 8 singers, 4 instruments (alta capella) and an organ.

The ensemble Cantores Sancti Gregorii was founded in

2013 by Jan Janovcik as an experimental artistic platform

for performance of early music. The ensemble specializes

in sacred and religious music with a special focus on

the inexhaustible power of inspiration that can

be found in beauty and tradition Cantores always strive

to present sacred music in its integral liturgical context,

its 'Sitz im Leben', whether that be in a concert or in an

The ensemble gathers singers who are not afraid to look

for beauty at unexpected places, gives space to both careful

study and use of historical sources as well as the instinctive

and subconscious in improvisation and

ornamentation. In the performance of chant and mediaeval

and renaissance polyphony, music that was often

that is manly and strong.

In 2014 they performed at Canto Aperto festival in Sint 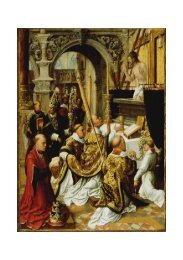 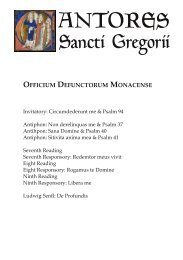 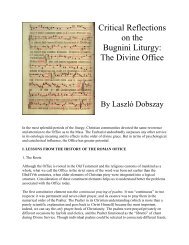