bistate port as a resource for the region. The agency leads the way in creating a vibrant

and engaging facility that not only enables efficient business operations, but

also safeguards our natural resources for those who live and work in the region.

to Improving Our Air,

to federal, state, and local governments.

GOODS From beverages and food, to apparel and furniture, to cars and the

parts they need to operate, the region depends on the port to get

these commodities into stores and homes.

THE PORT OF NY AND NJ

a breath of fresh

OUR REGION’S AIR, WATER, AND LAND:

safeguarding our land and

Through leadership, partnership, and

and New Jersey is transforming operations

at its port facilities with environmental

initiatives that safeguard our natural

resources for today’s generation and those

to come. Because of our continuous

commitment to improving our air, land,

and water and the voluntary efforts of our

York and New Jersey is cleaner and more

environmentally friendly than ever before.

Environmental stewardship is not just about

addressing one aspect of our operations.

It’s about creating a culture of improvement

that addresses all aspects of our operations

and continuously raises the bar on our

The foundation of environmental stewardship

is the Clean Air Strategy, a set of

despite any increase in port cargo. The goals

are annual decreases of 3 percent in criteria

air pollutants and 5 percent in greenhouse

gas, leading to an 80 percent greenhouse

In addition to the Clean Air Strategy,

the port implements a variety of sustainable

environmental benefits. For example, when

we invest in greater rail capacity we can

For environmental initiatives to succeed,

however, they must make good business

sense. That is why the Clean Air Strategy

issues, sometimes through the use of

The port also collaborates with our

partners through the Council on Port

Performance, which is made up of more

than 60 companies and organizations.

This group works together to identify

specific solutions to maximize the port’s

certified. This certification, which was

renewed in 2015, informs our comprehensive

with internationally recognized standards of

The Port of New York and New Jersey

and its partners have invested millions

of dollars to further environmental

results on the quality of air, land,

and water within the port district and

The Port Authority of New York and

of safeguarding our natural resources

for those who live and work in the region.

The agency goes beyond the minimum

requirements set by local, state, and

than $68 million in Clean Air Strategy

initiatives and an additional several

it receives from federal agencies,

The following are the results of the

port’s steadfast commitment to the

environment and the voluntary efforts

incentive and, if needed, a low-interest

loan to replace their trucks that have

engines 2003 and older with newer

federal grant funds have been awarded

to replace 429 old trucks with newer,

The old trucks are scrapped and permanently

removed from the area’s roadways.

financing for newer trucks that are

The filters were free. The program was

funded by the Port Authority, ACCION

n In November 2014, the Port Authority

Board of Commissioners authorized an

additional $2.42 million for the Truck

Replacement Program, which will allow

AND CONGESTION ON THE ROADS

drayage trucks with engines older than

with new units that meet the latest

provides 20 percent of the cost of the

into and out of the port. To date, a rail

compliant or newer engines will be

compliance with Truck Phase Out

n A $3 million program funded by the

to move railroad cars to assemble and

with a set of three smaller clean-burning

diesel generators. Retrofit of a second

switcher locomotive is under way with

reduces trucks and congestion on the

will have the capacity to handle 1.7 million

cargo containers annually. For every

trips and the emissions they generate

overpass at the Elizabeth-Port Authority

Marine Terminal and a truck flyover in

Port Newark have been completed.

freight trucks on the George Washington

Bridge. The program provides an

enhanced corridor for the movement of

goods between Port Jersey and Brooklyn

via water rather than highways.

ATTRACTS THE CLEANEST SHIPS TO

CRUISE SHIPS TO SHUT DOWN THEIR

attract the cleanest ships to our port.

cruise ships to shut down their diesel

generators while at berth and plug into

of the difference between conventional

bunker fuel and low-sulfur fuel at 0.2

must also have participated in vessel speed

reduction (VSR), limiting their speed to

10 knots on inbound and outbound

vessels that participated in this program.

based on the World Port Climate Initiative

achieve. Vessels that participate in VSR

with Tier 2 and Tier 3 engines receive

power capability at the Port Authority’s

shore side electricity. When shore power

result in annual emissions reductions of

of nitrogen oxide, 93 tons of sulfur

dioxide, and 6.5 tons of particulate matter,

all of which will result in roughly $9

traverse the Hudson River. In partnership

with NY City Department of Transportation

and the NJ Clean Cities Coalition, 26

old engines were replaced with newer,

cranes and electronic gates, while

They also transitioned to ultra low-sulfur

fuel for off-road equipment more than

two years before such measures were

n The Port Authority purchased and is

DREDGE MATERIALS FROM THE PORT’S

BENEFIT THE LOCAL COMMUNITY AND

to rail without transiting port roadways,

than 394 acres), have been protected,

habitat improvements. Projects within the

providing wildlife with woodlands and

Port District include Jamaica Bay and the

crossings and New Jersey highways by

wetlands necessary for survival, and the

containerized solid waste and other

commodities by barge and rail.

over the next 10 years to realign, widen,

and improve key roadways at the port.

to obtain a special authorization for the

support for research efforts, including the

New York Academy of Science for its

These projects also serve to reduce

reuse of clean dredge material from the

regions along the harbor. As a result,

n In 2009, the Port Authority constructed a

May 2013, the Port Authority completed

construction of a flyover that links the

PNCT with the Corbin Street facility,

providing a dedicated conduit by which

the PNCT operator can move containers

and protects land in New York and New

n The Port Authority is a key sponsor of U.S.

Study, which provides a comprehensive

strategy for coordinated restoration and

tium, and the Institute of Marine Coastal

Sciences. These research efforts help to

determine sources of contaminants in

the estuary and ways to prevent them, as

to support marine industries and

strengthen efforts to protect marine and

As the third largest port

in the nation and the largest

port on the East Coast, the

serves as an industry leader

in designing and implementing

As shown in the table on the

the full spectrum of pollutants

The average decrease was 27.5

percent in tons/year and 33 percent

TEU, despite an 8.6 percent

increase in cargo volume at

is more than a set of policies

and initiatives. It’s ensuring that

goals are met. That is why

the port monitors and reports

the results of our efforts to

These reports and others are available

At the Port of New York and

New Jersey we measure the

success of our environmental

air emissions due to its

The Clean Air Strategy lays out practical actions that

the port and industry stakeholders can take to reduce

since 2009, when the last Clean Air Strategy was

published, 80 percent of the near term/committed

actions were completed or under way. It also stated

that substantial emission reductions were achieved

across the full spectrum of criteria pollutants when

comparing the 2010 emissions inventory, the latest

available inventory, with the 2006 baseline inventory.

Emissions are reported in the agency’s

The Port Authority of New York and New Jersey recognizes the importance of our bistate port as a resource for the region. The agency leads the way in creating a vibrant and engaging facility that not only enables efficient business operations, but also safeguards our natural resources for those who live and work in the region. JOBS The port supports more than 296,000 jobs representing nearly $18 billion in annual wages. ENVIRONMENTAL STEWARDSHIP: A Continuous Commitment to Improving Our Air, Water, and Land TAXES The port generates more than $6.1 billion in annual tax revenues to federal, state, and local governments. GOODS From beverages and food, to apparel and furniture, to cars and the parts they need to operate, the region depends on the port to get these commodities into stores and homes. 4 WORLD TRADE CENTER | 150 GREENWICH STREET, 17TH FLOOR | NEW YORK, NY 10007 1-888-<strong>PORT</strong>NYNJ | www.panynj.gov/about/port-initiatives.html 6/2105 THE <strong>PORT</strong> OF NY AND NJ 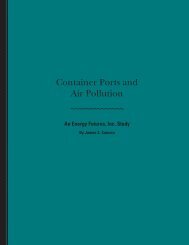 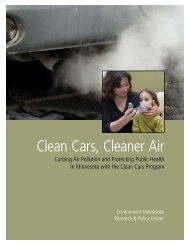 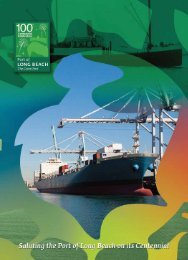 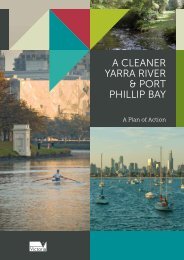 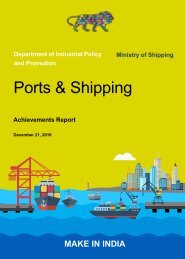 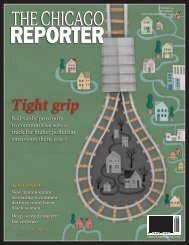 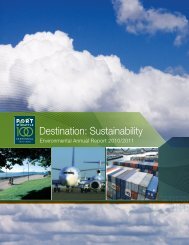 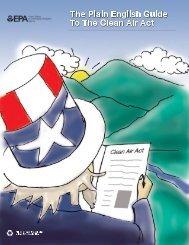 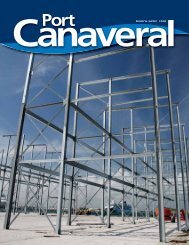 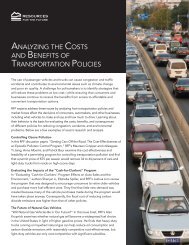 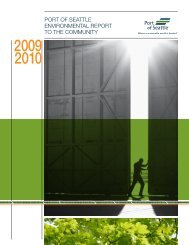 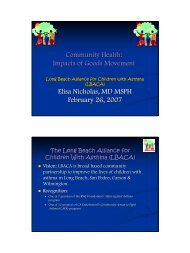 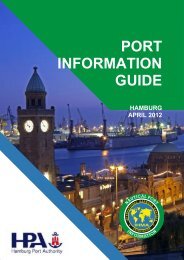