30 local representations worldwide. Being located strategically all over the world,

For maximum competence and market coverage, in many countries Gottwald Port

Technology works together with its affiliate Demag Cranes & Components (DCC), both

operating in closely related crane businesses. The two companies are part of the Demag

Holding that was recently founded by the American finance investor, KKR and Siemens.

and Components have formed a cooperation with respect to their representative network.

Roberto Schulzen, the dedicated manager of the new representation, looks back onto a

long-standing relationship with Demag. “Having been Sales Manager for DCC Argentina for

four years and having worked with DCC some 14 years, I see a new challenge in this mutual

Schulzen, who has been in the material handling business for many years, thus contributing

valuable experience and contacts to the cooperation. “It will be a big challenge to be

with the company and the Regional Sales Manager, Rainer Buessing.”

Argentina is a special market for Gottwald Port Technology, because the company sold its

years ago. The delivery of these cranes was the starting point for the South American

market, today being one of the most important in the world for Gottwald Port Technology.

In recent years, the Argentinian market has stagnated. Nevertheless, with Demag Cranes

& Components, as a competent partner, together with the anticipated economic upswing,

Gottwald Port Technology is facing a promising future in Argentina.

holding company, called Demag Holding S.a.r.l based in Luxembourg, in which KKR have a

81 % and Siemens a 19 % stake. GPT is the global leader in Mobile Harbour Cranes for

container, bulk and general cargo handling. The company is based in Duesseldorf,

Germany, and employs more than 580 people. Through its ‘Automated Port Technologies’

such as conceptual design, operational layout, basic engineering of equipment and 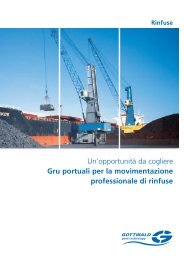 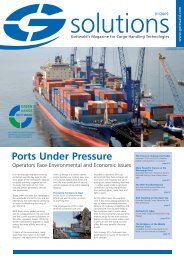 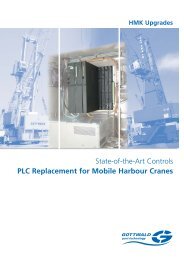 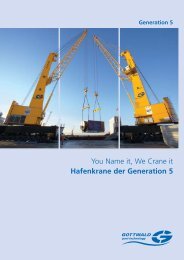 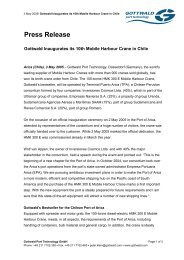 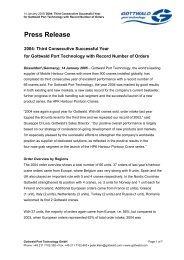 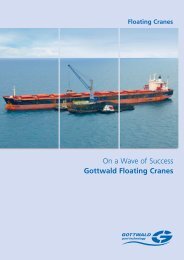 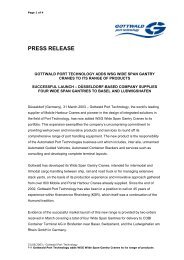 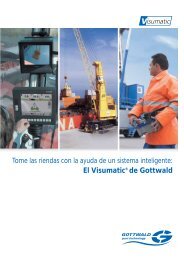 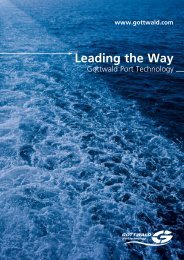 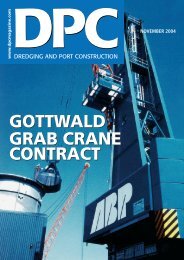 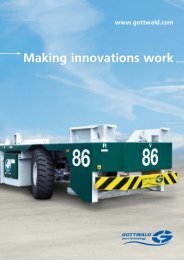 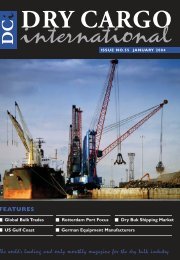 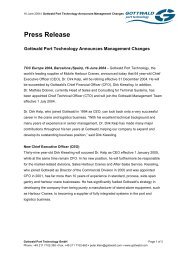