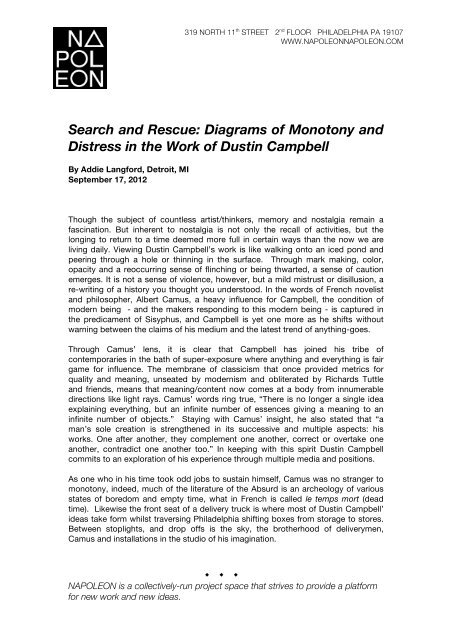 Search and Rescue: Diagrams of Monotony and Distress in the Work of Dustin Campbell

Search and Rescue: Diagrams of Monotony and

Distress in the Work of Dustin Campbell

Though the subject of countless artist/thinkers, memory and nostalgia remain a

fascination. But inherent to nostalgia is not only the recall of activities, but the

living daily. Viewing Dustin Campbell’s work is like walking onto an iced pond and

peering through a hole or thinning in the surface. Through mark making, color,

opacity and a reoccurring sense of flinching or being thwarted, a sense of caution

emerges. It is not a sense of violence, however, but a mild mistrust or disillusion, a

re-writing of a history you thought you understood. In the words of French novelist

and philosopher, Albert Camus, a heavy influence for Campbell, the condition of

the predicament of Sisyphus, and Campbell is yet one more as he shifts without

warning between the claims of his medium and the latest trend of anything-goes.

Through Camus’ lens, it is clear that Campbell has joined his tribe of

game for influence. The membrane of classicism that once provided metrics for

quality and meaning, unseated by modernism and obliterated by Richards Tuttle

and friends, means that meaning/content now comes at a body from innumerable

directions like light rays. Camus’ words ring true, “There is no longer a single idea

explaining everything, but an infinite number of essences giving a meaning to an

infinite number of objects.” Staying with Camus’ insight, he also stated that “a

man’s sole creation is strengthened in its successive and multiple aspects: his

works. One after another, they complement one another, correct or overtake one

another, contradict one another too.” In keeping with this spirit Dustin Campbell

commits to an exploration of his experience through multiple media and positions.

As one who in his time took odd jobs to sustain himself, Camus was no stranger to

monotony, indeed, much of the literature of the Absurd is an archeology of various

states of boredom and empty time, what in French is called le temps mort (dead

time). Likewise the front seat of a delivery truck is where most of Dustin Campbell’

Between stoplights, and drop offs is the sky, the brotherhood of deliverymen,

Camus and installations in the studio of his imagination.

for new work and new ideas.

In his painting, photography and installation, Campbell leaves the viewer grappling

with a sense of incompletion. There the diagram serves to decipher or reduce

predicament into digestible parts. Painted works approach bodily scale as if to ask

the viewer to enter the swirling orbit of line. The sense of a thinking and re-thinking,

or pentimenti - advances and recedes like the drone of the seventeen-year cicada,

waiting for its life to hatch. In each work, and even if it is wispy and spare, there is

The painting, Untitled #1, and photograph, ServiceVeh#17(Flag), both composed

with layered, swirling interiors, are girded by a dense frame. The frame provides

enclosure or a fortress wall that guards an interior space, literally and figuratively.

concern with walking the tightrope between the inspired and profane, the

philosopher providing reassurance that the inspired and the profane need not

destroy each other, but rather inform, enhance and enrich. In his MFA thesis work,

Campbell posed a small male figure, denuded and straining under the weight of a

trades out meaning for movement. Yet all of this thinking is expressed through

pedestrian materials such as work boots, folding gym chairs, and spray-paint on a

wall, a contradiction embodied by the fretful mark making and masking of the

painted canvases. Doubt or apprehension licks at the heels of each finished work.

There is another aspect of the work that hints at scam. The use of thin skins,

painted diagrams on a wall, thin as projections or anti-objects, not even the

thickness of paper, not to be purchased or collected in its exact form, it’s something

you may want but cannot have. Something that cannot be reached stares back

through his work, work inspired from instructional diagrams – a constant effort to

learn how, or to decipher - as, for example, the stars floating in the sky in the

photograph, ServiceVeh#17(Flag), indicate a sense of aspiration, even the blind faith

of patriotism, yet the drab ratchet-strap lurks in the lower quadrant of the work, the

slithering reminder to abandon one’s dreaming and ‘get back to work.’ The

development of this body of images is one to watch.

To continue the concern with the halting process of painting, one notes how the use

of a putty-colored palette evokes erasure. The manner in which Campbell applies

ink or paint to surfaces, walls, hanging terrycloth or wooden slats has a way of

derailing or distracting from original function or intent. He uses this color putty in

chunks and straps to strand or detain fleeting energy, like an anvil dropped on a

The work in every form indicates pending failure, or promises that the subject, be it

up in front of empty chairs, painted to look like training sneakers, their function

altered and abandoned by the wearer, or to revisit our guide, Camus, again from

The Myth of Sisyphus:

is sincere, if it symbolizes that odd state of the soul in which the void becomes

the link that will connect it again, then it is as it were the first sign of absurdity.

segmentation of landmasses through blocks of icing–like color. The qualities of

opacity and thinness are working hard for this artist, and transmitting vibrations

of stability and direction interchanged with fragility and indecision, a reflection

of the culture of this decade and his experience of its shifting terrains.

unknown, like boxes in his delivery truck, is the product of Dustin Campbell’s daily

of absurdity. Campbell’s collective works are like a fascinating, haphazard recording

ended up spliced between home movies of birthday parties. The paintings give a

sensation of peering into a rolling boil, the printed works a sense of control over the

noise created by the distance between memory and unrequited desire. Dustin

Campbell is spear fishing through an ice-hole netting memory, measuring, and

pitching it back, flickering like anchovies into the depths.

* Addie Langford is an artist from Detroit, Michigan, working in painting and

porcelain/mixed media sculpture, and currently teaching as adjunct faculty at 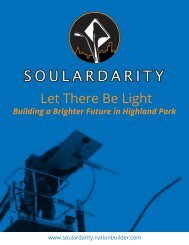 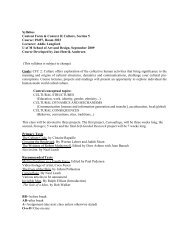 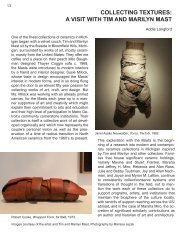 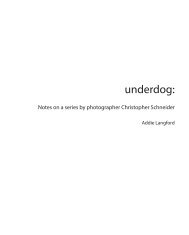 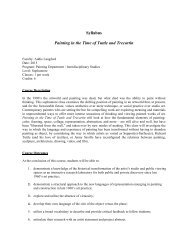 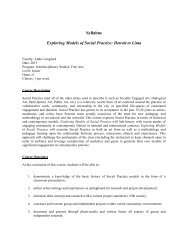 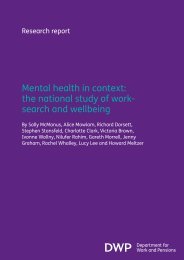 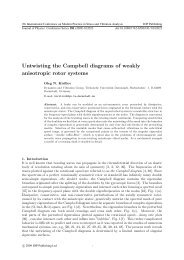 Magazine: Search and Rescue: Diagrams of Monotony and Distress in the Work of Dustin Campbell