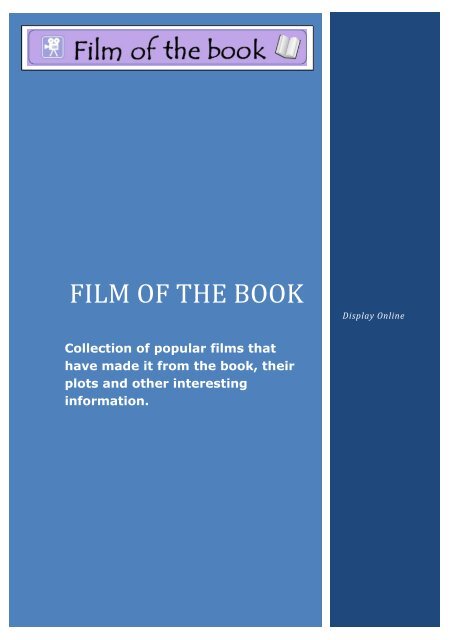 Film of the Book

FILM OF THE BOOK

Collection of popular films that

have made it from the book, their

plots and other interesting

To access the book on Amazon or on the College

Catalogue (OPAC), click on the blue title. If the book

is on the OPAC, the title is prefixed ‘Film’ in red. In this

case you may also access the book details by clicking

on the book cover image.

To see an official trailer of the movie, click in the

centre of the film poster.

For safeguarding, films rated 15 or over are not linked

to Trailers, but to further information.

Film:X-Men: Days of Future Past

The X-Men send Wolverine to the past in

a desperate effort to change history and

prevent an event that results in doom

for both humans and mutants.

Summer Movies Poll, and film fans have spoken. If the

responses to our questions are any indication of popularity and

box office success, then “Guardians of the Galaxy” and “X-Men:

Days of Future Past” are about to have very a big summer. i

Film: Guardians of the Galaxy

In the far reaches of space, an

himself the object of a manhunt after

stealing an orb coveted by the

A vindictive fairy is driven to curse an

infant princess only to realize the child

may be the only one who can restore

Maleficent is a fictional character from Walt Disney Pictures'

1959 film Sleeping Beauty. She is the Mistress of All Evil who,

after not being invited to a royal christening, curses the infant

wheel and die" before the sun sets on her sixteenth birthday.

The character is Disney's

version of the wicked fairy

Maleficent has been called

"one of the most sinister

A soldier fighting in a war with aliens

finds himself caught in a time loop of his

last day in the battle, though he

becomes better skilled along the way.

Book: All you need is kill

When the alien Gitai invade, Keiji

Kiriya is just one of many raw recruits

shoved into a suit of battle armour and

sent out to kill. Keiji dies on the

battlefield, only to find himself reborn

each morning to fight and die again and

again. On the 158th iteration though,

he sees something different, something

out of place: the female soldier known

to Keiji's escape, or to his final death?

Film: Fault in our stars

Hazel and Gus are two teenagers who

conventional, and a love that sweeps

them on a journey. Their relationship

is all the more miraculous given that

Hazel's other constant companion is an

oxygen tank, Gus jokes about his

prosthetic leg, and they met and fell in

love at a cancer support group.

The Fault in Our Stars is award-winning author John Green's

most ambitious and heart-breaking work yet, brilliantly

exploring the funny, thrilling, and tragic business of being alive

"I fell in love the way you fall asleep:

slowly, then all at once."

Despite the tumor-shrinking medical

miracle that has bought her a few years,

Hazel has never been anything but

terminal, her final chapter inscribed upon

diagnosis. But when a gorgeous plot twist

is about to be completely rewritten.

In a seemingly perfect community,

or choice, a young boy is chosen to learn

from an elderly man about the true pain

and pleasure of the "real" world.

In a perfect world, Jonas begins to see

THE GIVER is the classic award-winning

novel that inspired the dystopian genre

and a major motion picture adaptation for 2014 starring Jeff

It is the future. There is no war, no hunger, no pain. No one in

the community wants for anything. Everything needed is

provided. And at twelve years old, each member of the

community has their profession carefully chosen for them by

the Committee of Elders.

there was anything wrong with his world.

But from the moment he is selected as the

Receiver of Memory, Jonas discovers that

their community is not as perfect as it

It is only with the help of the Giver, that

Jonas can find what has been lost. And it is

only through his personal courage that Jonas

finds the strength to do what is right…

The Giver is the award-winning classic of bravery and

adventure that has inspired countless dystopian writers as the

forerunner of this genre.

Film: Before I go to sleep

A woman wakes up every day,

remembering nothing as a result of a

traumatic accident in her past. One

that force her to question everyone

So what if you lost yours every time

you went to sleep?

Your name, your identity, your past,

even the people you love - all

And the one person you trust may

only be telling you half the story.

A story centered on an Indian family who

moves to France and opens a restaurant

across the street from a Michelin-starred

The Hundred-foot Journey is the story of Hassan Haji, a boy

from Mumbai who embarks, along with his boisterous family,

on a picaresque journey first to London and then across

Europe, before they ultimately open a restaurant opposite a

famous chef, Madame Mallory, in the remote French village of

Madame Mallory realizes that Hassan is a

cook with natural talents far superior to her

Film: This is where I leave you

A Jewish family that isn't used to

observing their faith's traditions is forced

to fulfill their father's final wish and sit

Shivah together for an entire week and

with his boss - in the act. He now faces the twin threats of both

His misery is compounded further with the sudden death of his

father. He is then asked to come and 'sit Shiva' for his newly

deceased parent with his angry, screwed-up and somewhat

estranged brothers and sisters in his childhood home. It is

there he must confront who he really is and - more importantly

- who he can become.

Funny, moving, powerful and poignant, THIS IS WHERE I

WIDOWER and Jonathan Tropper at his best.

With his wife's disappearance having

become the focus of an intense media

circus, a man sees the spotlight turned on

him when it's suspected that he may not

THE ADDICTIVE No.1 BESTSELLER THAT EVERYONE IS

What have we done to each other?

These are the questions Nick Dunne finds

himself asking on the morning of his fifth

wedding anniversary, when his wife Amy

Nick. Amy's friends reveal that she was

afraid of him, that she kept secrets from

him. He swears it isn't true. A police

examination of his computer shows

strange searches. He says they weren't made by him. And then

there are the persistent calls on his mobile phone. So what

When the doors of the lift crank open, the

only thing Thomas remembers is his first

by boys who welcome him to the Glade - a

walled encampment at the centre of a

Thomas, the Gladers don't know why or

how they came to be there - or what's

happened to the world outside.

All they know is that every morning when the

walls slide back, they will risk everything -

even the Grievers, half-machine, half-animal

horror that patrol its corridors, to try and find

At the center of Panem is The Capitol and

around it are 12 Districts, each devoted to

a different industry. District 13 was

destroyed in an uprising against the

President and his controllers and since then

each year the remaining Districts must

watch a teenager fight to the death in an

Hunger Games until just one survives.

Against all odds, Katniss Everdeen

has survived the Hunger Games,

But now that she's made it out of

symbol of a mass rebellion against

Can Katniss save her family, can she save

A chronicle of the life of Louis Zamperini, an

Olympic runner who was taken prisoner by

the author of ‘Seabiscuit’.

On a May afternoon in 1943, a US bomber crashed into the

Pacific Ocean. After an agonising delay, a young lieutenant

finally bobbed to the surface and struggled aboard a life raft.

So begins one of the most extraordinary odysseys of the

The lieutenant’s name was Louis Zamperini.

As a boy, he turned to petty crime until he

discovered a remarkable talent for running,

which took him to the Berlin Olympics. But as

war loomed, he joined up and was soon

embroiled in the ferocious battle for the

of miles of open ocean on a failing raft,

dogged by sharks, starvation and the enemy.

Driven to limits of endurance, Zamperini’s fate, whether

triumph or tragedy, would depend on the strength of

Click into the book centre to view an official trailer

Film: Heaven Is for Real

A small-town father must find

the courage and conviction to

Film: The Two Faces of January

A thriller centered on a con artist,

his wife, and a stranger who try to

flee a foreign country after one of

them is caught up in the murder of

Rose Hathaway is a Dhampir,

guardian of the Moroi, peaceful,

within our world. Her calling is to

Film: Sin City: A dame to kill for

The town's most hard-boiled citizens

Cross paths with some of its more

A woman who survived

the brutal killing of her

family as a child is forced

to confront the events of

that day by a secret

i Read more: at http://www.hitfix.com/news/x-men-days-of-future-past-guardians-of-the-galaxy-lead-oursummer-movie-poll#ocsmKW1ivyIyfVop.99 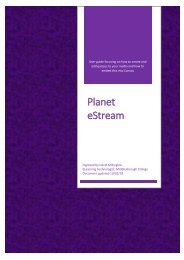 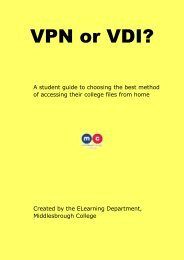 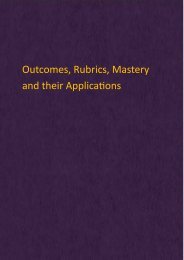 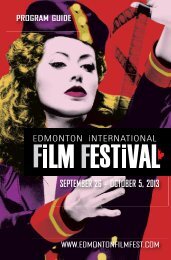 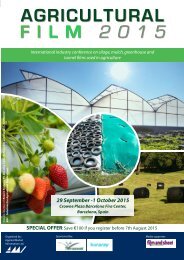 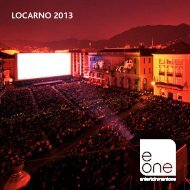 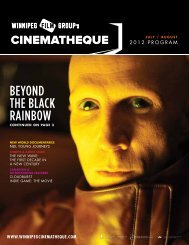 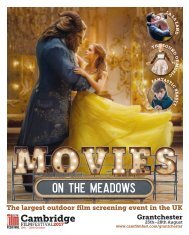 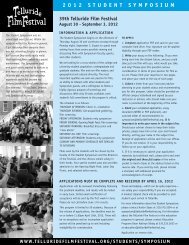 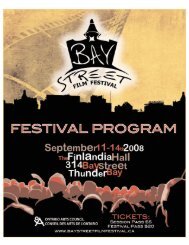 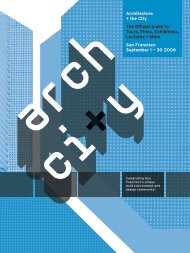 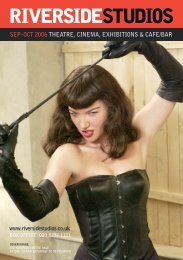 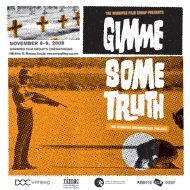 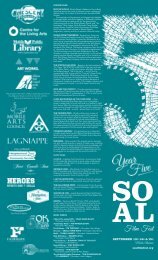 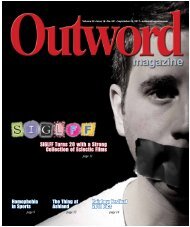 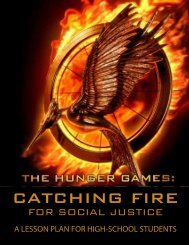 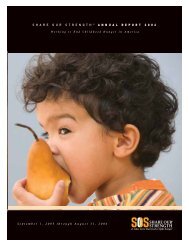 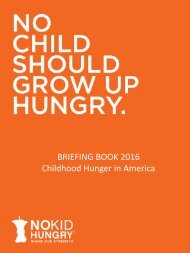 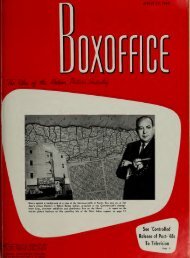 Magazine: Film of the Book