Sister publication of AveMariaLiving.com - the inaugural edition of the print magazine. Ave Maria, Florida - the town with a Catholic heart.™©

field, martial arts, reading, sailing, fencing, book-writing, video game playing, and coding, to name a few. While their schedules haven?t always been full with the multitude of activities they are now, Daniel and Monica are no strangers to long days and packed schedules. The two met while Monica was studying ceramics and sculpture at -Quote Carnegie Author Mellon University and Daniel was finishing up his degree in art history while working as an art conservator at the Carnegie Museum of Art in Pittsburgh, PA. They fell in love and Daniel proposed while on a seven-week bike trip together in Europe. Monica, who was a cradle Catholic, although not practicing her faith at the time, wanted to get married in the Catholic Church. This was a bit of a problem for Daniel, who was a practicing Christian, but had no real allegiance to any particular denomination at the time. His problem came with the vow to raise his future children in the Catholic faith. Daniel took this vow very seriously. After discussing it with his own family and because it was something that Monica felt strongly about, the two were married in the Catholic Church. Before they got married though, shortly after their engagement, Daniel left Pittsburgh to put his journalism degree to use by taking a job in management at a daily newspaper in his hometown of Wooster, OH. Monica wasn?t thrilled about the idea of moving to Wooster, so she stayed in Pennsylvania believing it might be easier to find work somewhere she was already comfortable. It didn?t take her long to realize that she needed to be where Daniel was, ?I was like, ?what am I doing? I?m ruining this relationship I?m supposed to be in? Daniel proposed! This isn?t just dating anymore? I had made a commitment to Dan. And ultimately, I missed him? that was really the biggest part. So I moved to be with him,? Monica said. While she was happy to be with Daniel again, she struggled to find work. They would often talk about starting a business that they could do together and Monica was interested in the nascent coffeehouse industry. As fate would have it, while Daniel?s parents were on their yearly vacation to Sanibel Island that year, they had noticed that a coffeehouse called The Bean had gone up for sale. Monica said, jokingly, ?let?s buy it.? Next thing she knew, Daniel had obtained the financing to purchase the business and they were looking for the least expensive house available on the island. They quickly sold their house in Ohio and moved to Sanibel sight unseen. After a year of working and learning, Daniel and Monica expanded the business and The Bean of Sanibel Island became a smash hit. It had a cool island vibe, great staff, and the Dixes were always there forming relationships with their customers and working alongside their staff. They had no problem pulling in revenue; they could make their rent payments from souvenir sales alone. They sold t-shirts, mugs, and popular bumper stickers that said ?I heart the Bean.? They asked their customers to take photos of themselves with their Bean bumper stickers and to send them the photos to hang on the shop wall. Their customers did not disappoint? the walls were full of photos. Due to their success, they decided to open not just one, but three more coffeehouses? two in the new Fort Myers airport and one in Cape Coral? all of which were wildly successful not only in providing a good caffeine fix, but in offering a place for people to come together. Continued on Page 14 ___________________________________________________________________________________________ 12 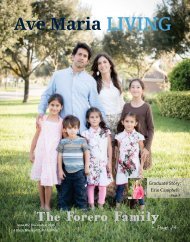 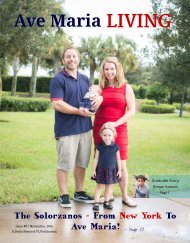 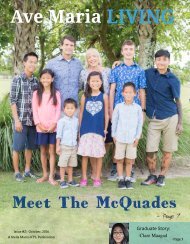 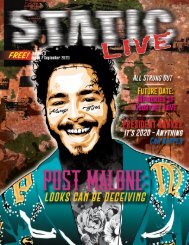 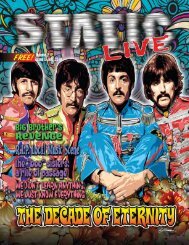 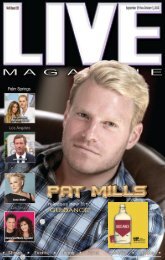