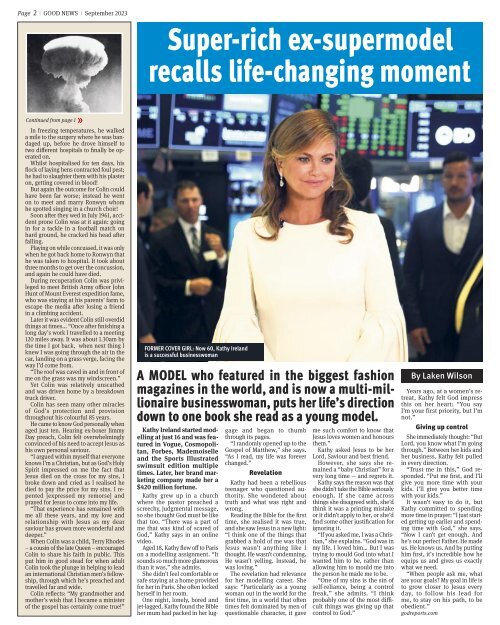 Life on drugs was no ecstasy for school drop-out

but his life was saved with the help of his mum

JUSTIN Battiste lost all hope as

his life descended into a nightmare

of drug addiction – yet

today he describes himself as “a

As a youngster at school, Justin was

and struggled to interact with other

people. Although he did well in his

classes early on, for the last two years he

rebelled because he felt let down and

He started hanging around with older

teenagers. “I felt that I fitted better with

them,” says Justin. But as a result he

After leaving school and starting work,

hold on to them due to the drugs.

“My life was now in a downward spiral

as I started taking speed, acid and

I thought I could control my drug taking,

but I lost the respect of my family.

Addiction landed me in prisons and

mental hospitals. The drugs stripped me

of all morals and values. I didn’t value my

life; I actually loved the drugs more than

There was one time when his drug

taking stopped – after finding the girl who

would become his wife, and having his

But after their second child, Justin’s

sank back into drug use. When she was

unfaithful and they split up, his life was

totally derailed: “I ended up in a secure

with reality. When I came out I never

really managed to take control of my life

cocaine on a daily basis. “Everything I

said I would never do, I did – such as

injecting drugs and stealing from my

family. I brought nothing but shame and

misery to my family and I was no longer

fit to be a dad. I could only see as far as

promised, just before he returned to

He said: “I am leaving you with a gift—

peace of mind and heart. And the peace I

give is a gift the world cannot give. So don’t

Of course, that doesn’t mean we don’t

get fearful. We are all human. And Jesus

knew that, which is why he had to keep

telling his disciples not to be afraid!

I remember experiencing this peace that

“exceeds anything we can understand”

when my father died when I was young. I

should have been upset and afraid, and

for a time I was. But when I turned in my

heart to God, I received his wonderful,

my next hit and I would go to any length

“I was banned from all the shops in

Ipswich due to shoplifting, so I turned to

burglary and petty crime to fund my

addiction. All hope I ever had just

disappeared. I tried to take my life on a

few occasions. I was in and out of prison

and just going round and round in circles,

PEACE IN THE STORM

I was held in his eternal arms.

That peace can help you face tomorrow

– whatever may come. And help you through

This is truly “a gift the world cannot

give”. It is only available to those who know

Jesus and trust him as their Lord and Saviour.

Yet it can be yours today – if you truly want

it. God is only a prayer away.

As God told Joshua: “Do not be afraid or

discouraged. For the Lord your God is with

you wherever you go” (the Bible, Joshua

If you want to know how to receive Jesus

into your life, see our ‘Help for Readers’

It was Justin’s mum who finally got

through to him. She took him to a church

where, at the end of the service, Justin

made the decision to become a Christian.

Justin recalls: “There were tears [of joy]

that day, and I now know that with God’s

help I can do anything I put my mind to.

“My mother noticed a change in me, as

did my brother who took me into his

home with open arms for the New Year.

Justin Battiste the strength to

I spent my first Christmas at home free of

the first time and it worked. A year after

finding faith in Jesus, he said: “I am

amazed at how far I have come in a year.

I was homeless, living on the streets in

Ipswich with no hope. I am now

transformed into a loving, caring father,

“I have managed to make amends to

my family. I love life now, more than ever

before, and it’s God I have to thank for

saving me. My mother and father prayed

a long time for me. Through times of

despair, they never gave up hope.

“I was always a taker and never

thought of giving anything back, but

today I am blessed to be able to give back

to society by working as a volunteer at

the drop-in centre at a local church. I am

able now to show kindness and love to

the vulnerable and homeless.

“I am also singing in the worship

group in my church which is something

I love, and I’ve applied for a job with an

organisation that helps people to recover

from drug addictions. God can use me

and my past experience.

“One verse in the Bible which means a

new creation; the old has gone, the new

has come.’ This sums up what has

GOOD NEWS I Summer 2020 I Page 3 Star of Harriet had more in common with her character than race and gender INSPIRATIONAL: A scene from the movie where Harriet prays. Inset: Cynthia Erivo, who plays Harriet Tubman CYNTHIA Erivo was Oscar-nominated this year for her role as American abolitionist Harriet Tubman in the movie Harriet. The authenticity of her acting was helped by more than just being, like Harriet, black and a woman. Cynthia also shares the faith of her character, whose trust in God gave her the strength to escape slavery. In 1849 Tubman fled her captors, walking nearly 100 miles to find freedom. Then she went back 19 times, helping at least 70 other slaves to escape via a network of secret routes. Later, Tubman led a raid to liberate slaves in the Civil War. Later still, she was active in the women’s suffrage movement. But as the movie’s director, Kasi Lemmons, said: “I don’t think you can tell the story without it [her faith]. If you look at everything that she says, she attributes her journey and her success to a higher power and her connection to God.” Tubman’s Christian faith is highlighted throughout the film. Many called her “the Moses of her people”. A biographer of Tubman, Kate Larson, told Breaking Christian News that Tubman had a “profound deep faith that guided her, protected her”. In fact, at key moments she prayed for God to guide her and received the right way to go to avoid recapture. Cynthia says she prayed before going on set each day. She states: “I do have faith … I believe in God.” Ambo TV reported that when Cynthia acted a scene where Tubman was praying, she was praying herself: “The only thing I could do, really, to centre myself was to pray. I was listening to gospel music just before I went in. As I walked to say that prayer, it didn’t feel like I was just saying it as Harriet. It felt like I was saying it as me.” Erivo told Movie Guide that working on the film strengthened her faith: “Harriet was led by her faith, and in that, I was encouraged to search for my own, be braver about mine and talk more about it.” According to The Guardian, one incident on the set seemed like direct divine intervention. Tubman herself wrote that at the exact moment when she first crossed the state line to freedom, “the sun came like gold through the trees and over the fields, and I felt like I was in heaven.” On the day when the same pivotal scene was being filmed, it rained nonstop. But at the very last moment, the clouds parted into a glorious sunset, complete with a double rainbow – and the light shone down. JOSEPH SHABALALA: 1940-2020 ONE of Africa’s greatest musicians passed away in February – Joseph Shabalala, at the age of 78. Joseph started the male choral group Ladysmith Black Mambazo – which found a global audience after featuring on Paul Simon’s award-winning 1986 album, Graceland. Joseph’s death went almost unnoticed in the UK media, yet his worldwide musical influence is legendary. The producer of the Lion King film and musical has said it would never have happened without the inspiration of Joseph Shabalala. Sales of Graceland reached over ten million copies, and Ladysmith Black Mambazo, which had its first incarnation way back in 1960, continues to this day! Joseph grew up on a farm in KwaZulu-Natal, and as the eldest child when his father died, had to work to support the family. From those humble beginnings he was destined to travel the world with his family-based group and be hailed as a cultural ambassador for South African music. He would be invited, with Ladysmith Black Mambazo, to sing at Nelson Mandela’s presidential inauguration, and was ultimately granted an official funeral with President Cyril Ramaposa and dignitaries from across South African society in attendance. The a cappella group’s mission was to spread ‘Love, Peace and Harmony’, which arose from the Christian faith Joseph acquired in 1976 and that sustained and motivated him for the rest of his days. He and his wife both became pastors, but his songs did his preaching. He composed around 500. The group’s first big hit was Nomathemba, a love song, but the name itself means ‘Hope’ and at a time when black Africans were oppressed by Apartheid, it represented a much deeper political and Christian message. For Joseph there was always hope, even through suffering. His faith in Jesus Christ did not save him from life’s tragedies – but it did provide the strength to bear them. His brother and group member ‘Headman’ was shot and killed in 1991; in 2004 his brother Ben was also shot and killed, and two years later brother Jockey died in South Africa while the band were in the USA. The biggest blow came in 2002 when his wife Nellie was shot and killed outside her home. Joseph pursued the gunman but was himself shot and his hand injured. But his passion for music and traditional sounds was undimmed, leading him to establish the Ladysmith Black Mambazo Foundation and the Joseph Shabalala Foundation to support young people. One of his most well-known compositions was called Homeless – a statement on the social situation in South Africa – but Joseph now has a home in heaven. Jesus said: “In my father’s house there are many mansions” and Joseph knew that there was one waiting for him – where he now resides! The world will remember Joseph’s music, but those who knew him personally have paid tribute to the modesty, humility and generosity that his faith in God inspired. African music legend joins heaven’s choir By Mike Popplewell ROYAL INVITATION: Ladysmith Black Mambazo performing at The Queen’s Birthday Party in 2018 at the Royal Albert Hall Raph/Flickr 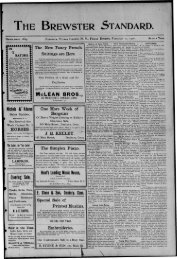 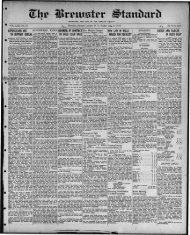 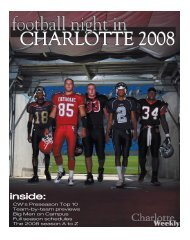 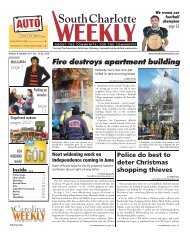 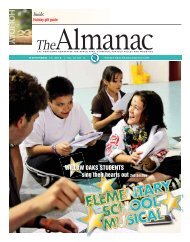 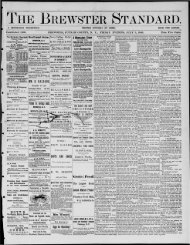 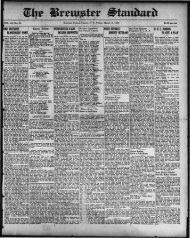 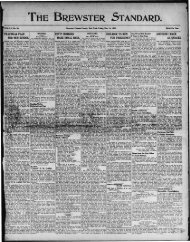 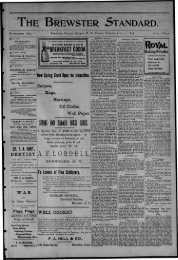 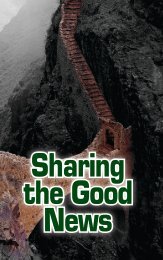 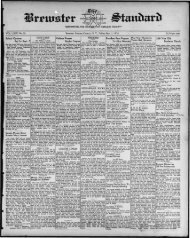 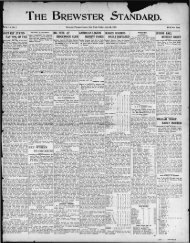 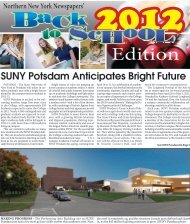 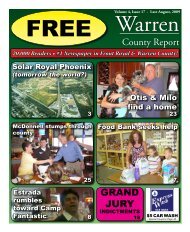 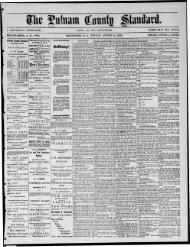 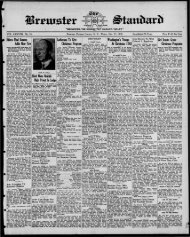 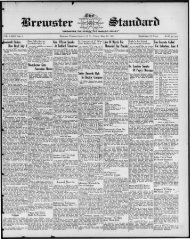 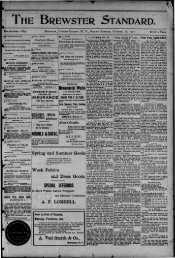 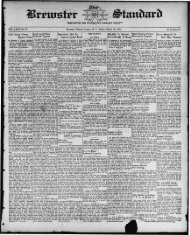 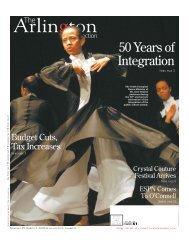 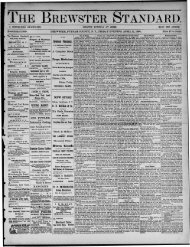 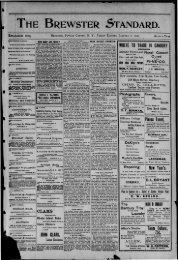