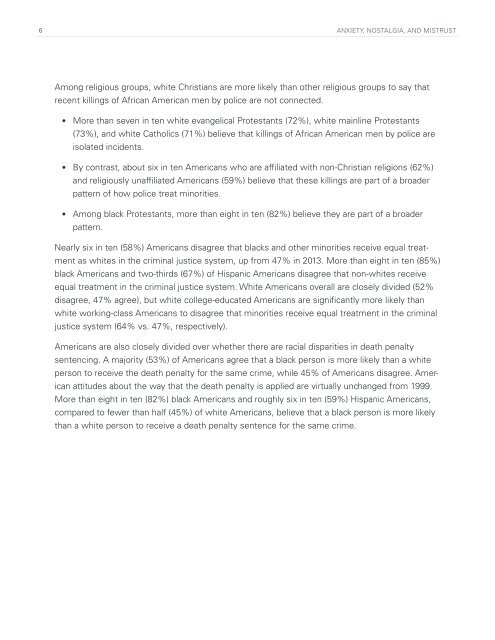 recent killings of African American men by police are not connected.

(73%), and white Catholics (71%) believe that killings of African American men by police are

• By contrast, about six in ten Americans who are affiliated with non-Christian religions (62%)

pattern of how police treat minorities.

• Among black Protestants, more than eight in ten (82%) believe they are part of a broader

sentencing. A majority (53%) of Americans agree that a black person is more likely than a white

person to receive the death penalty for the same crime, while 45% of Americans disagree. American

attitudes about the way that the death penalty is applied are virtually unchanged from 1999.

compared to fewer than half (45%) of white Americans, believe that a black person is more likely

than a white person to receive a death penalty sentence for the same crime.