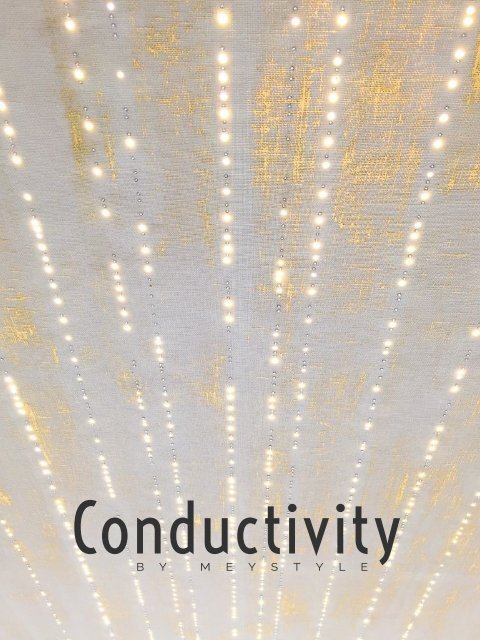 The Conductivity collection is a celebration of the ubiquitous yet mysterious power of electricity. The designs dig into the infinitesimal world of the atom and its scientific representation as a source of visual inspiration. Simple geometric elements like the line and the circle are used to express the beauty of the natural world in its most essential form.

The Conductivity collection is a celebration of the ubiquitous yet

mysterious power of electricity. The designs dig into the infinitesimal

world of the atom and its scientific representation as a source

of visual inspiration. Simple geometric elements like the line and

complexity of chemical and physical phenomena.

subatomic particles generating the prodigy of light itself. Different

wavelengths and levels of light intensity combine into dynamic

compositions suggested by the way electrons interact. Each design

expresses the beauty of the natural world in its most essential form.

The Conductivity collection echoes its fascination with nature also

in its choice of materials, ranging from refined linens and cotton

canvases to elegant silks. A variety of metal accents, notably

electricity's best companions enrich the natural properties of each

All designs are available with incorporated

LEDs and Swarovski crystals upon request.

The Golden Resistance is a conceptual

phenomenon of flowing electricity into an

astonishing cascade of light particles. The

use of LEDs echoes the interaction of

advantage of the way electricity varies in

intensity to create the illusion of energy

moving, when in fact it is always still. Once

the lights are off, the texture of the linen

tangible luxury feel to the environment.

The Light Module design is conceived

as a feature that will become the eyecatcher

with the unpredictability of destiny.

The contemporary feel of the design

is reinforced by the raw elegance of

the underlying texture making use of

The Ohm design is an upbeat statement

of colour psychedelia. We have revisited

the concept of LED Wallpaper Chandeliers,

introduced in our previous collections,

from a playful perspective. The organic

shape is complemented by the sparkling

metallic qualities of the natural silk with

When turned on, the haphazard distribution

of floating LEDs creates an unpredictable

The Plasma design is a brave rhapsody

of contrasting hues. The careful

combination of warm and cool tones

lights. This design is an homage to the

lovers of bright colours and bold

statements. The pattern can be

accentuating the swirling nature of the

The scientific representation of atomic

structures becomes the blueprint for this

series of designs, dictating the position

of the LEDs on the surface of the wallpaper.

Each design makes use of different metal

– to enrich and enhance the luxurious linen

The Rose Black Wire is a simple, geometric

design created for the contemporary

romantics. Its abstract beauty is inspired

by the graceful balance characterising

metallic structures that adorn the urban

landscape, such as bridges and old gas

supported by generous applications of

silver leaf, complements and finishes the

industrial chic aesthetic of the piece. 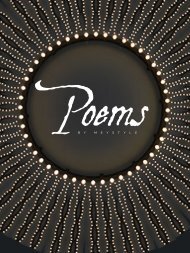 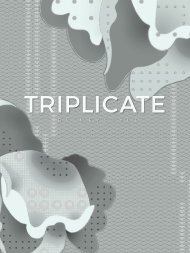 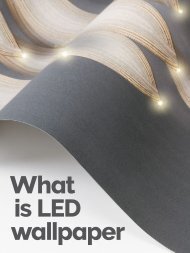 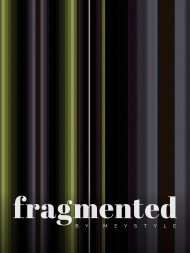 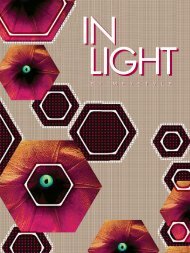 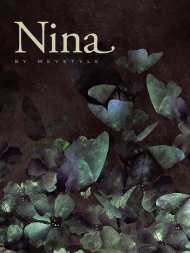 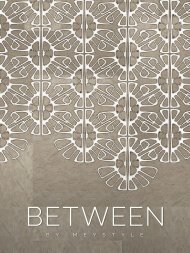 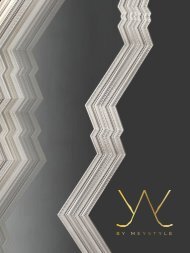 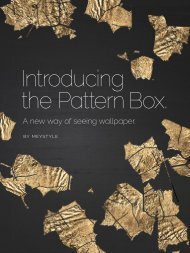 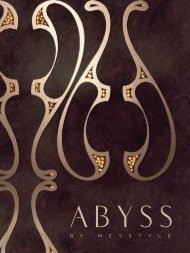 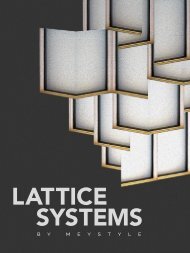 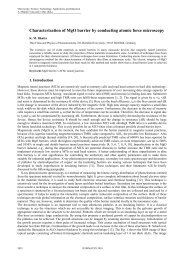