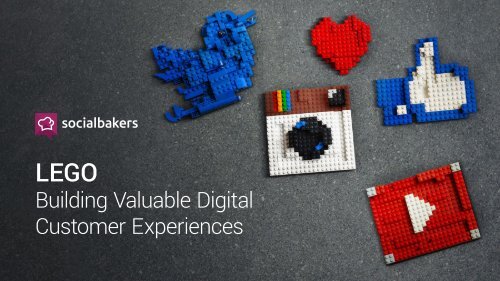 LEGO is one of the world’s most valuable global

They’ve taken that success to social media, too. LEGO has

developed a customer-centric social media strategy that is

devoted to its customers and the worlds they create. They’ve

used social media to build platforms that encourage their

audiences to contribute new ideas for their products, while

with their products. To find the best social media practices from

and Instagram. What are the building blocks of their success,

and how can you apply that to your brand?

Posted about 6 videos per day on YouTube, and they received

an average of 3.5 million views per day

In 2014, LEGO built their way to becoming the world’s most profitable toymaker. Sales soared across the

globe with the help of The LEGO Movie’s $500 million 1 gross at the box office, creating a surge in demand

for those colorful plastic bricks (the company sold 60 billion plastic pieces in 2014 alone). In 2015, at an

bases such as Harry Potter, SpongeBob SquarePants, and Star Wars 3 .

estimated value of over $5 billion, for the first time LEGO became one of the world’s top 100 2 most valuable

brands to compare with iconic brands such as Apple, Google, Toyota, McDonald’s, and more.

LEGO has embraced social media with open arms, viewing it as a valuable two-way communication

channel. Understanding what types of conversations their fan base wants to have with the brand is helping

Despite the digital age vying for kids’ attention, LEGO is proof that tablets and smartphones have not

replaced analog toys. It’s hard to imagine that just 12 years ago the Danish company was one brick away

creative concepts from their community for new products with handsome rewards for the creators.

from disaster. The tale of the 84-year-old Scandinavian company from Billund, Denmark, is truly remarkable

four family generations, and recovered from near bankruptcy in 2004 to put themselves back together again

adapting their best practices for your brand.

The successful turnaround is built on their ability to stay relevant in the eye’s of children and parents alike.

Fans per month!). The toymaker publishes an average of 5 posts per week, each with a specific purpose. They

cleverly incorporate their products into all of their content by featuring their LEGO sets and creations in images,

and short movies and stop motion videos to show their figures in action.

The post alone generated more than 100,000 organic Interactions! It’s important to note that it wasn’t just

a picture of the iconic LEGO box set; it included a 23-picture album depicting the minifigures in various

scenarios. This gave customers an exclusive look before the box set even hit stores, and successfully sparked

conversations that created instant demand two months before they were made available to the public.

Using the social media analytics in Socialbakers Solutions, we were able to determine which posts received

of The Simpsons Kwik-E-Mart set and the expansion of minifigures.

have benefited more from directing users to the website

where they can purchase the product directly. They could

When it comes to creating engaging content, it’s important to understand what your audiences interact with most. This will

enable you to create content with a focus and help you to improve by looking at past successful posts. Benchmarking from

your past activity, and that of your competitors, will help you to discover the best formula for generating even better results.

We analyzed more than 5,900 brand Pages across Facebook and found that roughly 62% of posts were photos, receiving

75% of Interactions. LEGO was not far off from producing that much photo content; however, their volume of video

interactions were nearly the same as those garnered by photos.

We’ve seen that brands keep moving towards the use of more video, especially native Facebook video. In LEGO’s case,

Did you know that responding to your customers’ comments and queries also generates Interactions? In Q1 2016,

Socially Devoted brands (those that reply to 65% of questions posted by Fans) received 3.1x more Interactions

Strike the Right Balance of Paid and Organic Content

post promotion is no longer an option. And with so much competition in the News Feed, especially during special

events and the holiday season, to gain a competitive edge you’ve got to know how much your competitors

the toy-maker promoted 20% of their posts on average.

LEGO attracts more Interactions from organic content than paid posts. Our show that LEGO promoted the most posts

When it comes to being part of popular conversation, it’s all about timeliness to cut through the noise of the News

Feed. Remember the white and gold and black and blue dress 5 ? LEGO reacted swiftly to take part in the conversation

and promoted their post. Out of LEGO’s top 10 posts by Interactions, this was the only promoted post which garnered

71,500+ total Interactions. It’s difficult to react to events that are unfolding in a timely and funny way, but if you manage

well, it can get you a lot of attention.

Did you know that responding to your customers’ comments and queries also generates Interactions? In Q1 2016,

Socially Devoted brands (those that reply to 65% of questions posted by Fans) received 3.1x more Interactions

LEGO gained ⅓ of their more than 320,000 Followers on Twitter in 2015, and received more Interactions on their Tweets in

2015 than in 2014. The toy-maker is successfully taking advantage of Twitter’s real-time marketing capabilities which can

They Tweeted their iconic Star Wars minifigures standing in line to see the Force Awakens the day before its premiere.

conversation. As a result this Tweet received nearly 8,200 total Interactions.

LEGO received the most mentions in mid-July during Comic-Con, for which

they crafted a clever content strategy to keep their Followers engaged

during the event. LEGO had a Periscope live stream and also launched

competitions that gave Followers the chance to win thematic prizes. Their

second- and third-most interacted Tweets in 2015 were Comic-Con themed.

of hashtags for your campaigns, and encourage your Followers to use them.

80% more Interactions. The brand boasts an Instagram community of nearly 883,000, more than half of which

they captured in 2015. In Q3 of 2015, the toy-maker shared more videos than pictures compared to the general

Comic-Con, and LEGO’s animated series The Mixels, Nexo Knights, Ninjago are most prominent.

‘LEGO’ was excluded from this word cloud.

One of Instagram’s greatest features is the ability to use up to 2,200 characters for photo captions, giving ‘grammers

a high-end magazine). Instagrammers seem to be so enthusiastic about the things they follow that they’re more than

willing to read a bit to learn more about the image or video they’re seeing. According to Socialbakers data, in Q4

- and ‘grammers can’t get enough.

LEGO could have made far better use of the photo caption to generate even more Interactions. For instance, they could

is composed of 4,000 green blocks” etc., and explained where the display was located to encourage more people to see the

installation. People would naturally take photos and use the designated hashtags. As a result, attendees would help increase

LEGO’s visibility and add to their brand awareness. The toy-maker could have seen even more interactions by making some

sort of contest with user generated content (e.g. you need to find the installation, take a picture with Hulk in the coolest costume,

and use the designated hashtag).

LEGO’s top 10 hottest posts by Interactions were Star Wars, Back To The Future, and Comic-Con themed. People

just love to look at life-size creations made of LEGOs. It’s no wonder LEGO’s #1 post in 2015 was Hulkbuster, made

completely out of LEGO blocks, “having a smashing time!” with his opponent at the Comic-Con in San Diego.

The post generated more than 41,400 total Interactions with the use of relevant hashtags. LEGO uses fewer hashtags

5 hashtags, ahead of than the general benchmark of 71%.

If you want to succeed on the platform, it’s important you have the right tools. With Instagram analytics in Socialbakers

Solutions, you can see how you compare with your competitors, learn the tricks of Instagram’s en gagement

leaders, and apply them to your strategy to complement your cross-platform social media performance.

LEGO clearly values their massive YouTube channel, and so do their 1.1+ million Subscribers. They create a ton of content (about 6 videos per

day) that is sorted in playlists by category like short movies, superheroes, cities, and languages. People can see new stories every day which

since Q1 2013 - their videos received more than 460 million views. This can also be attributed to gaining over 600,000 new Subscribers, most

of which they attracted in Q4. LEGO’s top video displaying a Frozen-themed castle accumulated more than 10 million views.

For a business to succeed today, it takes more than just being present on social networks - it’s about creating digital

experiences that your customers value. Customers expect a brand-relevant experience that caters to their needs

and desires, and a company that interacts with them in a language that’s fitting - this is what builds a loyal following.

To be a social brand requires one to see the value of how social media can strengthen marketing goals, brand

awareness, and drive ultimately revenue. Only then can a marketing team work towards creating content that

complements these efforts and incorporates social media into the business.

LEGO understands the importance of their following and the strategic role social media plays for the brand.

Their Fans/Follower s/Subscribers are not just a vanity metric, they help to improve their name in the eyes’ of

customers, and are a powerful resource for their innovation strategy. Fans are at the heart of what they do and

LEGO’s social media strategy pays tribute to them and their worlds – after all, it’s about the memories they make

from the stories they create with those plastic bricks. LEGO’s content strategy focuses on three aspects: social

Watch the full presentation about LEGO’s content strategy from their Global Director of Social Media & Search,

“The social needs - why are they are on there? Connect with consumers. What are their human needs

on social media, and how can we connect with that? Social media is nothing but a set of technologies

that enhance our human nature. Humans are hard-wired to social communication; that is within our

DNA. As a business, we need to understand our social needs of our consumers before we take part

Don’t hesitate to get in touch with your account manager

or contact us at sales@sociabakers.com to find out more! 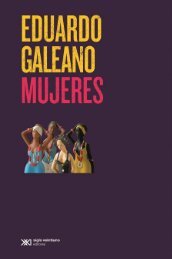 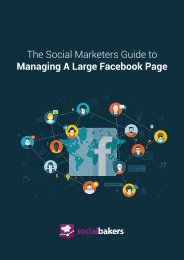 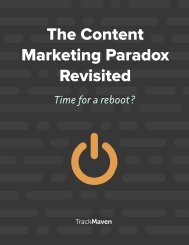 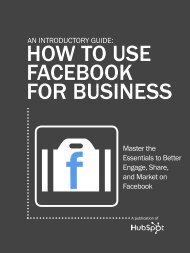 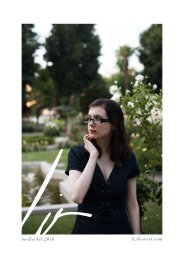