ON THE COVER: Cuban street scene

The state of religious freedom is fragile in

Bulgaria. To be a Bulgarian is to be Orthodox.

The Bulgarian Constitution gives each citizen

religious freedom. This means people have the

right to their own private beliefs, but not the

right to promote those beliefs. Many obstacles

arise when we want to organize an evangelistic

event. Bulgarians are expected to not speak

about personal faith in general, but evangelizing

children and youth is even perceived as a crime.

their faith in class, and we cannot advertise

Christian events in schools and universities. We

are not allowed to go to schools or universities

without permission, or allowed to hold

events there, because religious propaganda

is forbidden in these institutions. We recently

team to help us with evangelism. I called English

teachers to ask whether they would like a few

Americans to visit a class and share with them

interest, but they all explained they needed to

speak to their directors first. Just one out of five

of the directors allowed us in their school to

meet with the students.

We are also not allowed to host street

evangelism events unless we obtain permission

by the city council. Since any public event we

creative ways to host these events. Even at

go on. The excuse? We are a secular state. But

secular in Bulgaria is understood to mean

Religion is delicate. Though the government

is secular, the dominant religion is the

one percent of the population) are national

traitors and heretics. Even if someone wants

to come to church, he or she is constantly

discouraged by family members or friends. Not

many people are willing to swim against the

As politicians try to pass laws to restrict already

freedom is at stake. If we remain silent now, we

of communism in Bulgaria, and the spread of

the gospel will be even more difficult.

Read more of the story.

Trif and Vanya with their children: Stefan, Deborah,

Thaw them out with a Money

Free Will Baptist Foundation, with

rates and great service will

• Husband to Becky (“love of my life

• Father to Daniel (lives in France

and Johanna in TN

• Currently planting a church in

• Initially planned to serve in Japan,

but God brought the Riggs to France

Learn more about the Riggs’ journey to France.

Read more about Steve in France.

Which do you prefer?

Do you say soda, pop, or coke?

Team from Bethel FWB in Kinston, NC, in front of

the house they worked on in Hokkaido.

The Hanna Project group in Kazakhstan

Men work in Hokkaido with The Hanna Project.

Click to view more photos of THP in Kazakhstan

My U.S. Adventure, by Deborah Trifonov

As I boarded the plane in Sofia, Bulgaria,

on August 12, I was overwhelmed by the

evident grace of God in my life. Looking

out of the tiny round window, I thought

about the new adventure I had been

blessed with. I was starting the journey to

I love making plans. But of course, God’s

plans for my life are often very different

from the way I picture them. Growing up,

I knew I was going to graduate from high

school before moving on to university

in a small town in Central Bulgaria,

where I would prepare for my future as a

missionary and an English teacher. Yet,

as often happens in my life, God had a

slightly different plan for me.

And so on that same beautiful day in August, I arrived in Nashville,

Tennessee. As it turned out, God gave me the opportunity to enroll in an

not just any American

Growing up in Bulgaria,

I went to a public high

including my sister and

Christians to be cult

a lot of bullying and ridicule in school for being a Christian. So imagine

my excitement when I came to Welch, a college where people know Jesus

and worship Him every day. This new school of mine is truly an answer

I never thought I would study in the United States, and at times it is

difficult to cope with homesickness, my busy schedule, and studying, but

whenever it gets hard I remind myself of all of the blessings in my life.

Once I do that, suddenly the burden of my workload seems to disappear!

In these big changes I am experiencing in my life, I have learned two very

important things: God is faithful and God knows our hearts.

Our Heavenly Father knows our biggest dreams, and He knows the ones

we consider insignificant, too. Once we submit everything to Him and

allow Him to fulfill His plan for us (and not make our own human plans),

He is faithful to lead us in the paths He has prepared for us. This is what

He did for me. And I’m forever grateful for it!

Read what Debbie misses about Bulgaria.

IMages: How should Christians living in America

respond to these attacks?

FW: Again, pray. Pray for protection from these

events. Pray the Lord will be glorified among

the nations rather than His Name be used to

condone acts of violence and loss of life. Pray

share the Good News of Jesus’ love and His gift

of salvation with everyone around us. Pray the

Holy Spirit will lead and guide us, as well as give

us the words to say that will peak the interest

and prick the hearts of those we are engaging

An Interview with THP Field Workers

Field workers serve in many areas, including

France. France is a spiritually dark nation, and

as immigrants from North Africa make their

way to Europe for safer lives, the field is open

in France. Because of the dangerous nature

of THP field workers’ mission, this interview is

IMages: What would you want Christians in

America to know about Muslims?

FW: A good way to learn about Muslims is to

befriend a Muslim. Get to know him or her.

Probably, no matter where you are, someone

in your community follows Islam...maybe a

coworker, an acquaintance at your child’s school,

or even a neighbor just down the street. Form

a relationship, hang out, live a life of Christ in

front of him. Ask questions, get her opinions on

you will discover they are not bad people, they

are not pro-violence, and they have the same

concerns as you do about what is going on

in the world. Build a friendship and pray for

them. That is exactly what we do every day.

IMages: How do you respond to the increasingly

IMages: How can we pray for Muslims in France?

FW: Pray those trapped by the lies of Islam

will realize it is a false religion leading them to

IMages: How can we pray for the French?

FW: Pray the French church will be an example

and witness of Christ to everyone around them,

found, among many French Christians, the idea

of evangelism is somewhat of a new concept.

Pray they will find strength and encouragement

in sharing their faith and hope in Jesus with

Two participants in this year’s College

Mission Program reflect on their time

serving at a camp in Cuba

I’m thankful for our strategic partnership with Cuban

Think back to last week in church. How many

people were distracted by their cell phones

while the pastor brought the Word of God to his

congregation? Technology can be a beautiful

thing, but you cannot ignore its often negative

influence on my generation.

In the past, Cuban churches have had the

unique privilege of minimal distractions. I have

and over those three years it was amazing to

available. With the U.S. government opening

relations with the Cuban government, and

more and more Americans traveling to the

island, the number of people who own cell

phones and who have access to the Internet has

increased exponentially. The trend of increasing

is just an example of how the spread of the

gospel is being affected by changing political

Technology like cell phones is the tip of the

iceberg—just the start of a culture shift in Cuba.

As Cubans struggle to find truth amid an already

The beautiful thing about the island is that

the people there are so genuine; they value

community and real relationships. It can be

hard to find those genuine relationships in the

modern world, where we delicately balance

the benefits and disruptions technology offers.

As more modern technology makes its way to

Cubans, they will have to fight a battle to avoid

becoming consumed by it. Please help me pray

for my Cuban friends as they are in the front

lines of the battle for God in Cuba.

The state of technology for most Cubans

If you have ever been to Cuba you know that

time doesn’t matter as much as relationships

do. One day as I was working in the comidor

(cafeteria), a young Cuban invited me to join

her for a prayer meeting following the evening

service. At first, I was hesitant and selfish,

prioritizing my sleep above this prayer meeting.

But the Holy Spirit convicted me. At the youthled

and three Americans gathered in a circle and

prayed for families, the youth of Cuba, and other

bleating in the distance, vicious mosquitos,

and persistent fatigue distracted us, but I was

encouraged by the Cubans’ commitment to

gathering convicted me: I had not been treating

prayer with the same urgency as my Cuban

brothers and sisters. May we never forget the

importance of relationships and prayer.

maintain and run the Free Will Baptist Seminary

where the camp happens every year.

Michael Hunter with Lemuel and Giselle 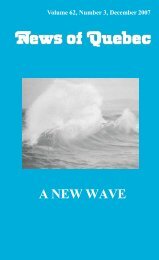 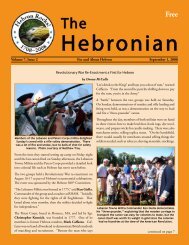