Top: The Young Bull & Herdsman Sculpture (as photographed in stereo) at the Melbourne Art Gallery and Museum - now the State Library Victoria.

Top: The Young Bull & Herdsman Sculpture outside the Royal Agricultural Society of Victoria building at

The Young Bull and Herdsman sculpture that

greets visitors to the RASV was first exhibited

at the Royal Academy, London in 1887 and

The sculpture was originally displayed in the

National Gallery of Victoria which, together

with the Museum of Victoria and State Library

of Victoria, shared the building complex

The Young Bull and Herdsman was gifted to

the RASV by the National Gallery of Victoria

Made of Sicilian marble, the Young Bull and

Herdsman, is the work of renowned British

a talented and prolific artist who enjoyed

the patronage of the British Royal family and

members of the aristocracy. Queen Victoria

greatly admired his work and appointed him

Sculptor in Ordinary to the Queen in 1881.

Albert several times and their daughter

Princess Louise, Duchess of Argyll, was his

The majority of Boehm’s works are portrait

busts but his great works include the colossal

the Duke of Wellington in Hyde Park, Duke

of Kent in St George’s Chapel and General

George and the Dragon (1885) currently sited

outside the State Library Victoria.

CREATING THE YOUNG BULL AND HERDSMAN

The earliest reference to a Young Bull

and Herdsman sculpture on an 1869

created a miniature bronze by this name.

At least four examples of the miniature

were sold and they can be found today

in the Victoria & Albert Museum, London

and in private collections. The miniature

is largely the same as the marble

sculpture but there are minor variations

in the pose and the bronze is much more

textured in comparison to the marble.

The popularity of the miniature led

version, which was shown at London

International Exhibition in 1871 with a

price tag of 500 guineas for plaster and

1000 guineas for a bronze sculpture.

(There do not appear to be any sales of

the work in plaster or bronze with the

the original plaster from Boehm’s estate

In 1887, Boehm reproduced the Young

Bull and Herdsman in marble and it

was prominently placed in the Central

Hall of the Royal Academy, London and

reproduced in several periodicals. The

work, together with St George and the

Dragon, was shipped to Melbourne for

The Young Bull and Herdsman recently underwent an extensive

conservation treatment to repair and stabilise it.

Proactively caring for and conserving our artefacts will ensure that

the rich history of the RASV lives on for future generations. 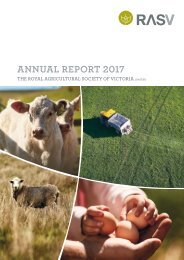 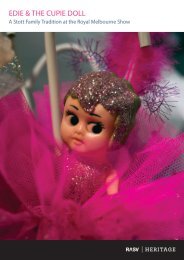 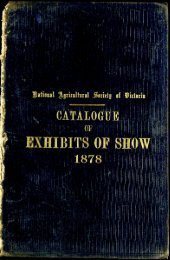 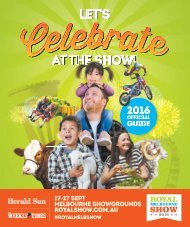 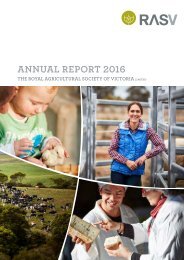 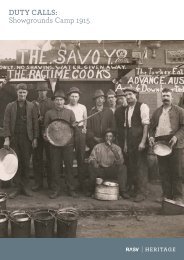 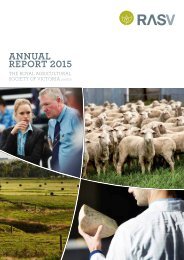