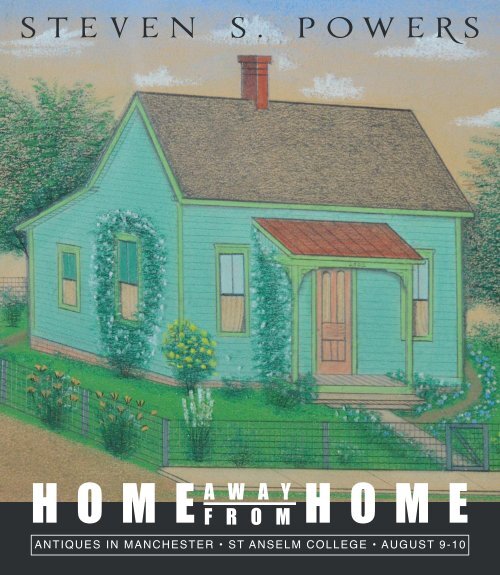 HOME AWAY FROM HOME

Each year thousands of people make the pilgrimage to Antiques Week in New Hampshire. For many, it’s like a home away from home—the collective shows are a huge house, with diverse dealers occupying different rooms—each inviting you in to explore, learn and take away a little bit (or a lot) of their home to yours.

“Home Away From Home” is a collection of Folk Art & Americana assembled for exhibition and sale at Antiques In Manchester: The Collector's Fair, August 9-10, 2017. Additional information: stevenspowers.com

Each year thousands of people make the pilgrimage to

Antiques Week in New Hampshire. For many, it’s like a

home away from home—the collective shows are a huge

each inviting you in to explore, learn and take away a little

bit (or a lot) of their home to yours.

“Home Away From Home” is a collection of Folk Art &

Americana assembled for exhibition and sale at Antiques

a breechcloth with genitals exposed.

as the exotic or demonized as the savage “other,” through overly

generalized depictions based on broad stereotypes. Though some

illustrations show women with exposed breasts and men with buttocks

peeking through their breechcloth, sculpture of this nature is hitherto

A large and exceptional recumbent lion

carved out of the solid of anthracite coal.

Such carvings are rare.

couple decades. It is speculated that they originate from Sullivan

Chicago, IL." William M. Dee was a manufacturer in sewer pipe and fire

on the front and back.

A compelling American Folk Art portrait of a

young woman with her right hand over one

breast and her left hand holding a closed fan and

a crumpled handkerchief. Though the meaning

of the staging is unknown, it likely has a

A charming survivor (with dried yolk

still within). The dyed egg is scratch

carved with a bird on a tree with a

complex star at the apex. It is signed

“E. Witmer” and tells us a little

something about the weather, “It is

on a river or lake with a bear coming up behind him, a

thunder storm with sharp lightning, a fish out of the

creel, a 'No Trespassing / Private Property' sign, a spilt

bottle, and a sinking boat...but there is a rainbow on

the horizon! I am not a fisherman, but I guess the

message here is, "I'd Rather Be Fishing."

I have had several great Civil War / GAR

anything on this scale.

In the form of an hourglass, the entire

surface is carved from a 40lb. timber. The

lower half in high relief with large stars,

crossed rifles, cannons, swords, and the

medal of the Grand Army of The Republic

including a flag and an eagle.

The upper half has a repeating star and

Only one of these I have seen. In the manner of Civil

of James Hammond of the Ohio Volunteer Infantry,

Signed and inscribed on verso: “The old

Metcalf house in Hallowell Built during

In 1792 Joseph Metcalf built the above house.

He was a furniture maker and planes bearing

his name are known.

Signed and inscribed on

Exhibitions: The Playhouse, Boothbay, ME 1963; Farnsworth Art Museum, Rockland, ME,

An unusual portrait sculpted out

of a large lead water pipe. The

whole has a remarkable gun-metal

paint remain on the forehead and

A most remarkable Folk Art

and complex by Mother

Nature herself. A small lead

on his right side (proper).

Found on a farm between Port

A large an unusual portrait of Abraham Lincoln

Oil on canvas on metal substrates

himself were advertisements that hung over the

windows of his truck.

One shows him working a floor sander in a room

(which is rendered in an exaggerated perspective)

and the other shows a brightly painted house on a

hand holding a glass bottle. It might be a take off of

On a custom base.

Wool over perforated board

the period. A large Victorian

home is wrought along a brick

wall with an iron gate. A mill,

tracks and a tunnel, as well as a

farm and “The Cathedral of All

Many of the buildings are

finished with windows that have

An exceptional example of a large Fred Alten animal.

Fred Alten was a machinist in Wyandotte, Michigan

and carved animals based on illustrations in Jonson’s

Book of Nature. A garage full of his works was found

thirty years after his death.

Panther, the whole is masterfully hewn with a

Ireland immigrated to Brooklyn, NY in 1920.

Semiatin was a member of the Brooklyn

Society of Artists and exhibited at The

he move towards abstraction and developed a

friendship with James Johnson Sweeney of

Semiatin's first one-man show was at the

(notable as the gallery that introduced Mark

Semiatin’s work is in many collections

including: The Houston Museum of Modern

Folk Art Pipe with Two Men Around The Bowl 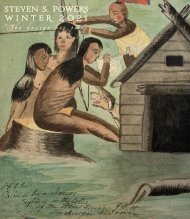 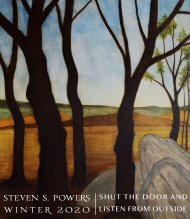 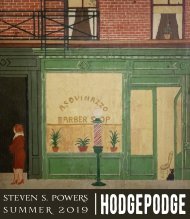 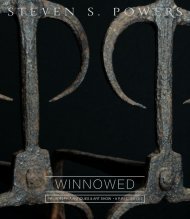 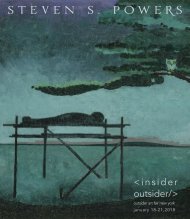 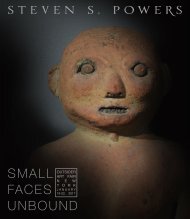 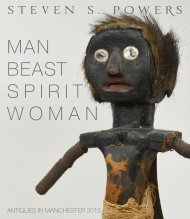 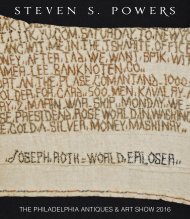 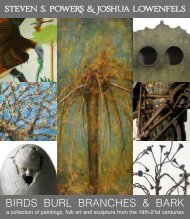 Magazine: HOME AWAY FROM HOME