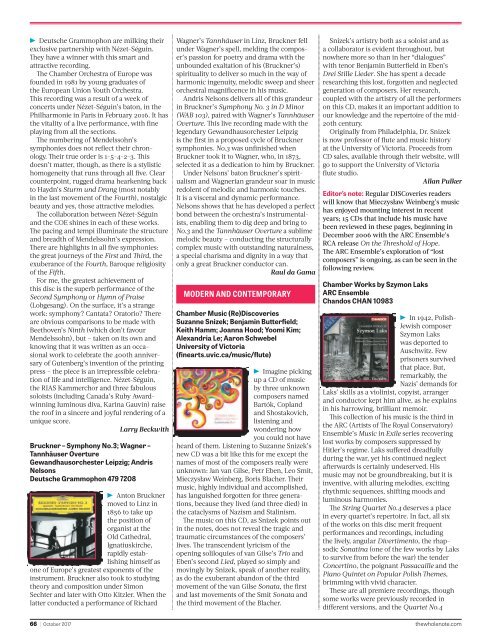 In this issue: several local artists reflect on the memory of composer Claude Vivier, as they prepare to perform his music; Vancouver gets ready to host international festival ISCM World New Music Days, which is coming to Canada for the second time since its inception in 1923; one of the founders of Artword Artbar, one of Hamilton’s staple music venues, on the eve of the 5th annual Steel City Jazz Festival, muses on keeping urban music venues alive; and a conversation with pianist Benjamin Grosvenor, as he prepares for an ambitious recital in Toronto. These and other stories, in our October 2017 issue of the magazine.

In this issue: several local artists reflect on the memory of composer Claude Vivier, as they prepare to perform his music; Vancouver gets ready to host international festival ISCM World New Music Days, which is coming to Canada for the second time since its inception in 1923; one of the founders of Artword Artbar, one of Hamilton’s staple music venues, on the eve of the 5th annual Steel City Jazz Festival, muses on keeping urban music venues alive; and a conversation with pianist Benjamin Grosvenor, as he prepares for an ambitious recital in Toronto. These and other stories, in our October 2017 issue of the magazine.

! Deutsche Grammophon are milking their

They have a winner with this smart and

The Chamber Orchestra of Europe was

founded in 1981 by young graduates of

This recording was a result of a week of

concerts under Nézet-Séguin’s baton, in the

Philharmonie in Paris in February 2016. It has

the vitality of a live performance, with fine

playing from all the sections.

The numbering of Mendelssohn’s

symphonies does not reflect their chronology.

doesn’t matter, though, as there is a stylistic

homogeneity that runs through all five. Clear

in the last movement of the Fourth), nostalgic

beauty and yes, those attractive melodies.

The collaboration between Nézet-Séguin

and the COE shines in each of these works.

The pacing and tempi illuminate the structure

and breadth of Mendelssohn’s expression.

There are highlights in all five symphonies:

the great journeys of the First and Third, the

exuberance of the Fourth, Baroque religiosity

For me, the greatest achievement of

this disc is the superb performance of the

Second Symphony or Hymn of Praise

(Lobgesang). On the surface, it’s a strange

are obvious comparisons to be made with

Mendelssohn), but – taken on its own and

knowing that it was written as an occasional

work to celebrate the 400th anniversary

of Gutenberg’s invention of the printing

press – the piece is an irrepressible celebration

of life and intelligence. Nézet-Séguin,

the RIAS Kammerchor and three fabulous

the roof in a sincere and joyful rendering of a

moved to Linz in

one of Europe’s greatest exponents of the

theory and composition under Simon

Sechter and later with Otto Kitzler. When the

latter conducted a performance of Richard

under Wagner’s spell, melding the composer’s

passion for poetry and drama with the

unbounded exaltation of his (Bruckner’s)

spirituality to deliver so much in the way of

orchestral magnificence in his music.

Andris Nelsons delivers all of this grandeur

in Bruckner’s Symphony No. 3 in D Minor

Overture. This live recording made with the

is the first in a proposed cycle of Bruckner

symphonies. No.3 was unfinished when

selected it as a dedication to him by Bruckner.

and Wagnerian grandeur soar in music

redolent of melodic and harmonic touches.

It is a visceral and dynamic performance.

Nelsons shows that he has developed a perfect

bond between the orchestra’s instrumentalists,

enabling them to dig deep and bring to

No.3 and the Tannhäuser Overture a sublime

a special charisma and dignity in a way that

only a great Bruckner conductor can.

up a CD of music

you could not have

heard of them. Listening to Suzanne Snizek’s

new CD was a bit like this for me except the

names of most of the composers really were

has languished forgotten for three generations,

because they lived (and three died) in

the cataclysms of Nazism and Stalinism.

The music on this CD, as Snizek points out

in the notes, does not reveal the tragic and

traumatic circumstances of the composers’

lives. The transcendent lyricism of the

movingly by Snizek, speak of another reality,

as do the exuberant abandon of the third

movement of the van Gilse Sonata, the first

and last movements of the Smit Sonata and

the third movement of the Blacher.

Snizek’s artistry both as a soloist and as

a collaborator is evident throughout, but

nowhere more so than in her “dialogues”

with tenor Benjamin Butterfield in Eben’s

Drei Stille Lieder. She has spent a decade

researching this lost, forgotten and neglected

generation of composers. Her research,

coupled with the artistry of all the performers

on this CD, makes it an important addition to

our knowledge and the repertoire of the mid-

is now professor of flute and music history

at the University of Victoria. Proceeds from

go to support the University of Victoria

will know that Mieczysław Weinberg’s music

has enjoyed mounting interest in recent

years; 15 CDs that include his music have

been reviewed in these pages, beginning in

December 2006 with the ARC Ensemble’s

RCA release On the Threshold of Hope.

The ARC Ensemble’s exploration of “lost

composers” is ongoing, as can be seen in the

and conductor kept him alive, as he explains

in his harrowing, brilliant memoir.

This collection of his music is the third in

the ARC (Artists of The Royal Conservatory)

lost works by composers suppressed by

during the war, yet his continued neglect

afterwards is certainly undeserved. His

music may not be groundbreaking, but it is

The String Quartet No.4 deserves a place

in every quartet’s repertoire. In fact, all six

of the works on this disc merit frequent

performances and recordings, including

the lively, angular Divertimento, the rhapsodic

Sonatina (one of the few works by Laks

to survive from before the war) the tender

Concertino, the poignant Passacaille and the

These are all premiere recordings, though

some works were previously recorded in

different versions, and the Quartet No.4 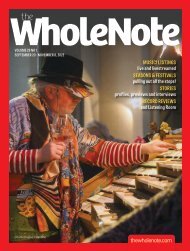 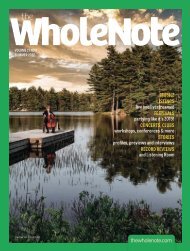 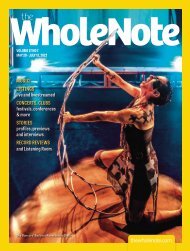 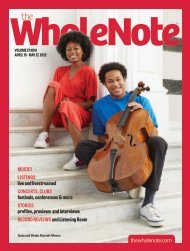 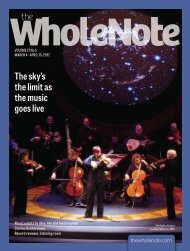 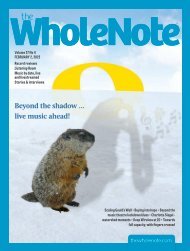 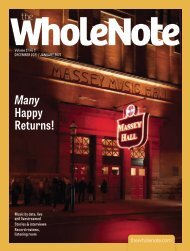 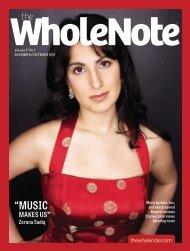 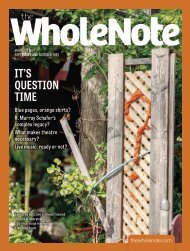 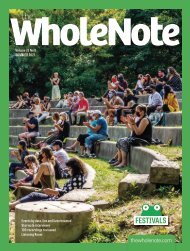 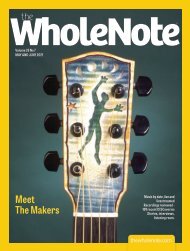 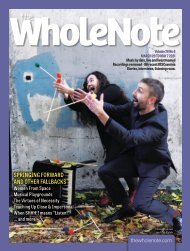 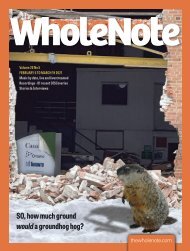 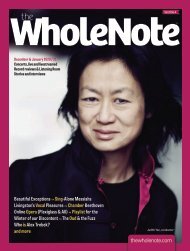 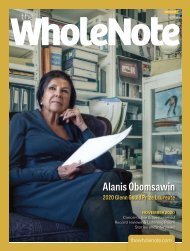