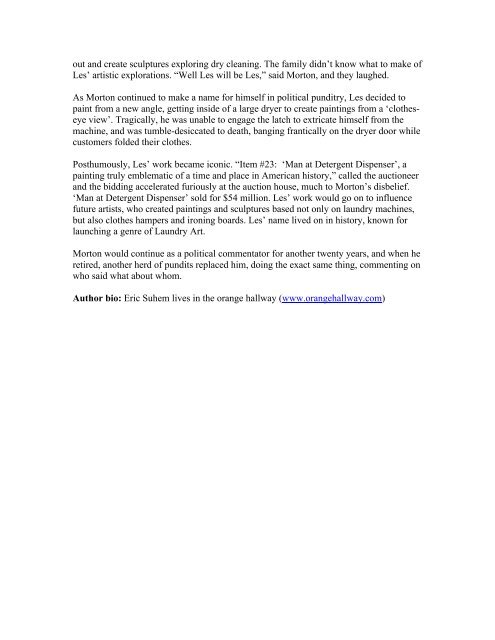 Clockwise Cat Issue 38, aka Klox and Katz Ink, is dripping with delightful decoration of the Verse, Visual, reView and inVective variety!
Poems exploding from our inkwells include those from authors Mary Newell, Jeri Thompson, Heath Brougher, Featured Femme Tara Roeder, Holly Day, AJ Huffman, Daniel Crocker, Ken Allan Dronsfeld, Austin Alexis, Judith Huang, CL Bledsoe. Further bursting forth from our inky loins are satires and rants by Steven Singer, Jon Wesick, Fred White, Selah Grenewood, Eric Suhem, Joshua Hall. And our canvas is positively bleeding visuals by the eminent talents Sheila Murphy and Bob Heman, plus collages and photomanipulations by Nelly Sanchez, Erica Olson, and Seigar. But wait - there's more! Our pages are sticky with the reviews of the latest CDs by Kendrick Lamar and Run The Jewels, as well as appraisals of recently released flix Kedi, Detroit and Julieta. We even showcase an interview with the AfroSurreal Writers of Oakland, California! So whaddya waitin' fer? Get thee to the inkery! www.clockwisecat.com

out and create sculptures exploring dry cleaning. The family didn’t know what to make of

Les’ artistic explorations. “Well Les will be Les,” said Morton, and they laughed.

As Morton continued to make a name for himself in political punditry, Les decided to

paint from a new angle, getting inside of a large dryer to create paintings from a ‘clotheseye

view’. Tragically, he was unable to engage the latch to extricate himself from the

machine, and was tumble-desiccated to death, banging frantically on the dryer door while

painting truly emblematic of a time and place in American history,” called the auctioneer

and the bidding accelerated furiously at the auction house, much to Morton’s disbelief.

‘Man at Detergent Dispenser’ sold for $54 million. Les’ work would go on to influence

future artists, who created paintings and sculptures based not only on laundry machines,

but also clothes hampers and ironing boards. Les’ name lived on in history, known for

launching a genre of Laundry Art.

Morton would continue as a political commentator for another twenty years, and when he

retired, another herd of pundits replaced him, doing the exact same thing, commenting on

who said what about whom.

The Political Pundit By Eric Suhem At the journalism award dinner in Washington D.C., Morton was honored for his accomplishments. “As a member of the Fourth Estate, I take my responsibility as a journalism professional seriously. It is a privilege to play a role in the shaping of public opinion, as we cannot underestimate the importance of a well-informed citizenry.” Clutching his journalism award coffee mug, Morton pontificated on such subjects as the roles of televised <strong>and</strong> printed news in society, the fracturing impact of the Internet on traditional news sources, <strong>and</strong> the blurred line between news & entertainment. He went on <strong>and</strong> on, as those in the room stared into their phones. Morton became a commentator on the role of media in politics, sparring it out with those on the other side of the political fence in televised roundtables. He established himself as a fixture in the world of political punditry, <strong>and</strong> constantly provided opinions. On most televised appearances, Morton was indignant about what the other critics had said about what he’d said, <strong>and</strong> vice-versa. He began to be a powerful force on social media, tweeting comments on the reactions to his previous observations, offering essential input to the conversation on the public square. Morton knew that it was necessary for him to respond to the tweets <strong>and</strong> posts, as a high volume of amplified social media interaction would guarantee a higher amount of interest in his remarks. One day, on his way to a power lunch, Morton walked by a laundromat, where he saw his brother Les inside, painting a watercolor of a clothes dryer. Les was an assistant at the laundromat, who on his free time created abstract paintings of washers, dryers, rolling wire clothes baskets, <strong>and</strong> other clothes-cleaning items. “You know, Les, it’s important to make a difference, to do something for which you’ll be remembered,” said Morton, feeling the familiar pang of disappointment in Les’ life choices. Les just smiled, <strong>and</strong> continued painting. The owner of the laundromat was happy to let Les display his paintings on the walls, near the washers <strong>and</strong> dryers. Les enjoyed creating acrylic paintings of detergent, <strong>and</strong> his current interest was to focus on aspects of Tide, with ideas for a future project about Clorox bleach. One day, Les decided that he liked the angle of the sunlight at the laundromat. “I’m becoming intrigued by the play of light <strong>and</strong> shadow on Dryer #3,” said Les to one of the laundromat’s customers, who shrugged <strong>and</strong> continued folding her clothes. Les decided to embark on a new art project focusing on Dryer #3. At family gatherings, Morton regaled his kin with tales of Beltway intrigue, replete with double-crosses, backstabs, <strong>and</strong> gossip. When asked how things were going at the laundromat, Les said that they may be getting 2 new dryers, <strong>and</strong> that he planned to branch 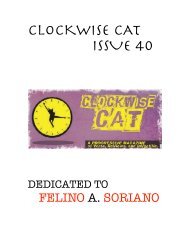 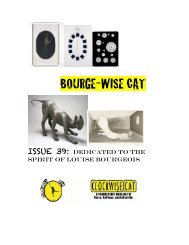 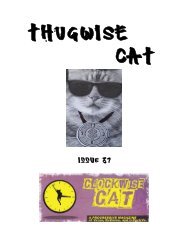 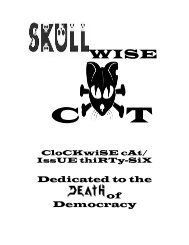 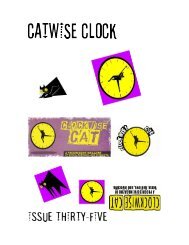 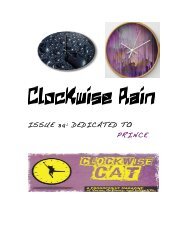 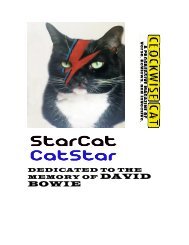 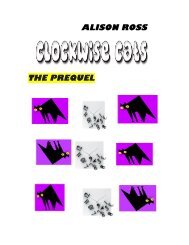 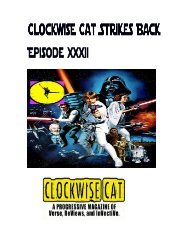