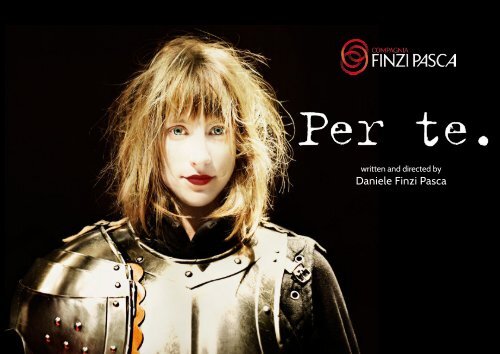 written and directed by

“A HYMN TO LIFE, TO THE AMAZING POWER OF THEATRE,

Dedicated to you, dear Julie

Julie, my wife, believed that we should all build

an inner garden where we may take shelter,

where we may welcome those we love, those

who have lost their way, those whom we

surroundings. We will thus tell this story, with a

bench and a garden.

And then there will be the fragility that we all

defend with armour and shields. There will be

the lightness of the memory of her laugh, of

her booklets full of notes and figures, her advice

Per te puts on stage the imaginary garden of a brave young woman:

around a bench, a group of friends in suits of armour – artists,

acrobats, musicians – face a battle that, sooner or later, we will all

have to experience. Three months before the premiere of their

show, the interpreters weave in and out through the images carried

by the text, the colors, the music and the wind… that makes leaves,

butterflies, a multitude of objects fly in the air.

Per te is a hymn to life, an intense and unforgettable show dedicated

I will die trying to stay standing...

Opening show for the celebration of Merida,

Award Gascon-Roux 2009 (Canada) for the score of Nebbia

It is one of the leading independent artistic companies in the world.

Based in Lugano (Switzerland), Compagnia Finzi Pasca is internationally

renowned thanks to its particular artistic signature: the “Theatre of the

Caress”, its own theatrical technique based on the invisible gesture and

the lightness state that moves and dazzles.

In its career, it created 3 Olympic Ceremonies (Turin 2006 and Sochi

2014, both Olympic and Paralympic Games), 2 shows for the Cirque

spectators in a 10-year world tour), 5 lyric operas of which Aida and

Verdi’s Requiem are officially part of the Mariinsky Theatre (Saint

Petersburg) yearly program (moreover: Carmen and Pagliacci at the

Opera, London). And then: Avudo, a multimedia show that combines

video mapping, lights and water fountains for the city of Montreal

(Winegrowers Festival) in 2019, an event that takes place every 25 years

in Vevey (Switzerland) for 400,000 spectators. Currently, the company

new touring show are in preparation.

theatre that reaches the heart.”

“And then there’s the wind blowing impetuous, making colors and poetry dance,

Per te is a an artwork emotionally engaging (...) it is a show where we laugh and cry,

where we are moved and where we smile.”

“Per te is - almost paradoxically - a hymn to life, to the amazing power of theatre, fantasy and creativity,

a hymn to the fundamental importance of friendship in the most difficult circumstances of life.”

“An expert in changing a simple gesture into something sublime,

Daniele Finzi little by little envelopes the public in this fantastic

story, where we’ll find ourselves with warriors, with his loved ones

and maybe with dreams, lost because of fear.”

where reality and fantasy merge and

the viewer is accompanied from comedy to

With the support of:

For you I will break my memories into smaller and smaller fragments... And

in this whole of the universe that is blue from afar ...

In this hole where we are all made of the sea...

In this blue hole of the universe we will go back

to confusing and hugging ourselves... 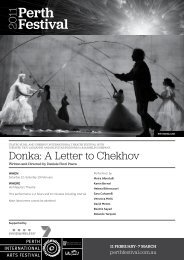 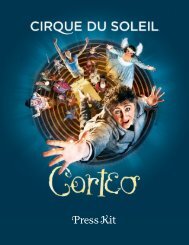 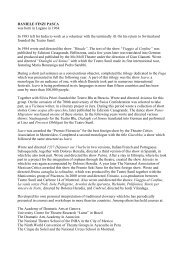