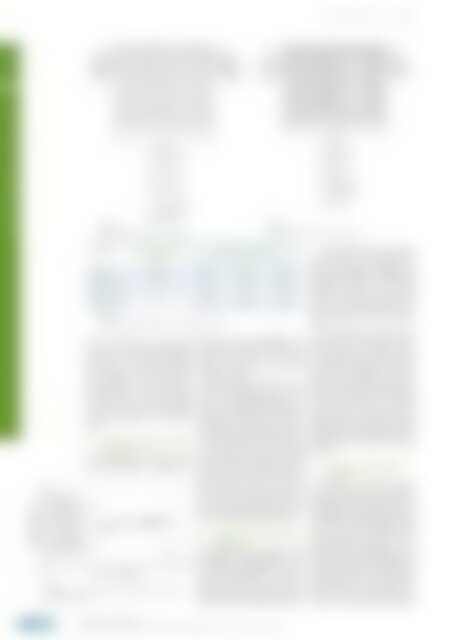 rate seems to govern the prediction

well regardless of the number of

channels chosen. For the low steam

The results for the high steam flow

Comparison of the Measured and Calculated ECC Bypass Fraction for the

fraction relatively well for all

The liquid flow pattern for the

test) of each nodalization case are

presented in Figure 8 to Figure 10.

The liquid flow pattern for the all

nodalization cases are quite similar.

in the upper region of the downcomer

as the ECCS flow joins the high

and is swept away through the broken

cold leg. In the case of tests with a

the 4 channels nodalization is similar

the 4 channels representation is considered

The results for the low steam flow rate

are presented in Figure 11. Contrary

to the high steam flow rate cases, for

fraction for the all nodalization cases.

The liquid and vapor flow patterns

of the 6 channels case for the lowest

presented in Figure 12 and Figure 13,

respectively. Most of the liquid

injected from the DVI nozzle is swept

with the steam flow through the

break. The test indicated some downward

liquid flow at this steam flow

In the SPACE code, the interfacial

friction model is dependent on the

flow regime of the control volume.

Thus, for quantitative agreement with

the estimation of the flow

regime has to be properly predicted to

accurately estimate the bypass flow in

the upper downcomer. The SPACE

regime based on the volume average

conditions, which explains the deviation

between the code prediction and

MIDAS tests in the case of low steam

It is worthy to note that for all the

the condensation fraction as shown in

the Figure 14. The RMSE based on

data are presented in Table 3. The

channels) as depicted in Table 3. This

may clearly be tied to the heat transfer

correlation which in turn depends on

the flow regime. Due to mass conservation,

leads to over-estimation of the bypass