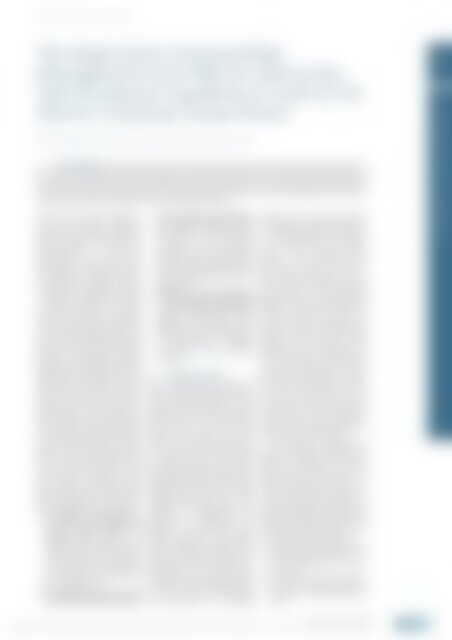 The Application of Knowledge

Management and TRIZ for solving the

system. The severing of power systems incapacitated several of the shutdown devices, thereby hindering the removal of

excess heat from the reactor. Under these conditions, zirconium on the protective cover of the fuel rods reacted with the

the escape of radioactive materials into the surrounding environment.

the U.S. must conform to regulations

outlined by the Nuclear Regulatory

capabilities of a facility are

documented in the Final Safety

Analysis Report (FSAR), which must

be submitted to authorities prior to

the licensing of operations. Facility

upgrades are also subject to approval.

shut-down procedures to be implemented

in the event of an earthquake

or other environmental disaster. In

however, the complexity of nuclear

power plants are required to have two

either of which must be able to

manage plant operations during the

transition from operating phase to

failure of both of systems would lead

to a catastrophic collapse of the entire

system. This study sought to sought to

of nuclear power plants in the

event of fire. We compiled a wide

range of data pertaining to post-fire

plants, while dealing with each system

and its components as discrete units.

Our main objectives were as follows:

1. To compile a knowledge base

of issues related to hazards in

knowledge base defines the safe

shutdown system used in each fire

used in each system, and organizes

the shutdown processes in the

form of a flowchart.

2. To assess the components of the

We defined the attributes and

for each individual problem using

TRIZ to identify feasible means of

of nuclear power plants based

on case studies and a literature

review: We formulated a novel

approach to the analysis of case

studies with the aim of facilitating

the identification of omissions

and flaws in current evaluation

clauses in the national fire regulations

Fire Guidelines) came into effect for

pertaining to administration, the

requirements of all nuclear power

plants that went into operation prior

(fire protection) as the standing

was not mandatory for all nuclear

plants) have had to comply with BTP

In the case study of this paper, an

operating license was obtained for

therefore have been subject to BTP

Plant refers to Appendix A to APCB

as references. Taiwan uses the fire

as the basis for fire inspections;

however, these regulations are somewhat

example, the design of the fire protection

system must ensure that even in

the event of damage of improper use,

the safety performance would not be

on defense-in-depth is used to protect

the shutdown system as follows:

1) preventing the occurrence of fires,

and extinguishing of fires that

of the safe shutdown system if a