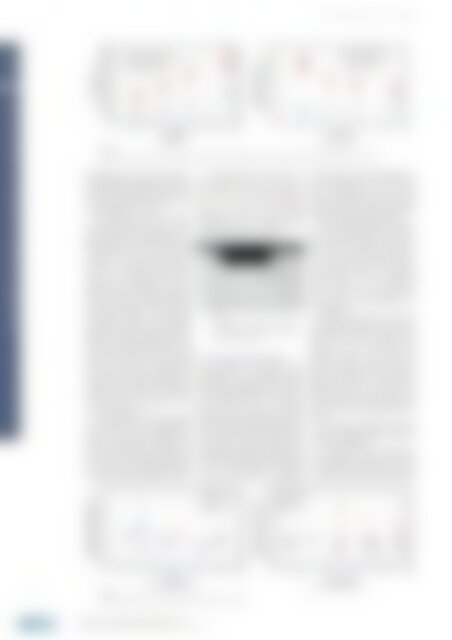 Hastelloy and for the two Cr-Ni steels.

The Hastelloy experiments covered a

temperature range between 90 °C and

For Hastelloy, all mass loss rates

no distinct time dependence. For

the experiments with Cr-Ni steels, the

remained for the long term below

type on the mass loss rates for Cr-Ni

steels was not significant. Also, the

differences of the mass loss and mass

steels were marginal. Concerning the

temperature effect of the general

mass losses were found at 90°C after

676 days. At higher temperatures, the

days. The reason for the increased

mass losses could be explained by

crevice corrosion of the Hastelloy C22

depths of about 200 µm. The scatter

of mass losses is correlated to local

For comparison, the mass loss and

mass loss rates of the fine-grained

this case, the mass loss rates were by a

factor of 50 higher in comparison to

the Cr-Ni steel in NaCl solutions and

The uniform mass loss rates of

the Ni-Resist steels were found in

the range of the Cr-Ni steels at

respectively. These values are also

significantly lower in comparison to

Crevice corrosion in Hastelloy C22 after 676

The breakdown of passivity (the

breaching of the protective barrier

provided by the passive film) initiates

the most damaging kinds of corrosion,

the localized forms of corrosion,

attack, and stress corrosion. The

starts with the initiation of the breakdown

process by the introduction of

breakdown conditions and ends when

only for carbon steel and the influence

of chemical species in brines have

been investigated [21]. For this

corrosion have not been determined

for the investigated alloyed steels.

has been investigated over the complete

The Cl- concentration, however,

is not as critical as pH and temperature,

since the attack can occur at any

concentration over the minimum

value. Factors such as incubation

time, severity, and frequency of

occurrence can be influenced by the

for all alloyed steels. In the case of

days, the depths increased to 20 µm

were detected. In NaCl solution, after

552 days, the pit’s depth amounted to

The average pit depths as function

are shown in Figure 5.

In contrast to the observations

for Hastelloy, the depths of the pits

were significantly deeper after about