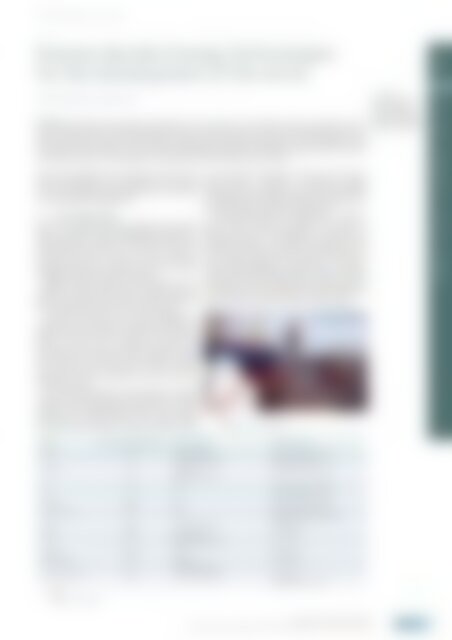 for the Development of the Arctic

Small nuclear facilities have become an integral part of two important areas of human activities, namely, they are the

nuclear specialists all over the world. However, despite great and justified expectations of their developers, small

areas, have not yet managed to start playing a notable role in the power industry.

This is also completely true as concerns the task of using

nuclear technologies for the development of the Arctic,

where only the nuclear ship propulsion can be considered

as an accomplished technology [1].

Russia is the world’s only country that has civil nuclear

repeatedly declared by countries such as USA, Canada,

Table 1 presents both the past (starting from the

world’s first nuclear icebreaker Lenin) and the present of

for the development of the country’s Arctic regions.

resurging. To timely replace the existing icebreakers to

delivery of goods via the Northern Sea Route, the

government in the summer of 2011 has decided to build

respectively. The pilot icebreaker’s keel was laid at the

The Iceberg Design Bureau has developed a detailed

design of a nuclear icebreaker with improved icebreaking

capability and variable draught (from 10.5 m in deep

waters to 8.5 m in shallow ones). This variable draught

would allow this icebreaker to operate not only in Arctic

seas, but also in the mouths of northern rivers. The new

period of continuous operation is 26,000 hours.

knots. This ship – that would allow for up to 6 months of

independent sailing – is intended for operation in the

of the Yenissei and the Ob Bay region). This pilot icebreaker

under construction at the Baltic Plant, as well as two serial

Revised version of a