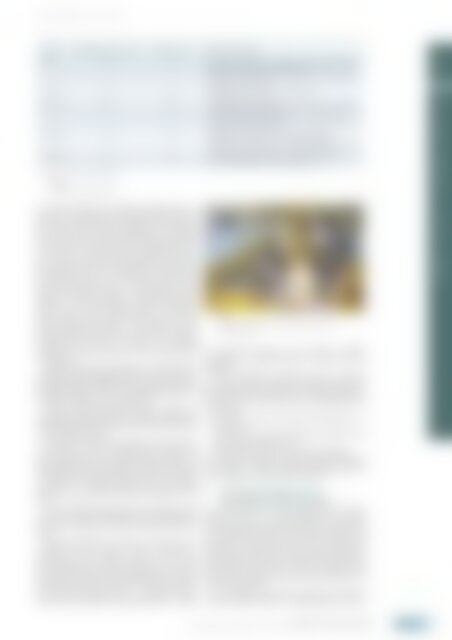 – Reactors for the next two icebreakers – scheduled supply

our country. President of the Russian Federation has approved

of the tasks to be solved should be emphasized: first, a

be an integral part of the comprehensive socioeconomic

development of the Arctic. Second, many large-scale oil/

gas and other projects are now underway in the Arctic.

supplies to – local communities are a specific feature of the

extreme operating conditions. On the whole, the Arctic

components. The latter are based on the practical

developing and operating ship reactors, both for the Navy

and for the civil fleet. Table 2 [5] lists the designs produced

Another well-known RD&D institute, NIKIET, has

developed a family of SNPPs with capacities ranging from

1 to 20 MWe, including facilities such as Shelf and Uniterm

not lose hope to join the competition for entering the

and 300 MW. This design is based on the natural circulation

of coolant, so it couples higher safety with compact

equipment, thus allowing for modular arrangement of the

Another SNPP development line is presented by smaller

Practical feasibility of this class of energy sources is

confirmed by the Kurchatov Institute’s experience in

constructing power facilities based on the direct

heat-to-electricity conversion. Romashka built in 1962 as a

pilot facility intended for space applications was the first

such facility in the world. In 1982, the Kurchatov Institute

has built and launched Gamma – a prototype thermoelectric

facility intended for ship applications [1] – which

has operated for many years and made it possible

to perform an exhaustive scope of studies and tests

In the mid-80ies, proceeding from the Gamma’s

was developed in the framework of conversion programs.

This type of power facilities is based on the following three

• water-water reactor with power self-regulation as a

• heat removal by natural circulation of coolant in the

• thermoelectric conversion of heat into electricity.

As a result, such facilities – whose technical feasibility is

to those based on turbine energy conversion.

3 Nuclear technologies for the

development of the Arctic shelf

As concerns the Arctic shelf development, the Energy

Strategy of Russia to 2035 estimates the country’s

(toe), including 16 billion tons of oil with condensate and

themselves on the Barents, Pechora and Kara Sea shelves,

which together make about a half of the Russian Arctic

shelf. Experts forecast that by 2035 Russia will annually

gas on its Arctic shelf.

The averaged total electricity demand by the hydrocarbon

production industry is estimated above 3 GW, so