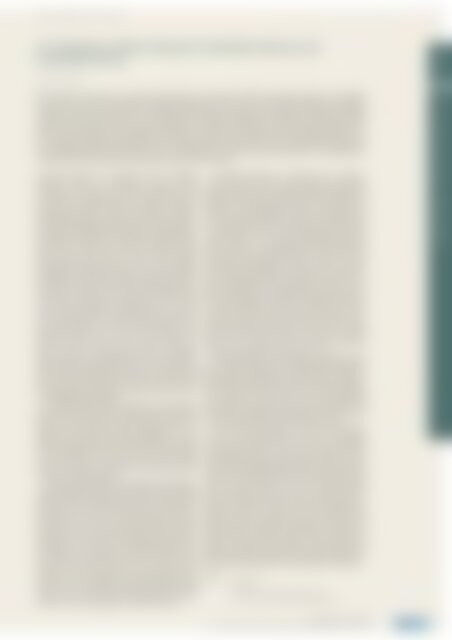 prices for their output, and thereby to prevent further premature retirements of such plants. The FERC has exclusive

authority, under the Federal Power Act, to establish rules for interstate wholesale sales of electricity. Although the FERC

the U.S., that proceeding seems unlikely to offer near-term relief to nuclear plants that are approaching closure due to

to look elsewhere for relief from its present dire economic circumstances.

conducted in accordance with FERC regulations, were

not adequately compensating the “resiliency” benefits of

Accordingly, he issued a directive instructing the FERC to

develop and publish new market rules to correct that shortcoming.

Specifically, he called upon the FERC to amend its regulations

to require that each of the six regional entities

the purchase of power from certain generating facilities.

Such rates would provide for recovery of the facilities’ costs

of operation, fuel, capital, and financing, as well as a fair

not currently subject to cost-of- service rate regulation, had a

90-day fuel supply on site, and were able to supply certain

services, and operating reserves. As a practical

matter, therefore, the Proposed Rule called for the FERC to

full cost and reasonable profit recovery for coal-fired and

nuclear “ merchant” power plants which, on the document’s

face, appeared to be the only generating facilities that could

The FERC received extensive comments on the Proposed

energy interests, and many others. Meanwhile, the composition

of the FERC itself changed markedly in the two

months following publication of the Proposed Rule, including

the confirmation of a new Chairman who assumed office

in early December 2017 (and one of whose first official

actions was to request an additional 30 days within which to

respond to the Proposed Rule).

In its unanimous Order terminating the rulemaking proceeding

initiated in response to the Proposed Rule, the FERC

briefly reviewed the development of the U.S. electric power

industry and its own efforts to help ensure the resilience of

the bulk power system. It then held that neither the Proposed

Rule nor the record in that rule making proceeding

had shown that the current RTO/ISO rates were unjust or

unreasonable, or that they were unduly preferential or discriminatory

– the statutory criteria in the Federal Power Act

for changing rates. In addition, the FERC found no basis in

the record to conclude that there was a threat to grid

resilience, either in the current rates charged for power or

otherwise. It then specifically rejected the Proposed Rule’s

concept that all qualifying generating facilities should

receive a cost-of-service recovery rate regardless of the need

for power or the resulting prices to power consumers.

opinions that were quite critical of the Proposed

Rule. One stated that, by “simply designat[ing facilities] for

support rather than determining what services needed to be

resources in place indefinitely, rather than adapting to the

resources that the market is selecting today or toward which

it is trending in the future.” (Concurring Statement of Commissioner

LaFleur, at 4.) The other described the Proposed

Rule’s remedy as a “multi-billion dollar bailout targeted at

coal and nuclear generating facilities,” and pointed to the

transmission and distri bution systems in the U.S., rather

than to generating facilities, as a greater threat to grid resilience.

(Concurring Statement of Commissioner Glick, at 2.) A

bold leadership in jump- starting a national conversation on

this urgent challenge,” stated that he would have preferred

to move expeditiously to direct the RTOs/ISOs either to submit

interim rate revisions for existing power plants that were

providing resilience attributes and were at risk of retiring

before the new FERC proceeding was concluded or to explain

why such rate revisions were not necessary. ( Concurring

Statement of Commissioner Chatterjee, at 1, 3.)

After terminating the proceeding involving the Proposed

Rule, the FERC began a new proceeding to address potential

grid resiliency challenges in the RTOs/ISOs, including a

better understanding of what resiliency means and requires.

The FERC ordered each RTO and ISO to submit, within 60

days, comments on those issues, on how the RTOs/ISOs

assess threats to resiliency, and on how they mitigate threats

parties will have 30 days to submit reply comments.

The new FERC proceeding is much more “open-ended”

than was the Proposed Rule, in terms of its potential

outcome, whether it will in fact lead to any new rule making,

and especially whether it will result in higher rates for

states, most particularly Illinois and New York, have already

put in place arrangements that permit compensation to the

owners of nuclear plants for their non-carbon-emitting

power production. Other states, such a Connecticut, New

Jersey, and Pennsylvania have similar schemes under consideration.

However, because the Trump Administration

appears wedded to continued efforts to support the coal

industry (and, relatedly, seems unwilling to recognize the

climate benefits of carbon-free generation of electricity), it

appears that any economic relief to at-risk nuclear power

plants is more likely to come from state-sponsored plans, or

possibly proposals initiated by ISOs and/or RSOs themselves,

than from initiatives from the Federal Government.