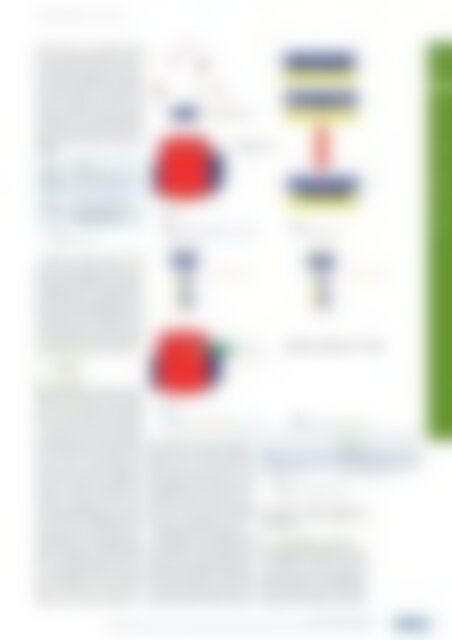 coolant carrying by drone is similar in

the starting state. However, the non

in-site power is supplied by the battery

in the drone’s flying system. ‘Passive’

means that the power is not used from

the in-site system of the plant. The

battery is supplied from the external

energy source. So, the drone could be

considered as one for constructing the

passive system in NPPs. There are the

comparisons of the passive systems in

Simplified configuration of NPPs in the accident.

There are some passive safety

worked for the passive auxiliary feedwater

In addition, Gou et al. studied that the

done for a new type of passive residual

is investigated by the natural circulation

of the NPPs in the accident

where the water tank is carried by the

drones. The water falls as the free-fall

for the water tank in which the water

are entering to the reactor building.

The passive action by the free-fall is

done completely, which could be used

in the case of the piping based

injection system failure. There are

some passive systems in Figure 2

where the natural circulation and

gravity are shown. In this paper, the

free-fall is described. There are the

systems of NPPs in Figure 3 that the

water falls down from flying drone

containing water tank and the water is

injected from the conventional water

tank attached to the reactor building.

This is revolutionary different from

the conventional passive system in

which the piping integrity should be

kept. Otherwise, in the free-fall

system, the reservoir could be an

active role on or after accident. So,

this means that the post-accident

safety system is installed in this new

system. In the current commercial

NPPs, there is not any kind of the

post-accident safety system. It has

been experienced in Chernobyl as well

as Fukushima cases that it was impossible

to make the coolant enter into

the reactor core where the nuclear

fuels were continuing the nuclear

reactions and producing the heats.

Table 2 shows the specifications of

the condensate water storage tank as

the emergency water tank [The Virtual

1,137 times supplies to carry the tank

water. If one uses 10 units of drone, it

reduced to about 113 times. However,

Major factors for the free fall of coolants.

the coolant carrying quantity is

changeable by the situation and

2.2 Cooling by the free-fall

The modeling of this paper is to show

the capability of the free-fall coolant

in which this should make the

enhanced integrity to the piping based

injection systems. So, the major factor

of the fee-fall coolants is the coolant

quantity with mass flow rate which is