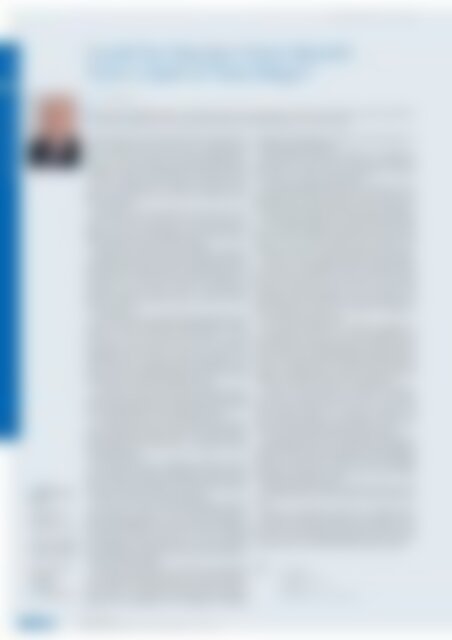 US Senate hearing on

Could Our Nuclear Vision Benefit

From a Spell of Tesla Magic?

As I put the finishing touches to this latest article, US entrepreneur and boss of the Tesla car giant, Elon Musk,

successfully launched a new rocket, the Falcon Heavy, from the Kennedy Space Center in Florida.

The vast vehicle is the most powerful shuttle system to date

taste – of what is to come. The rocket’s payload did not

include an array of satellites or other such paraphernalia.

Instead, it carried an unmistakably entrepreneurial touch

– Musk’s old cherry-red Tesla sports car. On top of that,

there was a mannequin in a spacesuit strapped into the

Maybe this is a bit too theatrical for some, but we’ve

come to expect that of Mr Musk. It was he, after all, who

made a bet with the government of South Australia to

deliver the state the world’s biggest battery within 100 days

of being ordered or deliver it free of charge.

Powerpack system on time and it is now paired with French

power outages in South Australia. Such was the success of

the project – never mind the countless free publicity the

project generated around the world – other Australian

states are investing in similar projects and Tesla is at the

front of the queue.

At this point, you’re probably asking yourself what all

this has to do with nuclear today. Technologically speaking

nothing, of course. But think ‘outside the box’ – as I’m

sure many of you have been told in those corporate

management- training classes. The answer is: ‘vision’. The

unabashed vision to be bold, daring, imaginative. The

vision to believe in technology and to be unafraid to build

on the experience and knowledge gained to date, including

the failures, as we take the next steps forward.

couple of years in terms and our industry has allowed itself

to become bogged down and lose sight of the prize. Perhaps

we’ve allowed ourselves to be overtaken by events?

For example, there are some exciting nuclear developments

in the UK that appear to have been constrained by a

lack of imagination and commitment – not by the company

and workforce but by those who are supposed to show

in North Wales and South Gloucestershire. But the governments

in London and Tokyo are still reportedly mulling

over how to support the projects’ financing.

However, the UK’s Franco-Chinese-funded Hinkley

60 years, has finally got into its stride. This was something

that could have begun sooner were it not for political

prevarication by the UK government. Of course, progress

was not helped by the Brexit referendum and a subsequent

But even when funding and investment guarantees

were finalised for Hinkley Point C, there was still criticism

from the UK’s National Audit Office. The agency could not

resist piling on complaints regarding the investment,

saying the government had “committed electricity

opportunities the project will create, plus the fact that,

when built, the plant will be generating low-carbon

electricity for around six million homes!

Contrast this approach with that of countries such as

Russia and China, who are prepared not only to invest in the

development of civil nuclear power at home they also see

the value of partnering in projects beyond the own borders.

In the US, key witnesses to a Senate committee hearing

have been telling legislators that markets must do a better

And there are some positive signs for nuclear again in

the US after a period of gloom. Exelon confirmed recently

that the James A FitzPatrick nuclear power plant, which

had been scheduled to close a year ago, is now spurring

investment in local businesses in New York State. The

In Brussels in February, the European Commission is

convening an ‘EU Industry Day’, to “update stakeholders on

and actions to further develop industrial competitiveness in

Europe”. The event will include discussions on proposals to

create an ‘EU Battery Alliance’, which EU leaders say could

support the establishment of a full value chain of batteries

The topic of “clean energy” is mentioned throughout

the advance programme for the EU event – but nuclear

does not get a mention. Why is that? If this event is truly

about building support for European industries and

nurturing and investing in the technologies of tomorrow,

what is so terrible about including nuclear energy?

This brings me back to the ‘vision thing’ I mentioned at

the beginning of this article. Leadership in terms of lighting

the way to a cleaner, greener plant does not mean taking a

blinkered view that turns a blind eye to the undeniable

environmental benefits of energy sources that are simply

politically unacceptable to some.

Nuclear can definitely benefit from a sprinkling of his

entrepreneurial spirit and sparkle at this moment in time.

Let’s face it, for someone who can steer a sports car into

space in one piece, driving investments into a new nuclear

era down here on terra firma should be a piece of cake.

Could Our Nuclear Vision Benefit From a Spell of Tesla Magic? ı John Shepherd