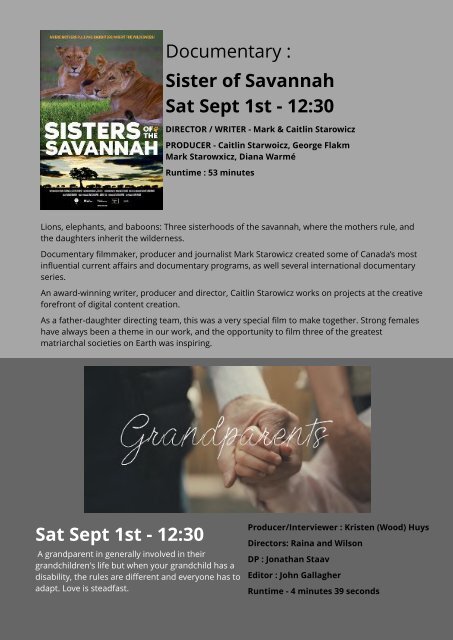 Lions, elephants, and baboons: Three sisterhoods of the savannah, where the mothers rule, and

the daughters inherit the wilderness.

Documentary filmmaker, producer and journalist Mark Starowicz created some of Canada?s most

An award-winning writer, producer and director, Caitlin Starowicz works on projects at the creative

As a father-daughter directing team, this was a very special film to make together. Strong females

have always been a theme in our work, and the opportunity to film three of the greatest

matriarchal societies on Earth was inspiring.

A grandparent in generally involved in their

grandchildren's life but when your grandchild has a

disability, the rules are different and everyone has to