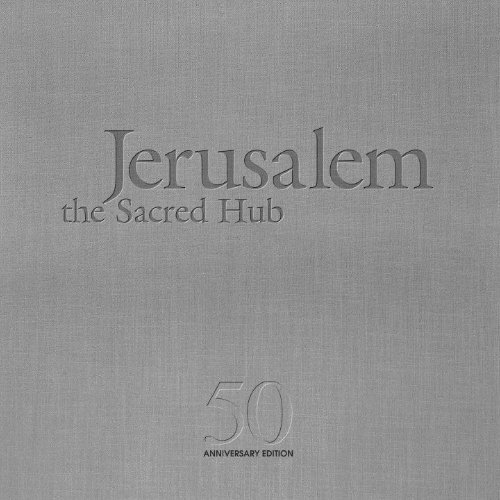 Many years have passed since I left Jerusalem, but my love for her was never

lost. I am not a native of Jerusalem, but my mother and grandmother were

born in the Old City. From them I inherited my affinity for this city.

In the years I studied in Jerusalem, I versed myself with all her alleys and

institutions, and became acquainted with her veteran residents - rabbis on

the one hand, clerics on the other, businessmen of the Muslim community

alongside members of the Jewish, Armenian, and other communities, young

Such is my past, and therefore it is no wonder that the images Avi Roth

photographed between the years 1967-1979 in Jerusalem moved me.

Among the many photographs portrayed in this book, we see… two rabbis

wrapped in prayer shawls arguing among themselves, perhaps about some

Talmudic issue, as they walk behind an Arab man adorned by a kafia headdress.

support, and on the other hand, Arab women are sitting unassumingly next

to their sparse merchandise in the market. We also see many interesting portraits

of children. Additionally, some beautiful landscapes of the Old City and vicinity

Jerusalem that can be found in bookcases and libraries. What distinguishes this

book from the others, are the special angles in which these photographs were

captured, and the great interest they arouse in those who view them.

of words. Blessed be Avi Roth who has presented us with such a beautiful