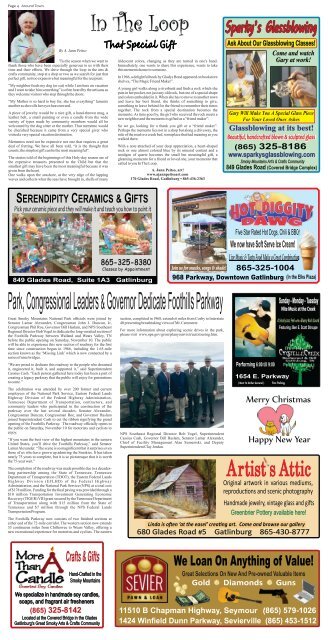 By A. Jann Peitso

'Tis the season when we want to

thank those who have been especially generous to us with their

time and their efforts. We drive through the loop in the arts &

crafts community, stop at a shop or two as we search for just that

perfect gift, not too expensive but meaningful for the recipient.

they welcome visitors who step through the doors.

“My Mother is so hard to buy for, she has everything” laments

another as she rolls her eyes heavenward.

A piece of jewelry would be a nice gift, a hand-thrown mug, a

leather belt, a small painting or even a candle from the wide

variety of types made by community members would all be

welcomed by the dog sitter or the mother. That memento would

be cherished because it came from a very special giver who

Mementos need not be expensive nor one that requires a great

deal of fretting. We have all been told, “it is the thought that

counts, the simplest gift can be the most meaningful”.

the expensive treasures presented to the Child but that the

smallest gift may have been the most meaningful because it was

given from the heart.

One walks upon the seashore, at the very edge of the lapping

waves and collects what the seas have brought in, shells of many

iridescent colors, changing as they are turned in one's hand.

Immediately, one wants to share this experience, wants to take

this memento home to someone.

In 1966, a delightful book by Gladys Bond appeared on bookstore

puts in her pocket, not just any old rock, but one of a special shape

and colors embedded in it. When she has to move to another town

and leave her best friend, she thinks of something to give,

something to leave behind for the friend to remember their times

together. The rock from a special destination becomes the

memento. As time goes by, the girl who received the rock meets a

new neighbor and the memento is gifted as a “friend maker”.

So we go, looking for a thank you gift or a “friend maker”.

Perhaps the memento lies not in a shop but along a driveway, the

side of the road or a creek bed, someplace that had meaning as you

With a note attached of your deep appreciation, a heart-shaped

smidgen of quartz becomes the small but meaningful gift, a

gleaming memento for a friend or loved one, your memento that

called to you In The Loop.

Ask About Our Glassblowing Classes!

Gary Will Make You A Special Glass Piece

For Your Loved Ones Ashes

Glassblowing at its best!

Nite Music at the Creek

Regional Director Bob Vogel to dedicate the long-awaited section of

the Foothills Parkway between Walland and Wears Valley, TN

before the public opening on Saturday, November 10. The public

time since construction began in 1966, including the 1.65-mile

it, engineered it, built it, and supported it,” said Superintendent

Cassius Cash. “Each person gathered here today has been a part of

creating a legacy parkway that the public will enjoy for generations

The celebration was attended by over 200 former and current

Tennessee Department of Transportation, contractors, and

community leaders who participated in the construction of the

joined Superintendent Cash to cut the ribbon signifying the grand

opening of the Foothills Parkway. The roadway officially opens to

the public on Saturday, November 10 for motorists and cyclists to

Lamar Alexander. “The scene is so magnificent that it surprises even

those of us who have grown up admiring the Smokies. It has taken

nearly 75 years to complete, but it is so picturesque that it is worth

partnership among the State of Tennessee, Tennessee

Administration, and the National Park Service (NPS) at a total cost

of $178 million. Funding for the final paving was provided through a

of Transportation along with $15 million from the State of

Tennessee and $7 million through the NPS Federal Lands

The Foothills Parkway now consists of two finished sections at

either end of the 72-mile corridor. The western section now extends

33 continuous miles from Chilhowee to Wears Valley, offering a

new recreational experience for motorists and cyclists. The eastern

section, completed in 1968, extends 6 miles from Cosby to Interstate

For more information about exploring scenic drives in the park,

( Next To Dollar General ) Free Parking

A Smoky Jazz Feel with a Bluesy Rock Sound

Linda is o en ‘at the easel’ crea ng art. Come and browse our gallery

We specialize in handmade soy candles,

Located at the Covered Bridge in the Glades

We Loan On Anything of Value! 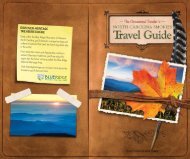 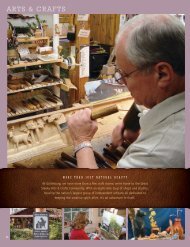 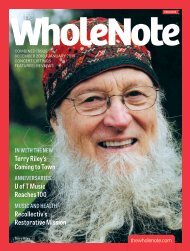 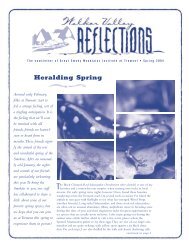