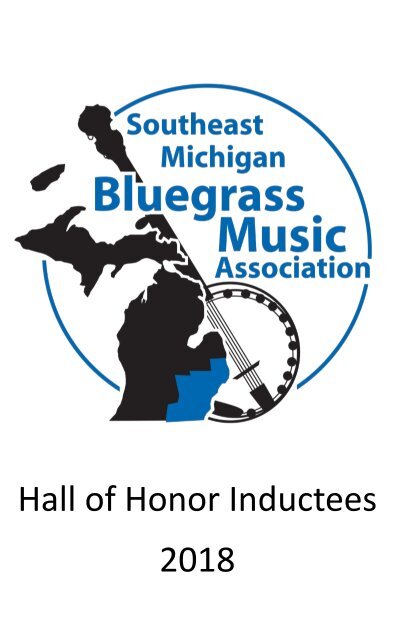 You could always find Bob playing late into

the night at local jams and fesvals. One

of his biggest passions was sharing

bluegrass and old-me fiddle tunes with

on his love for the fiddle to his sons,

A nave of Belleville, Michigan, Jimmy became a

talented fiddler at a young age, playing with many

The Osborne Brothers, and Bill Monroe, among

A great friend of the bluegrass music in the area, Roy

played with The Sunnysiders, and fronted Roy Cobb and

the Coachmen for over 50 years. He has been a mainstay

of the Huron Valley Eagles bringing top talent to that

wherever music is being played. He has played in

many configuraons locally, including Wendy Smith

and Blue Velvet, and connues to appear at the

Huron Valley Eagles and other venues. He was the

played guitar with the Osborne Brothers. When

with the band for 45 years, beginning at it’s

and found his spirit and soul in the Bill Monroe

Tim Ellis and his banjo have been a fixture in the

area for many years. He has played with many

He played for Jim & Jesse for several years in the

70’s. Tim is the son of Fred Ellis and was raised

around the bluegrass fesvals promoted by his

A mandolin player from the age of eleven, Mr.

Thompson played with many bands in the

Toledo area. Jimmy Thompson, is the

considered the most humble of humble souls

who plays his mandolin with such fever and

passion he draws you into his musical world

with every note he plays and with lile effort

legend and very loved by all in the bluegrass

and Ada Yates. We have been spreading the word about bluegrass in

Southeast Michigan since that me. Find more informaon at:

Members of SMBMA may nominate

candidates for 2018 inductees through the

website or by picking up a form at any 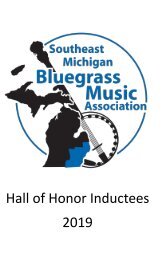 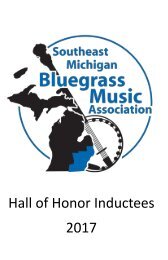 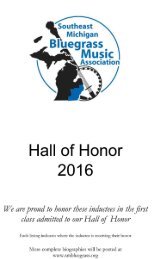 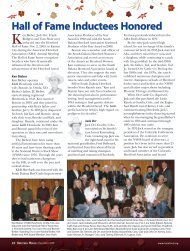 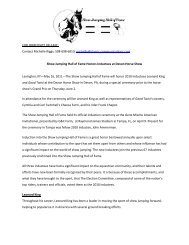 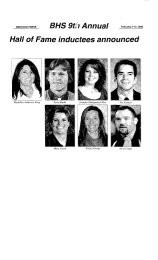 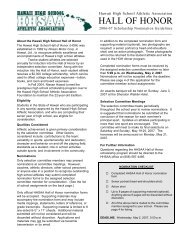 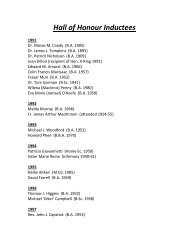 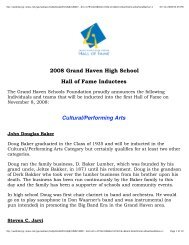 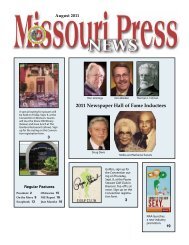 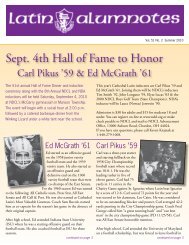