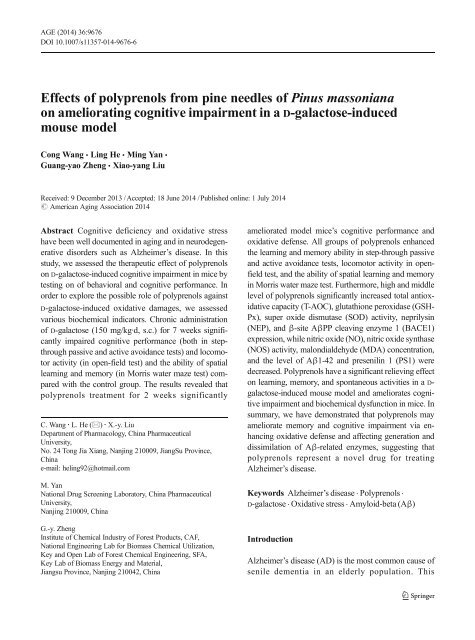 Effects of polyprenols from pine needles of Pinus massoniana

on ameliorating cognitive impairment in a D-galactose-induced

have been well documented in aging and in neurodegenerative

disorders such as Alzheimer’s disease. In this

study, we assessed the therapeutic effect of polyprenols

on D-galactose-induced cognitive impairment in mice by

testing on of behavioral and cognitive performance. In

order to explore the possible role of polyprenols against

impaired cognitive performance (both in stepthrough

activity (in open-field test) and the ability of spatial

with the control group. The results revealed that

neurodegenerative disease is initially characterized by

composed of hyperphosphylated tau, and neuronal

loss. At present, AD is rising distinctly and producing

different kinds of hypothesis related to AD such as

ong> are isolated from the pine needles of

Pinus massoniana and belong to the group of

polyprenols have been widely studied as multifunctional

agents for the prevention and treatment of cancer and

protection on PC12 cells damage that is induced by

Aβ1-42, which may be caused by inhibiting Aβ

galactose on long-term basis in mice could lead to a

The accumulation of Aβ in the brain is determined by

the rate of production and degradation via several enzymes

is the catalytic component of the γ-secretase complex,

and its mutations are associated with early-onset AD

inhibition of NEP resulted in Aβ1-42 deposition in rat

Our previous studies have demonstrated that

polyprenols could ameliorate cognitive impairment in

a mouse model of Aβ(1–42)-induced amnesia, which

by polyprenols, which significantly increased

that polyprenols possess hopeful prospect to become an

innovative drug for AD. In this study, we investigated a

and learning impairment induced by D-galactose.

ong> were isolated from the pine needles of

P. massoniana by the Institute of Chemical Industry of

Forestry Products (Nanjing, China), which have the

purity of 90 % (HPLC), prepared with plant oil and

Donepezil (batch number 091101) was purchased from

prepared with ethanol, and diluted with NS. D-galactose

(batch number 0010828) was purchased from Shanghai

with NS and diluted with NS. Total antioxidant capacity

enzyme-linked immunoassay kit were purchased from

other reagents and chemicals used in the study were of

analytical grade or at the highest purity available.

Mountain (Nanjing, China). Animals were housed in a

room that was automatically maintained at 21~25 °C

light–dark cycle. The mice were under free access to

After 2 weeks of acclimatization, mice were randomly

polyprenol groups. Except for the control group,

mice were subcutaneously injected with 3 % D-galactose

those of control group were treated with same volume

NS. From the sixth week, polyprenol was administrated

intragastrically with following three doses 20, 40, and

80 mg/kg body weight once daily for 2 weeks to lowdosage,

to positive group. Same volume of NS was administrated

to the control and model groups. The treatment was

given 30 min prior to daily injection of D-galactose.

The behavioral tests were performed in a silent, isolated

room at the temperature of 22±2 °C. The experimenter

and the devices for data acquisition and analysis were

located in an adjacent room. A video-camera viewing

the experimental area was positioned on the vertical

form at the center of the arena and connected to a

by using a two-compartment shuttle box (each 136×

door (3 cm in diameter). The floor of the compartments

apart. In an acquisition trial, a mouse was initially placed

in one compartment facing away from the door and

allowed to acclimatize for 5 min. After the acclimatization,

a buzzer was delivered in the compartments for 5 s.

If the mouse was still present in this compartment, then

10–15 Hz) through the grid floor in this compartment

until it went into the other compartment. The average

buzzers and 20 electric foot shocks. Each mouse was

trained for 20 trials/day for five consecutive days. At the

last day, the final test results were recorded: (i) active

by using a two-compartment shuttle box that consisted

of one illuminated and one dark compartment (each

arch door (3 cm in diameter). The floor of the dark

compartment was composed of 2-mm stainless-steel

rods spaced 1 cm apart. In an acquisition trial, a mouse

was initially placed in the illuminated compartment

facing away from the dark compartment and allowed

to acclimatize for 5 min. After the acclimatization, an

electric foot shock (36 V) was delivered through the grid

floor in the compartments. If the mouse came into the

dark compartment, it would be shocked and returned to

the illuminated compartment immediately. Any mouse

that did not go to the dark compartment within 5 min

suggested that it was not sensitive to light and was ruled

out of further experiments. After the 5-min training, the

electric shock was stopped. The mouse was subjected to

the same conditions for the retention trial 24 h later; as

soon as it went into the dark compartment and was

shocked, the test was terminated. The time that was

taken for a mouse to enter the dark compartment the first

time was defined as the latency for the trial. The latency

Open-field test is one of the most common tests to

and measures of anxiety. The open field is composed

behavior of mice is to seek the protection of the periphery

rather than the vulnerability of the center. Mice that

are less anxious are expected to spend more time in the

center. Mice that show signs of motor deficits are expected

movements. Mice were individually placed in an open

mice behavior for 5 min without the experimenter being

present in the room. The photo beams recorded the

following activities in 5 min: (i) total time travelled in

number of line crossings in central square were

Spatial learning and memory ability was tested by

Morris water maze. The apparatus consisted of a black

filled with water, which maintained at 25±1 °C. The

pool was divided into four quadrants of equal area: I, II,

III, and IV. An escape platform (10 cm in diameter) was

placed 1 cm below the water surface at the midpoint of

cues helping mice to learn the location of the hidden

platform were arrayed surrounding the maze. The experiment

and the probe trail. In the acquisition training

session, each mouse was submitted to four trials successively

per day. In each trial, the time a mouse spent from

being put into the water to finding and climbing onto the

were given a maximum of 90 s for finding the platform.

If a mouse failed to locate the platform within 90 s, it

was placed on the platform and stayed there for 10 s, and

its escape latency was recorded as 90 s. On the fifth day,

the platform was removed from the pool for the probe

trail. The mice were released into the water on the

opposite side of the target quadrant and allowed to swim

freely for 90 s. The total number of times each mouse

crossed the position where the escape platform was once

placed (crossing number) and time it spent in the IV

All the mice of each group were decapitated after behavioral

tests, and the brains were removed and homogenized

The tissue homogenates were centrifuged at 16.000×g

at 4 °C for 20 min, and the supernatants obtained were

used for measurements of the biochemical analyses.

For the determination of total antioxidative capacity (T-

NOS levels were measured with the spectrophotometer,

while MDA concentration was determined with thiobarbituric

measured by ELISA according to the manufacturer’s

in the supernatant. Data are represented as picograms

(U) per milligram of protein.

statistical significance in the behavioral tests was determined

by one-way analysis of variance (ANOVA).

Statistical significance was set at p

Effects of polyprenols on a D-galactose-induced mouse

The mice with subcutaneous injections of D-galactose

time, and number of escape and avoidance on

the active avoidance test, as compared with the control

Fig. 3 Effects of polyprenols on a D-galactose-induced mouse

model in step-through passive avoidance test. Base on the tracks

(a), the model mice showed decreased latency time and increased

number of errors, as compared with the control group. (b)

Fig. 4 Effects of polyprenols on a D-galactose-induced mouse

model in open-field test. Base on the tracks a, the model group

exerted a reduction of activities in central square, movement in

total distance travelled. b All the polyprenols group revealed

Once the behavior tests were completed, mice brain

tissues were prepared for assessment of T-AOC, GSH-

Px, SOD, NO, NOS, and MDA. The results of these

biochemical analyses are shown in Fig. 6.

T-AOC, GSH-Px, and SOD activities and higher NO

and NOS activities and MDA level than the control

Fig. 5 a Effects of polyprenols on distance travelled by swimming

longer escape latency in training session than that of mice in

Fig. 6 Effects of polyprenols on biochemical indicators in a D-

NOS activity, and MDA level than the control group(p

radicals, while MDA indirectly reflects the severity of

2013); NO is relatively stable, diffused through cell

(Vanaja and Ekambaram 2004). NO level is highly

system and moderately synthesized and released by

neurons. If the release is excessive, nerve cells would

be killed by toxicity and brain function would be

enzyme in the process of NO synthesis. Studies show

NOS in the hippocampus play a significant role in

impairs normal function of astrocytes, which has been

implicated in the pathology of age-related neurodegenerative

disorders such as AD, Parkinson’s disease,

polyprenols are capable of accumulating endogenous

biochemical indicators in the brain tissues, as reported

before, confirmed the notion that the increased oxidative

stress may be a main pathogenic factor for the

Generation and dissimilation of Aβ-related enzymes

expression, which suggested that cognitive improvement

produced by polyprenols may be due, at least in

part, to the reduction of brain Aβ. However,therewas

no significant difference between control group and

donepezil group, which indicated that donepezil, a cholinesterase

inhibitor, did not ameliorate cognitive impairment

by affecting generation and dissimilation of

In general, the results indicate that polyprenols has

efficacy in the management of the experimental model

memory dysfunction that are associated with AD. The

application of polyprenols in treatment of AD is promising

Acknowledgments This study was supported by the National

Research Funds for the Central Universities (no. JKZ2009005

These authors have no conflict of interest

natural polyphenols and their therapeutic potentials for

Neuroprotective effects of (−)-epigallocatechin-3-gallate on

galactose toxicity in mice is associated with mitochondrial

bases for the recognition of short peptide substrates and

of Alzheimer’s disease: a case-based review. Am J

effects of oral crocin against intracerebroventricular

in patients with obsessive-compulsive disorder. Prog

cortex are modified by oxidation, glycoxidation, and

and in vivo anti-oxidation activity in a free radicalinjury

deposition by regulating the balance between production

and degradation of Abeta in APPV717I transgenic mice.

status and oxidative damage to lipids and DNA in

pseudoginsenoside-F11 in two mouse models of

Wolfe MS (2012) Processive proteolysis by γ-secretase and the

polyprenols from pine needles of Pinus massoniana on damaged 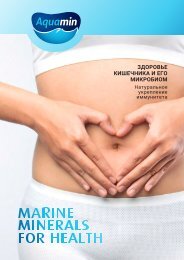 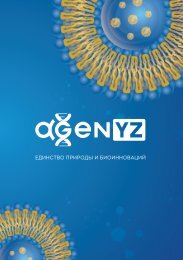 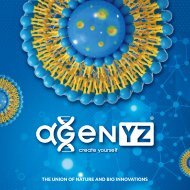 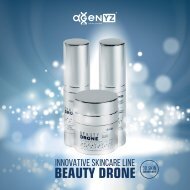 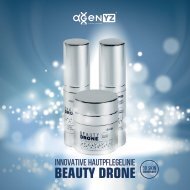 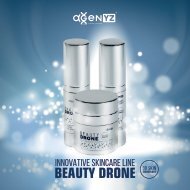 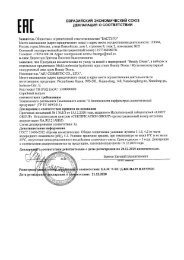 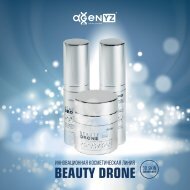 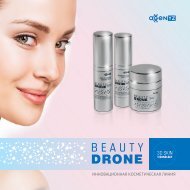