The Eye of the Beholder

All rights reserved. No part of this publication may be

reproduced, stored or transmitted in any form or by any

scanning, or otherwise without written permission from the

distribute it by any other means without permission.

This novel is entirely a work of fiction. The names, characters

imagination. Any resemblance to actual persons, living or

Olly Halton asserts the moral right to be identified as the

author of this work.

This book was professionally typeset on Reedsy.

Find out more at reedsy.com

The room reeks of sex and cigarettes. The news hums quietly

on my phone, rested on my thigh, where a short stump of a man

reports on the fact that no one has been stabbed in weeks. Not

all that surprising when people fear their own eyes snitching

on them. But I am not watching it. I’m off my face, the ceiling

fan contorting above my head and the walls peeling at my glare.

Connor had come round last night, brandishing a smile and

a package of drugs. We smoked through the night, cuddled

together with a cigarette hanging from my lips, whilst my

explode and kill me - it wouldn’t surprise me. It was my

own creation forced upon me, my own dog collar. Or at least

it would have been, had I stayed in school. Stayed and not

descended to the depths of LSD pathways and tobacco toxicity.

Eventually, I force myself up from the floor that I’ve made

my bed and strut to the bathroom. I move past the dirty clothes

that litter the floor, the holes in the wallpaper that my landlord

can’t be arsed to fix, and the frayed carpets that will make me

fall out of a window any day now. In the mirror is a horrific

have not slept in days; my hair straggles about my head; and

oddly enough, I’m sweating like crazy. I need a drink.

Connor pokes his head into the bathroom. He remains in

silence for a second, and then asks if I want any more drug

I sigh, glare at him and splash water into my face, caressing it

“Your loss,” he says with a shrug. He picks up the remote

from the table and switches the TV on. It buzzes into life in the

lounge and the short, stumpy man’s voice carries through the

“The government have thanked the engineering students of

Oxbridge for their outstanding commitment to the creation of

The man’s voice continues to drone behind us, whispering

the names of the peers whom I knew so well, reminding me that

it was I that dropped out, not them. Perhaps they’d mention me

as an in memoriam, distinguishing me for my effort at quitting,

or that I won for loudest yell when I did so. Maybe it would

reaching out of her belly.

Suddenly, I feel something in my throat, a bulging presence

like a cluster of hair in my windpipe. It rises and creeps up the

back of my tongue. In seconds, it floods my mouth. I try to

speak, to alert Connor, but it’s too late. My lips part and my

head dives for the sink. Among the putrid vomit that spews

over the sink and colours it a tinted yellow, is blood - lots and

lots of blood. The dregs of it shake from my tongue and I can

see Connor’s disturbed face in the corner of the mirror. The

purple glint of his eyepiece holds dull beneath a furrowed brow.

“I don’t know, it’s probably something you gave me.” I hastily

“Did you bleed?” His tone is accusatory. There is no concern

or interest laced in his words, instead a hidden ferocity. I

almost protest, attempting to profess sarcasm instead of any

appropriate and contemplated response. But, as I open my

mouth, he cuts me off. “You’re just like the others,” he grumbles

through gritted teeth and turns on his heels.

He marches with haste out of the doorway and closes himself

A wave of shock placates me, my jaw loosening with an

inability to grasp what has just been said. Like the others. What’s

that supposed to mean? I watched him leave, cursing each step

with tongues of fire and an angry roar. Air rushes into my lungs,

itself across my brain.

At that moment, there is a rasp at the door.

“Open up. This is the police. Open up,” they bark through

I reach for the cold, hard knob, my fingers twisting around

it. The door continues to shake crazily as the policemen’s fists

crash into the wood. My heart is rising in my throat, blocking

off my air, as blood surges to my fingertips. It holds there and

I open the door.

The two men before me now are stern-faced, tall and broad.

They take deep heaving breaths as our eyes meet, reminding

me of strong ox. They’re clad in full black and white uniforms,

One produces his credentials, a bound leather wallet that he

waves quickly across my eye-line and stuffs back into his pocket.

His companion remains picturesque with his arms forward and

swallows a mouthful of air: “are you Abigail Ellen?” The words

are punishing, as if miniature darts are laced into his saliva.

My heart races at the thought of answering and my palms

quickly turn sticky. I begin to stutter incoherent nonsense that

“Are you Abigail Ellen?” He repeats himself, harsher now.

“Miss Ellen, we are arresting you on suspicion of murder.”

He continues, entering into the Miranda rights of my right to

remain silent and my right to representation by a lawyer. But all

I hear is the pulse in my brain, thundering against my temples.

It’s all done in haste. The officers frogmarch me out of the

apartment and into their car. Connor demands to know what’s

happening, shaking a finger at the officers and flailing. He

to their socket, where their eyepiece flares in its dull purple

glint. Connor gulps down any resistance and heads back to

the apartment, flashing me one last look of goodbye, before he

Next thing I know, I’m in a white box: white walls, white

that burn my retinas. I’m sat on a white chair, a white table in

An officer enters, takes a seat opposite me and whips out a

They hand me a set of images, each gorier than the last. They

depict a man, clad in rags and covered in blood. His clothes

are torn, ripped and dampened by rain that never fully dried

away. His hair is grey and brown in a mix that one could relate

to looking as if the colours had been shoved through a blender,

and he wore a moustache and beard to match.

“Do you know who this is?” She asks, tapping the images in

turn. I shake my head. “This man is Toby Jones. He’s a homeless

man that was found near Charing Cross, beaten to death.”

the table, opens it up and hits play on a video that covers the

screen. The footage is a figure, standing over the man’s eyepiece,

slamming her foot into his face and throat. I glimpse the face,

blood droops over it, transforming the feed into a reddish tint.

We sit in silence for a second.

“What,” I whisper beneath the heaving breaths that I try to

release as quietly as possible. “I don’t… I don’t remember…

I wouldn’t do that.” Fear takes hold like chains around cattle.

Blood turns to slush and my fingers shiver from an invisible

“Where were you on the night of September the Sixth?”

Their words make me pause. I try to scan the thoughts in my

mind, selecting that day from the endless calendar of days that

make up my life. All I find is blankness, an empty canvas.

The truth was a drug-fuelled fantasy. ‘Gifts’ bestowed by

Connor that ate away at my memories like maggots in waste.

I couldn’t say this; it would get him in trouble. Instead, I feel

the words gulped with the air I don’t release from sealed lips,

to stop my feet from accidentally stomping upon the ground

The rest of the day passes through my blinking, snapshotting

eyes. Here, my eyepiece no doubt records the jolting bones in

my fingers and the salted sweat beads that wash into it, stinging

read out; or when I’m carted to my cell; or even when the door

is bolted behind me.

I now just lurk in this cage, a small and thin concoction with

bones of steel. Pale white lights carve roads in the ceiling and I

peer through the bars to glance at my identical siblings, drug

addicts, killers and thieves. Some have trembling knees with

wide paling eyes, and others have a mark of smugness scarred

to their form as they clutch the bars with red knuckles.

As my thumbs twist together, I hear the footsteps of the guard

at the end of the hall. Each step they take rattles their keys, their

reminiscent of a hand swerving across a piano.

The guard passes my cell, stops for a second and looks at

me. Their hat conceals their features, a brooding shadow the

only thing that protrudes into sight. A rustle reaches my ears

from where they fiddle at their hip and a small object flops out,

I look up to mention it, but by now the guard has gone, too far

down the corridor to be within ear shot of my heroic attempts.

Instinctively, I reach for the object, plucking it from the floor

with my fingertips. I discover it’s smooth, thick and cold to the

touch as my fingers stroke its glossed frame. I flip it onto its

other side, tracing between the onslaught of buttons and my

Without another second, the phone vibrates in my hand and

the words ‘Unknown Caller’ scroll across the screen. Curiosity

“Hello,” I breathe into the microphone.

After a few counts of silence, I hear a voice.

“Abigail, listen to me. The vent behind you is about to unlock.

When it does, the security feed to your cell block and your

eyepiece will short circuit. I will guide you through the vents

and out into the street. Across the street is a bar named O’Neils.

I’ll be waiting for you there. Go now, hurry.”

My mind begins to race and flutter. Questions perform

circuitry laps within my brain and there is a distinct familiarity

to the voice. It is the voice of Abigail Ellen, and yet it is distorted

and different – its own unique birdsong.

Before I can contemplate any further, the magnetic lock on

the vent behind my head clicks and its casing flips open. The

camera droops. I feel a tingle in my eye as my eyepiece goes

“Go, Abigail, go,” the voice commands ominously from the 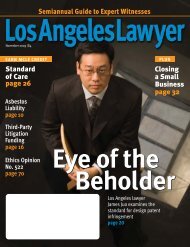 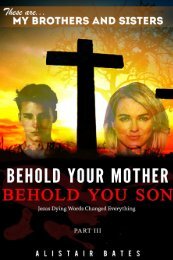 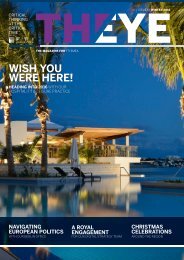 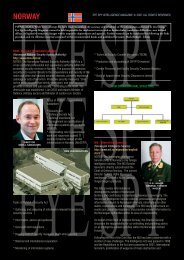 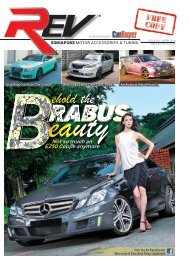 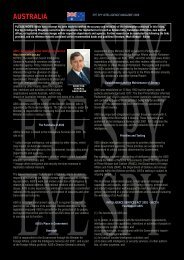 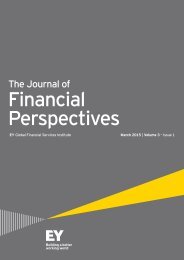 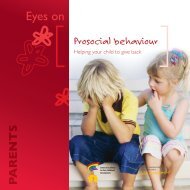 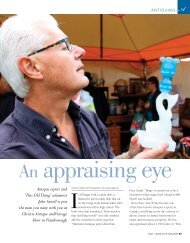 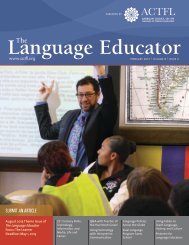 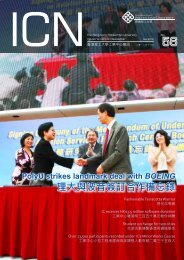 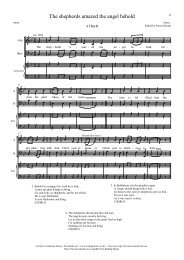 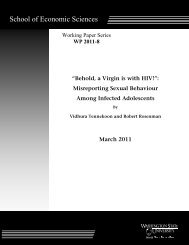 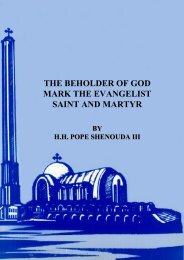 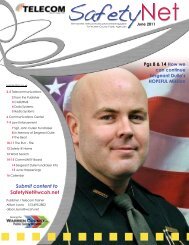 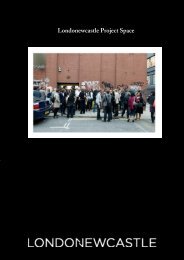 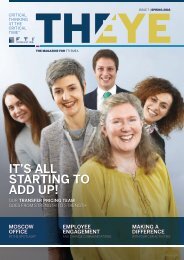 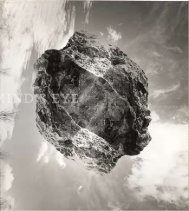