The Newest Artist Killing Those Charts in Sayema Sahar

Sayema Sahar was born in April and spent her early days in the town of Kolkata as a girl. She found her talent for music very early, and while her father used to be a factory worker in a textile mill, after hearing songs on TV, she used to practice singing.

THE NEWEST ARTIST KILLING THOSE

Sayema Sahar is one of India's most sought-after vocalists,

the great talent and hard work involved. As of now, with her

singing talent, she has proved her skill in almost every genre

of music. And she became one of the great guns in the Indian

film industry. She has now given her music to more than 200

town of Kolkata as a girl. She found her talent for music very

early, and while her father used to be a factory worker in a

textile mill, after hearing songs on TV, she used to practice

singing. Although their financial condition wasn't that good, her

the family's ends meet. Okay, that was when her mother left to

live in a neighbourhood with "Rama Tai.“

In addition to music, Sayema Sahar loves to play badminton and

watch movies. She also enjoys flying and has toured many

THE STRUGGLE OF SAYEMA SAHAR

Sayema Sahar ABP was brought up in the

town of Kolkata, and she found her passion for

music right from her early days. Although she

comes from a humble background, promoting

her commitment to music has not been all

simple for her kin. While her father was

working in a garment factory, her mother began

doing the neighbourhood laundry services to

support the family with some extra money.

Because of specific work commitments, her

mother had no time to get along with her baby,

so she left her with "Rama Tai," who used to live

Rama Tai was also passionate about

music, and she began practicing under

her shadow once she came to know

about it. It was only a matter of time

that little Saima started to take part in

various singing competitions in her

vicinity and won nearly every single

one. Her melodious voice stole

everyone's attention, and she quickly

gained fame after being discovered by

one of Bollywood's most famous music

directors. That was just a start of a

for her, and she soon got her debut with

some highly recognized actors in a

Sayema Sahar wasn't aware that Rama Tai was a music

enthusiast, but one day she found her practising classical Hindi

songs. Okay, that was the moment she met her very own' Guru'

of traditional Indian melodies. Rama Tai prepared her to

compete in many different singing competitions, and it was

world of singing. Well, that was the time she got noticed by one

of the Indian film industry's most famous music directors and

got her to break in Bollywood films.

Sayema Sahar has established herself as a legendary Bollywood

singer and has sung more than 200 songs in various languages

such as Hindi, Punjabi by now. Tamil, Marathi, and Telugu. Even

days, she faced all the challenges along with true grit and

as a singer since having all the attention. She started with some

popular singing ventures in different languages, such as Hindi,

Punjabi. The next ten plus years are Marathi, Tamil, and Telugu.

If we're concerned about her new position in the world of pop,

millions of her followers are watching her on social media. Okay,

even though she made her dream debut in Bollywood, the path

wasn't so quick for her afterward. Still, she never gave up on her

ambitions and continued with all the hard work. 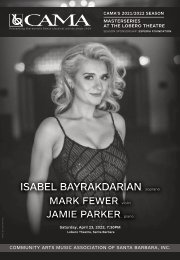 Magazine: The Newest Artist Killing Those Charts in Sayema Sahar