Etymology/Derivation of the Scientific Name

The genus name Balaenoptera is a combination of two Latin words, balaena (meaning

whale) and "pteron" (meaning fin). It thus means a whale having a dorsal fin so as to

bundles of fibers," "a muscle of the body," from Latin musculus "a muscle," literally "a

little mouse," diminutive of mus "mouse"; so called because the shape and movement of

some muscles (notably biceps) were thought to resemble mice. The analogy was made

in Greek, too, where mys is both "mouse" and "muscle," and its combining form gives

Cornish logodenfer "calf of the leg," literally "mouse of the leg." In Middle English,

lacerte, from the Latin word for "lizard," also was used as a word for a muscle

The subspecific name chilensis is Latin for Chile, where this subspecies of blue whale is

After comparing the five different subspecies of blue whale, it was

found that the unnamed Chilean blue whale was a distinct subspecies. It

was given the scientific name Balaenoptera musculus chilensis, new

subspecies. The subspecific name chilensis is Latin for Chile, where this

subspecies of blue whale is living.

44This interpretation has been accepted by the Society for Marine Mammalogy, whichnow lists three subspecies of blue whales in the Southern Hemisphere: Antarctic bluewhale B. m. intermedia; pygmy blue whale B. m. brevicauda; and Chilean blue whale B. m.un‐named subsp. (Committee on Taxonomy, 2018). Their classification was based both onBranch et al. (2007), and the molecular data in LeDuc et al. (2007). However, thisclassification is not consistent with the phylogenetic concept of Evolutionary SignificantUnits (ESUs) sensu Moritz (1994), since although blue whales from the southwesternIndian Ocean, southeastern Pacific off Chile and Antarctic display significant geneticdifferentiation, they are not characterized by complete monophyly (LeDuc et al., 2007;Attard et al., 2015; Pastene, Acevedo & Branch, 2019/2020).Chilean Blue Whale’s fluke off Isla de Chiloé, Chile.https://journals.plos.org/plosone/article?id=10.1371/journal.pone.0168646DistributionThe Chilean subspecies, B. m. chilensis (new subspecies), is found in the southeasternPacific Ocean, especially the Chiloé-Corcovado region (Chile), and lower latitude areasincluding Peru, the Galapagos Islands and the southern portions of the Eastern TropicalPacific (Wikipedia; Khalaf, May 2020).Gazelle : The Palestinian Biological Bulletin – Number 185 – May 2020 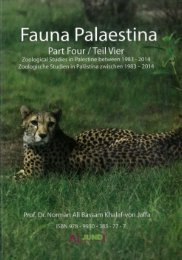 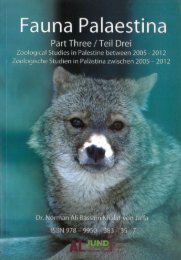 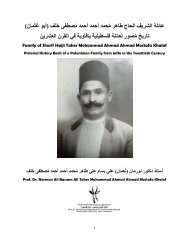 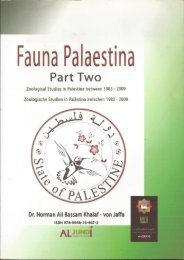 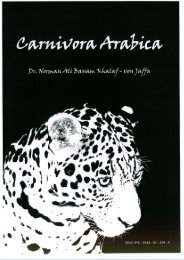 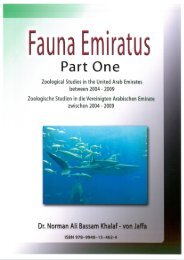 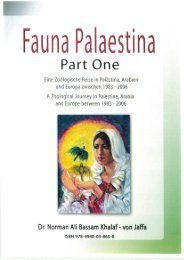 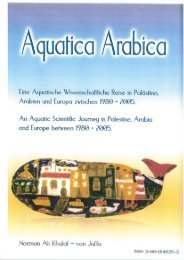 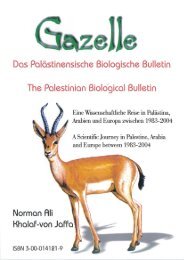 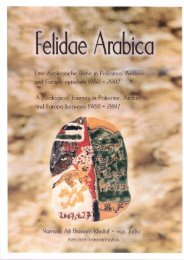 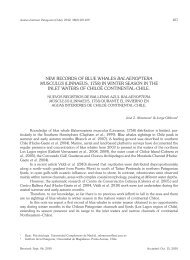