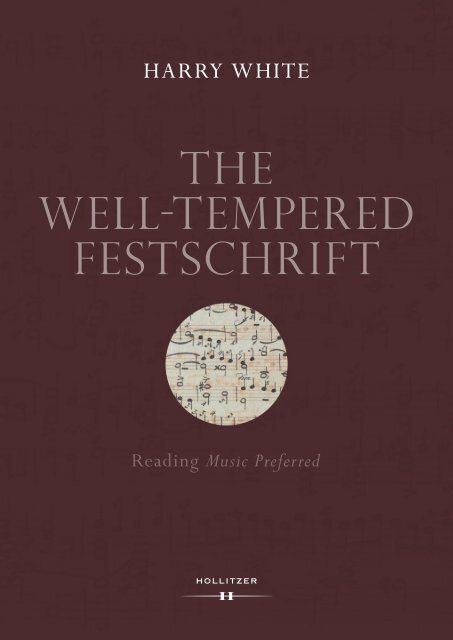 Printed and bound in the EU

and review, no part of this publication may be reproduced, stored in

a retrieval system, or transmitted, in any form by any means, digital,

electronic or mechanical, or by photocopying, recording, or otherwise, or

of the publisher. Responsibility for the contents of this book and for

questions of copyright lies with the author. In the case of outstanding,

justified claims, we request to be notified by the rights owner.

I would like to acknowledge, with many thanks, a grant in aid of

publication from the Senate of the National University of Ireland. I am

most grateful to Dr Ciarán Crilly, Head of the UCD School of Music,

for his generous assistance in the production of this book, and to Mr

Eoghan Corrigan for his assistance with layout and formatting of the

typescript. I likewise thank most warmly my desk editor at Hollitzer,

Beckermann, who acted as readers for the NUI.

manuscript, and to Professor Lorraine Byrne Bodley, who read a first

draft with her customary care and made many valuable suggestions which

have improved the whole text. Any infelicities or errors which remain are

To the friends whose work is pictured within

In A Long Saturday, a series of interviews between Laure Adler and

George Steiner published in 2017, Steiner remarks that ‘The first line

of my very first book was this: “A good review is an act of thanks.”

I believe that, I believe it wholeheartedly. You have to thank the

works and what they cost their creator.’ 1 This little book is written

in the same spirit. The Well-Tempered Festschrift is a response to Music

Preferred: Essays in Musicology, Cultural History and Analysis in Honour

of Harry White, edited by Lorraine Byrne Bodley and published by

Hollitzer Verlag, Vienna, in 2018. Its principal purpose is to thank

the editor and contributors to this extraordinary volume, even if

beside the imposing book it seeks to address: Music Preferred runs to a

formidable 774 pages. Nevertheless, I realize that the ‘act of thanks’

represented by The Well-Tempered Festschrift may seem an excessive

and extravagant gesture to some, not least because (as far as I am

aware), the thing has never been done before. But I am unlikely to

repine on that account. The truth is that Music Preferred is not only

a singular compendium of essays designed to reflect or extend upon

my own research interests over the last thirty-five years; it is also the

collective work of colleagues and former students whose friendship,

society and support have transformed my working life. To be the

recipient of a Festschrift is surely never an ambiguous privilege,

especially when it is offered as ‘a call … to further work, effort and

energy’ (and not as a tombstone intended to silence, once and for

all, the aging but apparently insatiable honoree) 2 but in my case,

certainly, the magnanimity of the whole enterprise is amplified by

with such a volume. 3

2 See Lorraine Byrne Bodley’s introduction to Music Preferred, 38, in which

she cites this definition of a Festschrift from Irving Louis Horovitz,

1991). Besides, ‘A Festschrift is much better than a Deadschrift’, as a veteran of

such occasions crisply remarked to me when Music Preferred was launched.

3 But not the first Irish musician: Dear Far-voiced Veteran: Essays in Honour of

Tom Munnelly, edited by Anne Clune, was published in 2007 and A Musical

essays in Music Preferred in turn. 4 I have tried to make the content of

as one would in a formal review), and I have also annotated each

reading with a biographical gloss to account for the circumstances of

my friendship with the author in question. I hope these circumstances

they did to me when I recalled them. I hope, too, that the additional

footnotes, to say little of the readings themselves, will please the

contributors to Music Preferred. It is they, first and last, for whom I

write, in an attempt to answer in some small measure the mighty

diapason of this book.

These readings are followed in turn by an epilogue which fulfils

another important (and cherished) obligation, which is to thank

Lorraine Byrne Bodley for her Herculean endeavours in editing

Music Preferred and bringing it to publication. I have also included

thanks to several other people concerned with this venture (notably

Gerard Gillen) and with the memorable launch of Music Preferred on

fraction of the pleasure which their book gave me, my work will not

have been in vain.

Offering: Essays in Honour of Gerard Gillen, edited by Kerry Houston and

4 These readings begin directly with the essays themselves: I address the

Byrne Bodley’s magisterial introduction (17–38) in the epilogue below.

otherwise indicated) are to the text of Music Preferred. I have subdivided

the readings below by using the original sub-headings therein.

The first essay in this astonishing collection is such a finelywrought

exegesis of Bach’s fugal technique (a reading of the

on its borders. Readers familiar with Julian Horton’s work will not

be surprised by its deep rigour and consummate musicianship: it is

almost a commonplace to acknowledge that the inherent complexity

of his readings invariably entails a corresponding lucidity of purpose,

grounded in a contextual or historical awareness that brings relief

and perspective to the density of his analytic engagements. 5 Yet in

this case, Horton breaks new ground. This is the first occasion on

which his formidably synthetic modes of perception have been

brought to bear on Bach.

In this originary enterprise he negotiates between historicist and

neo-Schenkerian models of fugal analysis (and in particular between

(UCD). We quickly became fast friends, and his exceptional musicianship

(and sheer knowledge of the repertory) constantly enriched my

intellectual life, as a rule through the agency of my walking into his office

and beginning an impromptu conversation about some piece or other

which he invariably knew better than I did. This was somehow a natural

(if unequal) division of labour: I had the questions and he the answers.

Nevertheless, he was notorious for his ‘three-part questions’ at the end of

public seminars: these were never intended to intimidate (a more unlikely

action in Julian’s case it is impossible to imagine), but when I think of

them now, I realize afresh how much we lost when he was appointed to

the Chair of Music in Durham. The matchless warmth of his presence

to the School of Music at UCD. Nevertheless, he remains a firm friend

to UCD and to the Society for Musicology in Ireland (hereafter, SMI)

and a regular participant in meetings and symposia in Ireland. In 2014

he edited a volume of Irish Musical Studies with Gareth Cox, and he has

recently (2019) been elected a Corresponding Honorary Member of the

SMI. Julian has frequently affirmed the formative and enduring nature of

his affection for Dublin. This is an entirely mutual feeling shared by his

many friends here and elsewhere in Ireland.

the work of David Ledbetter and William Renwick), but as far as I

can honestly see he transcends both. This is partly because his essay is

a supremely successful answer to a question he poses near the outset:

‘[H]ow do we describe and explain processes, which cannot be

captured by the prevailing discourses on fugal construction building

whole, but which are apparent under analysis?’ (45). Horton’s analyses

(his tables chart the topography of Bach’s combinative design with

which sometimes converge but which otherwise disclose what

Horton compellingly describes as a manifestation of non-congruent

counterpoint (47). One of these narratives is answerable to Bach’s

undoubted assent to the syntax of fugal discourse (the thematic

integrity of the principal subject as a contrapuntal governance in

particular), but the other (which reconsiders fugal discourse as an

inventive sequence of motivic derivations and even deviations from

the subject) is not. There is first the lapidary and grave stile antico subject

(and its attendant countersubjects) of the first fugue and then there

its instrumental invention), and finally there is the majestic stretto of

the third fugue in which the resolution of ‘non-congruent’ material

(including a ‘lament’ figure which affords a new plane of extramusical

signification) combines with an unnerving tension between

the first subject and the second countersubject as the drama reaches

its end. However differently this fugue has been formally construed

in the past (most conventionally, perhaps, as a triple fugue, which is

plausibly rejects) 6 , this reading privileges the formative power of the

principal subject, not least in terms of the dissonances it occasions.

Horton shows that the harmonic incongruities these latter produce

are only resolved in the final cadence. I found myself completely

this fugue, not least because it so effortlessly enhances the structural

intelligence of his own analysis. I will not disclose his extra-musical

fugue, but only a weak one, insofar as the final section comprises a stretto

In this remarkable essay, the extremism of Bach’s counterpoint

enjoys a correlatively complex analysis of the composer’s striking

autonomy of musical discourse. The result deepens our historical

awareness of this autonomy. 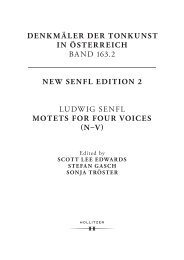 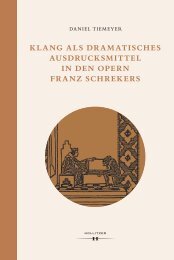 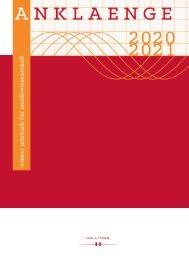 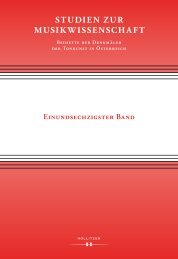 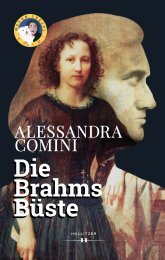 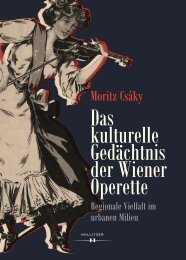 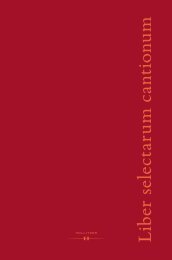 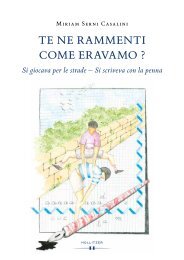 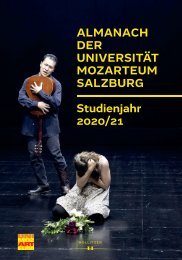 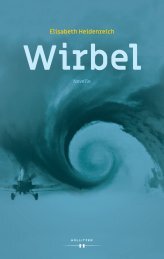 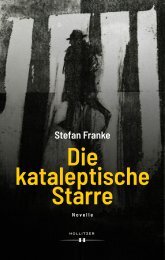 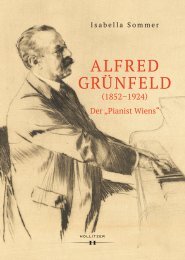 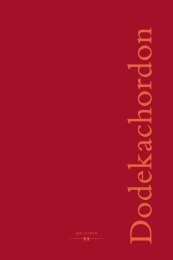 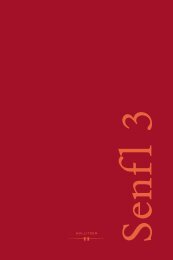 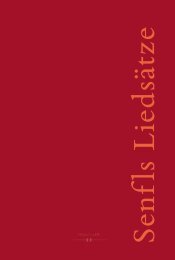