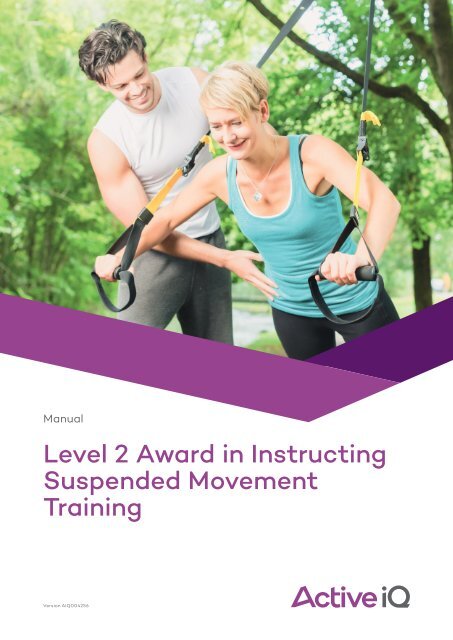 Suspended physical training has its origins in a number of places including the ancient Incan empire, German

gymnastics and in modern times, the US Navy Seals. Whilst it is primarily the military training origin that has

given rise to the growing interest within the fitness industry today, it is still interesting to be aware of the earlier

ropes to aid in conditioning and performance can

be found within the ancient Incan civilisation that

dominated the region between the 15th and 16th

centuries. The Incan empire at its peak covered a

vast expanse of land across the west coast of what

is now South America. This empire was divided into

4 regions with its capital at Cuzco, located in the

south of what is now Peru. The most powerful figure

or king of the empire was known as the ‘Sapa Inca’

and resided in Cuzco. An important part of governing

such a vast empire was to maintain communications

across the 4 regions in a quick and effective manner.

The Incas set up a system that accomplished this

very effectively. They built up and exploited the

talents of exceptional athletes they referred to as the

‘Chasqui’ or speed messengers. The young boys that

were selected for lifelong service within the empire’s

communications network were required to be able

to run fast, have great all round athletic ability and

strong lung function to cope with the rocky terrain

and very high altitudes that were to be covered. The

routes and roads that were cut through the Andes

were dotted with relay stations where one Chasqui

would pass the message onto another rested Chasqui

who would continue as fast as possible to the next

relay station some 6-9 kilometres away. The speed and physical capabilities or the Chasqui combined with

the ingenious relay system enabled a vital message to be carried as far as 246 miles in a single day. Historical

The technologically advanced Roman Empire, who were renowned for their speed of communication, are

noted to have considered a distance of 100 miles in a single day a very good achievement. The Incan Chasqui

system was by far superior. The system was so effective that the Spanish continued using the Chasqui long

after their occupation of the region. The nature of the steep terrain over the Andes mountain range and great

these men had to go through to be part of this team of elite athletes. This included a strategic form of rope

training, devised to complement the needs of this man-powered communication network. The Chasqui were

often required to navigate steep slopes and very difficult, mountainous terrain where ropes would assist them

as they weaved their way through the tropical jungle conditions.

training exercises. The three lever types are named simply by the position of the load or resistance in relation

to the point where effort is applied, and the position of the pivot point or fulcrum.

holding the handles of the straps and using gravity and body weight as a resistance. Second and third class

leverage is much more common in this situation. The following diagrams show basic pressing and pulling

exercises and how the leverage varies. This change of leverage also changes the mechanical advantage

towards either greater effort or greater speed. By understanding the mechanical advantage exercises can be

planned that can either exploit this or purposefully work against it.

that magnifies the effort making the load experienced by the user much lighter. When the resistance arm is

movement, but in so doing makes the load experienced by the user feel heavier.

knowledge of suspended movement training. They will naturally lead and progress from one exercise to the

next providing a foundation of fitness and technical ability to perform the proceeding exercise. There is also

guidance on some of the more complex exercises and how to perform similar alternative exercise movements.

movement patterns, body part focus, and the level of complexity. The chosen movement/body patterns are

linked to the most common types of suspended movement training exercises. These patterns are:

Many of the exercises will involve movement in all three planes, sagittal, frontal and transverse. When used

effectively these movement/body patterns, combined with the planes of motion, allow the trainer to target the

functional components of human movement in a logical and ordered manner.

When creating more advanced training programmes there are many options available to the fitness professional,

• combining with other training mediums e.g. kettlebell or dumbbells

park or as part of boot camp type training. This allows for variety and provides additional appeal for suspended

Example routine for an advanced client

Flexibility: all over body dynamic stretches of 12-15 reps each

• Lean into the straps so that arms take the load

• Move the arms outwards in horizontal extension until the hands

are almost in line with the body

• Chest and body lowered into the flye position keeping the spine

and other joints kept in good alignment

through horizontal flexion in a typical ‘flye’ action

Use a split stance

Vary the arm movements both

Grip handles beside each hip and lower body until suspended with

body upright and legs out in front with feet on floor

• Lower the body downward by flexing the elbows and extending

• Keep the chest lifted throughout

Bend the knees slightly with feet

on the floor to take some load

Lift one leg off the ground