"I don't blame my executioners. I will pray God bless them."So said General

Tomoyuki Yamashita, Japan's most accomplished military commander, as he stood on

the scaffold in Manila in 1946. His stoic dignity typified the man his U.S. Army

II. Moments later, he was dead. But had justice been served? Allan A. Ryan reopens

surrounded his trial and conviction, but also to deepen our understanding of broader

contemporary issues--especially the limits of command accountability.The atrocities of

1944 and 1945 in the Philippines--rape, murder, torture, beheadings, and starvation,

the victims often women and children--were horrific. They were committed by

year of the war. But the prosecution conceded that he had neither ordered nor

committed these crimes. MacArthur charged him, instead, with the crime--if it was

one--of having "failed to control" his troops, and convened a military commission of

five American generals, none of them trained in the law. It was the first prosecution

in history of a military commander on such a charge.In a turbulent and disturbing trial

marked by disregard of the Army's own rules, the generals delivered the verdict they

whose controversial decision upheld the conviction over the passionate dissents of

two justices who invoked, for the first time in U.S. legal history, the concept of

chronicles this tragic tale and its personalities. His trenchant analysis of the case's

troops, even if he has no knowledge of them--has profound implications for all 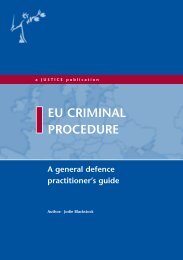