These are the new student biosketches to accompany the 2020 Van Andel Institute Graduate School Convocation.

These are the new student biosketches to accompany the 2020 Van Andel Institute Graduate School Convocation.

Elshaimaa Ali, while a Fulbright scholar from Egypt, earned a master’s degree in

biology from Alexandria University, Egypt. She most recently worked in a research lab

in vivo and in vitro molecular epigenetics

studies. Elshaimaa is interested in epigenetics and how histone marks are important

not only for DNA folding, but also for how chromatin remodelers work. Her career

goals are to be a highly educated professor and researcher in the lab. In her free time,

to Arabic and English, she knows a little German, Spanish, French and Korean.

Michigan and is excited to continue her academic journey. As part of her studies, she

participated in industry-sponsored, student-led research in materials science. This

research, though immensely educational, was not the research in which Lauren was

interested. For that reason, she changed course and decided to pursue the biomedical

sciences. This led her to Van Andel Institute, where she had the opportunity to intern

in the laboratory of Dr. Russell Jones. This opportunity was critical in narrowing down

Lauren’s research interests and led her to tailor her academic path. In pursuing a

graduate degree, she hopes to participate in the research that enhances the already

issues related to both genetic and infectious illnesses.

Ellen Griggs most recently worked at VAI in the lab of Dr. Heidi Lempradl as a senior

research technician/lab manager. Ellen graduated from the University of Michigan in

environments. Before joining VAI, she had primarily been involved with large animal

projects; however, within the past year she has been re-introduced to the wet lab

Lauren Harmon is a self-declared bioinformatics nerd! She earned a bachelor’s

degree in bioinformatics from Brigham Young University. Lauren has a passion for

research and participated in mentored research for all four years at BYU. Her research

bias to phylogenetics systematics. She also worked as a research intern for two

summers at the Max Planck Institute for Chemical Ecology. Lauren collaborated with

recruitment. She is excited to begin her studies at VAI in the fall and plans to study

long-term goal is to continue bioinformatics research in academia. When Lauren is not

doing research, she is most likely playing racquetball, hiking or experimenting with a

Vanessa Howland graduated from the University of California, Santa Cruz

with a bachelor’s degree in biological sciences. She most recently worked as an

caused by developmental manganese (Mn) exposure and assessing the efficacy of

Her research interests lie in the fields of neuroscience and epigenetics. Vanessa is

passionate about neurodegenerative diseases such as Parkinson’s disease and how

epigenetic mechanisms contribute to them.

bachelor’s degree in biomedical sciences. He returned to GVSU part-time in fall 2018

to pursue a master’s degree in biomedical engineering. He has been in a consistent

research position at VAI since fall 2010, working during his undergraduate degree

as an intern for Dr. Brian Haab. Upon graduating, Mitch was a research technician

for Dr. Bart Williams for six years and most recently worked part-time with Dr. Heidi

Lempradl. He has a wide range of experience including microarrays and glycans,

and many others. Mitch’s research interests currently include metabolism and its role

in cell signaling and disease progression, and he would like to get more involved with

with a bachelor’s degree in microbiology, and then in 2016 with a master’s degree

in pharmacology and toxicology. Her work experience includes academic research in

and prescription medications using ELISA, and more than 10 years of active duty

service with the Michigan Army National Guard. Andrea gained an interest in the

and military service. While studying TBI, she became fascinated with neuroscience,

neurodegenerative diseases and neuroinflammation. She is thrilled at the opportunity

to continue studies in these areas while at Van Andel Institute Graduate School. 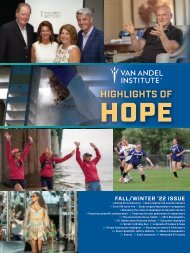 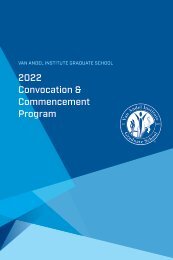 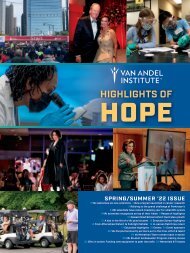 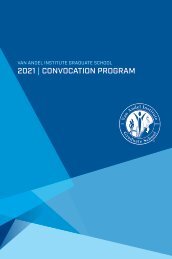 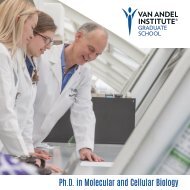 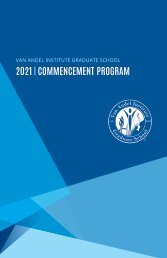 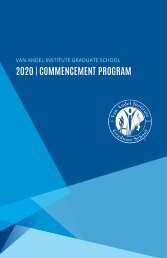 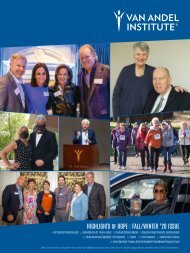 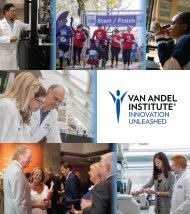 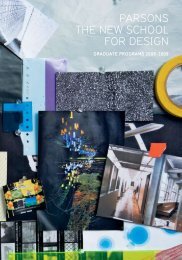 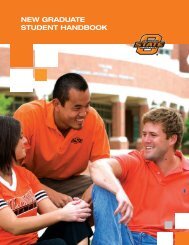