To connect with audiences who cannot physically make it to Canberra during the festival, DESIGN Canberra is curating a DESIGN Anytime program. This new program includes self-guided tours of iconic architecture and contemporary design throughout Canberra. This will promote and celebrate Canberra as a global city of design every day of the year.
This zine was created for the 2020 DESIGN Canberra festival, as a curated collection of highlights of Robin Boyd’s architectural career in Canberra. This design experience can be enjoyed as a series of leisurely reflections over a week or an exciting day trip through the city.

Canberra as a global city of design. It is an

annual program that has been running seven

The festival is presented by Craft ACT: Craft + Design Centre, a respected

and nearly 50-year-old membership organisation which represents the

Canberra region’s designers, artists and craftspeople at every stage of

their careers. Craft ACT is home to a community of glass artists, furniture

makers, textiles artists, ceramic artists and jewellers, and collaborates with

designers and architects across many disciplines.

To connect with audiences who cannot physically

make it to Canberra during the festival, DESIGN

architecture and contemporary design throughout

Canberra. This will promote and celebrate Canberra as

a global city of design every day of the year.

Quote –“It was the biggest job ever built in

Australia at the time – a million square feet – it

was a city not a building! And I’m much more

interested in the building as part of the city,

in the urban forms of things, than I am in the

This zine was created for the 2020 DESIGN Canberra

festival, as a curated collection of highlights of Robin

experience can be enjoyed as a series of leisurely

reflections over a week or an exciting day trip through

When taking this self-guided tour please be respectful

of the occupants of the buildings. By using this zine

you agree to comply with the following housekeeping

as a global city of design. It is an annual program that has

• View private property been running from the six street years or strong. footpath. The Do festival is presented by

not step onto private Craft ACT: property Craft at + any Design time. Centre, a respected and nearly

• Do not take photographs

artists and craftspeople at every

stage of their careers. Craft ACT is home to a community

artists and jewellers, and collaborates with designers and

Robin Boyd was a distinguished architect, writer and social

commentator and throughout the 1940s and 1950s was

made an important contribution to Canberra’s architectural

In 1953, Boyd formed the practice of Grounds, Romberg

and Boyd alongside Melbourne architects Roy Grounds and

capital cities, including Canberra, where they maintained an

Boyd held a lifelong interest in modern architecture, and the

suburban house was often the focus of his work, both in design

in Australia at the time, condemning the visual pollution of

With 2019 being the centenary of design for architect Robin

Boyd, this tour revisits the work of one of Australia’s most

he died prior to its completion in 1971. It is one of a small

number of opportunities Boyd had to work on a larger

Churchill House was commissioned for the Winston

Churchill Memorial Trust of Australia. The complex is

made up of a main building that connects an east and

south wing, a separate pavilion, the central pool, and a

form an L shape which encloses the courtyard, an

spaces in his designs.

The key feature of the building is the central pool,

flanked by walls of precast concrete fins for sun

‘The suburb was the major

This unpretentious, one bedroom plus study house was

designed by Boyd for Dr Hilary and Barbara Roche in

1954. Dr Roche came to Canberra from Melbourne in the

early 1950s to work in the Department of Health (Division

The house was designed in the early stages of the

Grounds, Romberg and Boyd partnership and is a good

example of Boyd’s more economical designs from the

These high-set windows are of particular interest here,

allowing the roof form to appear to ‘float’ above the

simple rectangular shape of the house. The waist height,

horizontal windows are designed to offer glimpses of the

landscape while the inhabitants of the house are seated.

Boyd designed this house for Professor Manning and

moved to Canberra from Melbourne for Manning

to take up the post of professor of history at what

would become the Australian National University. The

Manning Clark House was one of the first modernist

The house has a low-pitched gable roof, widely

living and sleeping areas, which are connected by a

glass walled passage and entrance. Either side of this

passage is a courtyard, one facing north and the other

Visible from the street is the famous study, positioned

over the entrance. It is here that Clark wrote his six

The Verge House was designed by Robin Boyd in 1964

for Will Graves Verge, the grandson of the leading

Boyd had a keen interest in early colonial architecture

had ‘the most famous architectural detail in the

country’—a cantilevered staircase which lead to a

gallery capped by a domed ceiling with lantern-like

Boyd paid homage to this by constructing a central

staircase for the Verge House which led to a gallery

connecting all the main rooms. The house is topped

by an octagonal skylight, which lights the central

space of the dwelling.

Observe from the street how the house is flanked

by wide timber-lined eaves which are shaved back

at the four corner pillars: the house is essentially a

square with truncated corners, but with an octagonal

roof. All rooms are arranged aroeyeund a two-storey,

supported by the ACT Government, the Visual

Arts and Craft Strategy - an initiative of the

and the Australia Council for the Arts - the 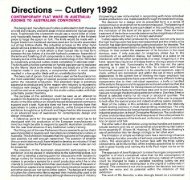 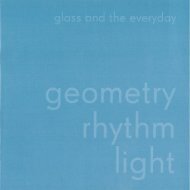 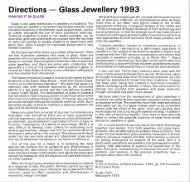 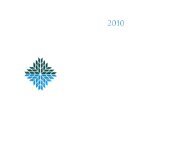 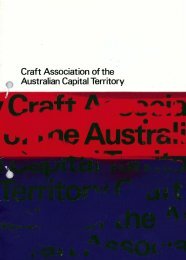 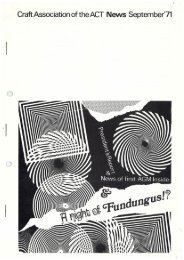 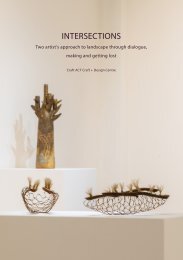 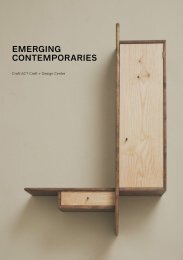 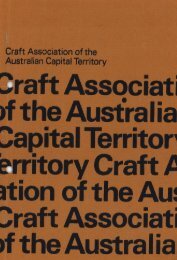 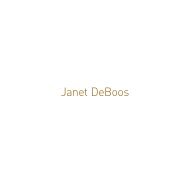 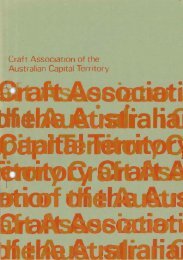 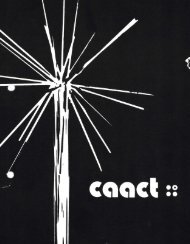 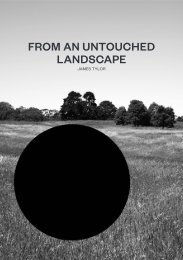 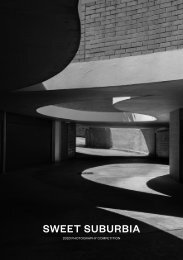 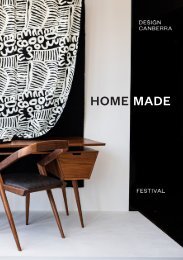 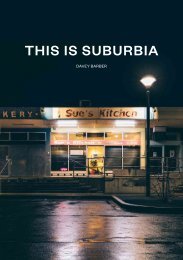 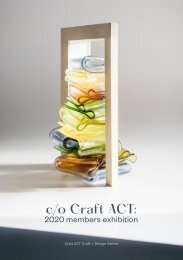 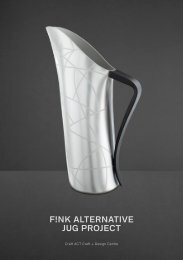 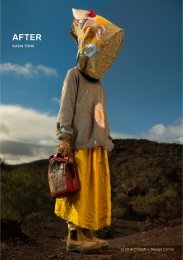 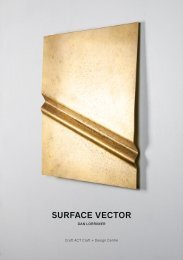 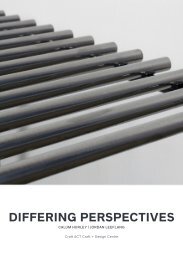 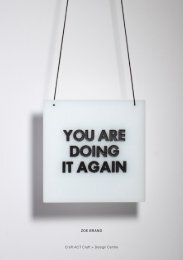 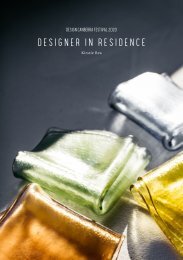 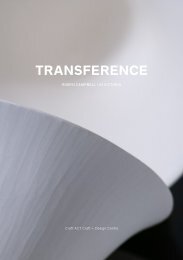 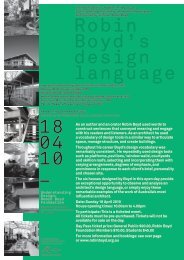