6 A YEAR IN REVIEW

Our mission is to:

to accommodate its libraries and collections.

• Commemorate the history of the Mayflower Pilgrims, culminating in their arrival and stay in

Provincetown Harbor and the signing of the Mayflower Compact.

• Collect, preserve, research, exhibit and publish archival materials on all aspects of Provincetown

history, including the contributions of the Wampanoag and other indigenous peoples whose presence

in the region predates the arrival of the Mayflower, the rise of the whaling industry, the advent of the

Portuguese fishing community and the evolution of Provincetown as a center of tolerance, art and

theater in the 20th Century, including the important role of the LGBT community in that evolution.

Message From the Executive Director

You might be wondering why you are receiving our 2018 Annual report now. Our membership

will recall that in December 2018, we changed the organization’s bylaws to reflect a more

last quarter of the calendar year. Thus, we are illuminating our program successes in the

past-tense. Our membership will see that we are building upon a solid foundation to create

sustainable growth. In 2018, our institution continued to grow in the amount of donors and

the value of increased donations.

Highlighting our commitment to the arts, we purchased a new piano for use in

our museum and to launch our new Chamber Music program. In October 2018,

we launched the Pilgrim Monument and Provincetown Museum presents Chamber

Music for the Outer Cape. Our first year drew over 200 patrons, donors, and

attendees. The aim was to provide unique and diverse programming for our local

community during the off-season. The program continues to attract new musical

In 2018, the Pilgrim Monument took over the leadership of Provincetown 400,

commemorating the Mayflower Pilgrims landing in Provincetown on 11 November

1620, meeting the native people the Wampanoag, and signing the Mayflower

Compact. Over the course of the next year, we will be working with our partners,

the General Society of Mayflower Descendants, to create a once in a life-time event.

Tickets are on sale now for this event.

with the Pilgrim Monument was in full-swing during 2018. The Bradford Access Inclined

Elevator Project received the necessary local and state approvals. Our application for a MA

Cultural Council facilities grant provided us with a $200,000 award. In 2019, we will complete

our design and development plans with construction and fund raising occurring during 2020.

people looking for tolerance and acceptance. It also identifies us as an institution that

substantially embraces diversity and celebrates differences. The historical context of the

voice in our institution. The advent of the Portuguese fishing community, the rise of the

whaling industry, and the evolution of Provincetown as a center of tolerance, art and, theatre

in the 20th Century, including the important role of the LGBTQ community in that evolution,

are positioning our institution for the future.

2019 and 2020 are going to be intensely busy for the Pilgrim Monument. The construction

Mayflower Pilgrims will take planning time and financial resources. We will need your help in

order to continue our growth. Please consider joining with us to make sure we reach our goal.

Thank you for your membership and your commitment to our future.

In 2018, the Pilgrim Monument and Provincetown Museum was filled with new events and

included a FADO concert and Fireworks Reception on First Light Weekend. These events,

new and old, were hosted to deepen the connection with our broader community.

• Star Gazing on the PMPM Grounds

• Annual Lighting of the Pilgrim Monument

A YEAR IN REVIEW

Expanding our Horizons… Chamber Music for the Outer Cape

the completion of this vital link to the community. Notable achievements included:

• The Association received a $200,000 state grant from the Massachusetts Cultural Council

for design and construction of the inclined elevator.

Conservation Commission and Planning Board.

• The Development and Construction Team includes Jay Cashman, Inc. of Quincy, (founded by

1910. Cashman is donating his firm’s services to the project. ) Coastal Engineering Company

In late 2017, the Association took leadership of the Commission formed to

execute commemorative activities during 2020 worthy of the importance

of this 400th Anniversary year of the Mayflower Pilgrim’s arrival in America.

encounters with the Wampanoag. A concerted effort was launched to start

of the Plymouth 400 State Delegation, which coordinates all 2020 commemorations.

the Massachusetts Bureau of Indian Affairs and Senate President Therese

the history of Pilgrims’ first landing in Provincetown Harbor and how

excited Provincetown is for the commemoration.

• The Pilgrim Monument and Provincetown Museum forms a partnership

home to the Mayflower Pilgrims.

• Mayflower II is officially announced to be coming to Provincetown in

immediately and a program of three concerts per year was planned. With immediate support, the

group began searching for an appropriate replacement for the existing piano in the museum.

Highlights of the year included:

• PMPM Chamber Music for the Outer Cape is dedicated to

in our community. We envision a chamber music concert series

consisting of three concerts per year presented off season—

• Define the content of the program… Chamber Music is music

with an intimate character in which there is one player to a part,

each of which is equal in importance to the others. Chamber

music is usually written for two to ten players without a

FADO, and a myriad of other types of international music.

• Publication of a program for the Concert Series with significant

• Inaugural Concert, “The Undiscovered” on Saturday,

Developing Deeper Connections with the Community…

doors to events that

previously had not used

the Museum or Grounds

these new audiences to our

mission and our facility.

AVERAGE VALUE PER MEMBERSHIP IN DOLLARS

NUMBER OF BENEFACTOR MEMBERS ($1,000 LEVEL OR ABOVE)

Total of this Assets section (dotted between line Total

of Current this section Assets) between Total

With sincere appreciation from The Board of Trustees and Staff of

the Pilgrim Monument and Provincetown Museum to

all of our Donors, Sponsors, and Members throughout 2018.

Our community bank, Seamen’s Bank has long been a partner with the

Cape Cod Pilgrim Memorial Association and this annual report is no

health of the Association by sponsoring this professionally designed

and published Annual Report. We thank both Mr. Roderick

and Ms. Meads for this generous gift to our membership.

This product is protected by copyright and 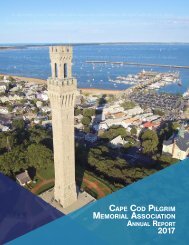 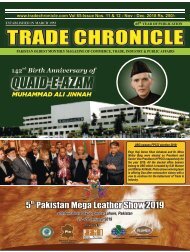 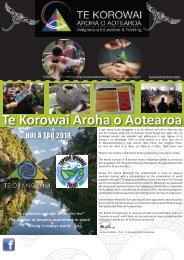 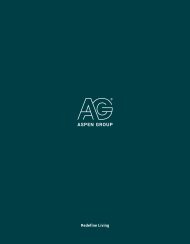 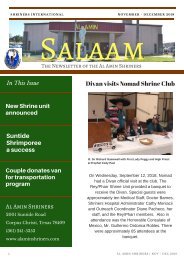 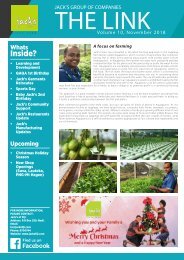 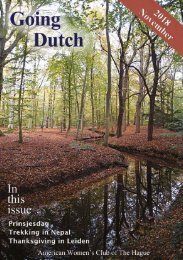 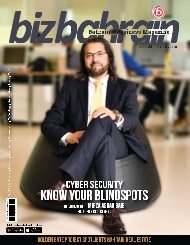 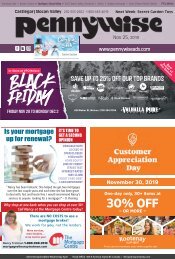 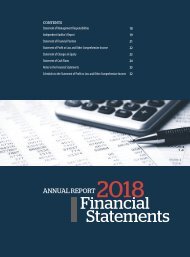 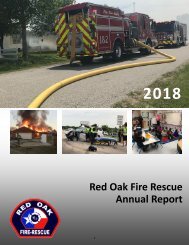 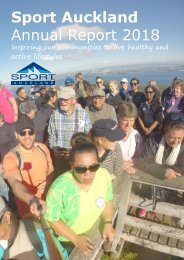