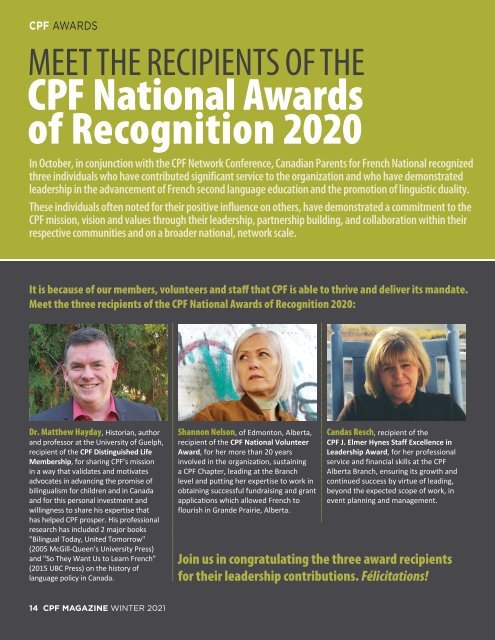 A national network of volunteers, parents and stakeholders who value French as an integral part of Canada. CPF Magazine is dedicated to the promotion and creation of French-second-language learning opportunities for young Canadians.

MEET THE RECIPIENTS OF THE

In October, in conjunction with the CPF Network Conference, Canadian Parents for French National recognized

leadership in the advancement of French second language education and the promotion of linguistic duality.

These individuals often noted for their positive influence on others, have demonstrated a commitment to the

CPF mission, vision and values through their leadership, partnership building, and collaboration within their

respective communities and on a broader national, network scale.

It is because of our members, volunteers and staff that CPF is able to thrive and deliver its mandate.

Meet the three recipients of the CPF National Awards of Recognition 2020:

and professor at the University of Guelph,

recipient of the CPF Distinguished Life

in a way that validates and motivates

advocates in advancing the promise of

bilingualism for children and in Canada

and for this personal investment and

has helped CPF prosper. His professional

and "So They Want Us to Learn French"

recipient of the CPF National Volunteer

Award, for her more than 20 years

involved in the organization, sustaining

a CPF Chapter, leading at the Branch

level and putting her expertise to work in

applications which allowed French to

Candas Resch, recipient of the

Leadership Award, for her professional

service and financial skills at the CPF

Alberta Branch, ensuring its growth and

continued success by virtue of leading,

beyond the expected scope of work, in

Join us in congratulating the three award recipients

for their leadership contributions. Félicitations! 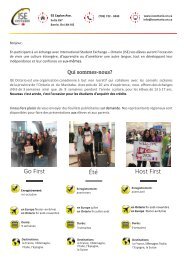 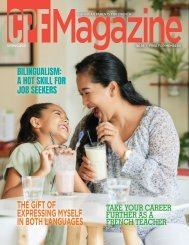 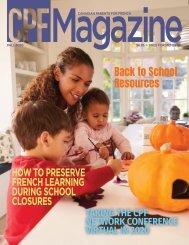 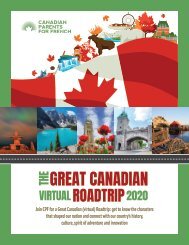 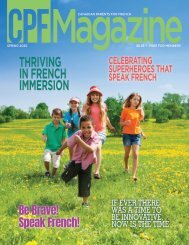 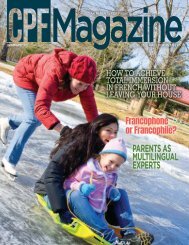 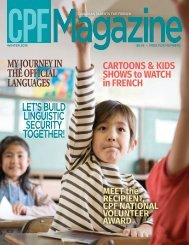 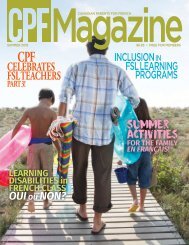 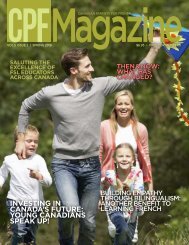 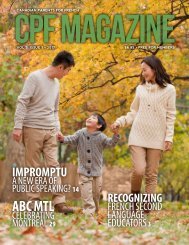 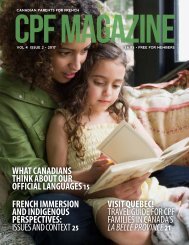