WHY I WILL NOT SUPPORT MAYOR PALMER&#039;s CAM METRO PROJECT

WHY I WILL NOT SUPPORT MAYOR PALMER's CAM METRO PROJECT

the £4bn CAM Metro project if elected on May 6.

Dr Nik said: ”If elected on May 6 I will call an immediate halt to the Mayor Palmer’s CAM

“We need to ensure that those in the north, Peterborough, March, Wisbech are better served. I

just don’t believe this project will deliver for the Combined authority as a whole.

economic and public health recovery for all"

We need to ensure that those in the north, Peterborough, March, Wisbech are better served. I

just don’t believe this project will deliver for the Combined authority as a whole.”

Though, in principle not totally opposed to a rapid system, Dr Nik said too much time and

money had already been spent on Mayor Palmer’s project - up to £4m on business plans,

consultants and setting up a company to drive the project.

Dr Johnson also expressed concerns at the cost of building the complicated network, which

system and €18m PSM than Manchester.”

“Better transport and more social and affordable homes. These will be my priorities - not trying

not support this project. I see no benefit in proceeding with the project as it stands - but lots of

Dr Johnson, who was speaking to Labour members in Peterborough and NE Cambs via a

zoom meeting, said he was concerned about how the project would be funded with a mixture of

He claimed the idea of paying for a system by needing to build 60,000 extra homes along the

route - including 7,000 new houses on land east of Linton in South Cambs just announced by

“This is being sold as a project to make the county greener, to get people off the roads but in

effect it will be adding 60,000 more house in garden villages and towns , more cars, and more

concrete on our green fields.

mayor Andy Burnham who is leading the way on bus franchising and innovative bus transport.

Dr Nik Johnson said: “Manchester’s buses being brought back into public control is simply the

and Peterborough- it is top of the tree for my Mayoral pledges.

“As mayor I will provide a service that is reliable, affordable, sustainable, accessible and

Dr Nik, who is standing on a platform of the three C’s - Compassion, Cooperation and 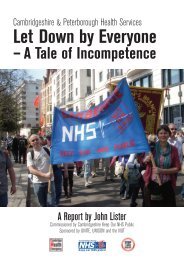 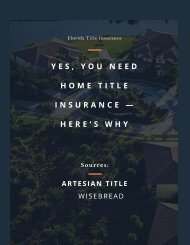 Magazine: WHY I WILL NOT SUPPORT MAYOR PALMER&#039;s CAM METRO PROJECT