"Make a Zine", our first issue of Volume 10, written, designed and articulated entirely by the inductions applicants for this edition. With a range of stories, alluring designs and intricate illustrations, take a dive into the fresh minds of our student community.

When we first discussed conducting an event

exclusively for freshers (current sophomores), we

settled on allowing them to write for and design

an entire issue. We decided to call this initiative

‘Make-a-zine,’ since it is faintly homophonic to

‘magazine’ and suggests that the issue will be

made from scratch by freshers. The idea was to

take them through the whole process of putting

together a Feeds issue, beginning from the

We received an overwhelming response and did

our best to include as many articles as we could. It

should be noted that some of the designers of this

and yet managed to submit stellar renditions.

The article, ‘A world much like ours,’ satirises the

impossible beauty standards in the contemporary

world with a twist. Another hard-hitting piece is, ‘A

Jew in a Chamber’, which imagines the trauma of

a Jew in Nazi Germany. ‘Alle-gory?’ is yet another

intriguing piece that takes us through some

rhymes. Besides, we have a couple of NIT-Tcentric

This issue is the first of its kind, and we are

extremely proud of the quality of work showcased

by the writers and designers. We hope they had as

much fun working with us as we did putting this

With the clock ticking agonisingly towards full-time on

anticipating a 20th League Title celebration at the Stadium

But Manchester City and QPR were still playing at the

Etihad. A stoppage-time equaliser by Dzeko put City to

level, and United fans got twitchy- but they were still

Then, in the dying embers of injury-time, Aguero collected

the ball from Mario Balotelli on the edge of the

box before rounding Nedum Onuoha and slamming it

and spark pandemonium at the Etihad.

Almost as memorable as the goal itself was Martin Tyler’s

“Aguerooooo!” he screamed as the striker fired in the

winner. “I swear you’ll never see anything like this ever

For the first time in 44 years, City claimed the title in

Manchester club and the premier league itself.

Now, what makes the Premier League special? Is it the

intensity with which the game is played? Is it the number

of goals scored? Is it because of the commentary?

(It’s not, you should see how crappy Bundesliga’s commentary

is) or is it because of the famous players and

managers working in the Premier League? Now, any

Premier League fan can answer all these questions and

make their point. Let’s dig deeper and break it down

to the subtle details to see what makes the Premier

HOW GOOD IS THE GAME PLAYED? OR

Many football leagues associate themselves with one

style of playing. If you take the Italian Serie A, the players

The Spanish La Liga is more of a possession-based

passes by finding space with no regard to their

defense whatsoever. The Premier League is a mix of all

these styles because the managers who come to the

Premier League are pioneers in their respective types

of football; be it Jose Mourinho, Pep Guardiola, or Jurgen

United have their own type of football.

“I realised how difficult it is. Definitely, we are not safe

HOW COMPETITIVE? HOW PREDICTABLE?

Champions League) in the Premier League is as thrilling

Premier League title win was one of the greatest sporting

stories of all time. In other leagues, it’ll be like Meryl

Streep getting nominated for another Academy award;

the same club wins the title again and again. Whereas in

the Premier League, the title winners have changed five

times in the last ten years.

What does the league mean to the fans? To the country?

For every football fan, one of their dreams will be to visit

alone” when the players come out of the dugout. Every

goal in their own eyes. Every Arsenal and Spurs fan

dreams of winning a trophy again so that they won’t

get bullied wherever they go. The fans are everything

in football. When Diego Maradonna won the scudetto

in Italy with Napoli, the crime rate in Naples reduced

drastically because all the people stayed in their homes

to watch their beloved player dance with the ball and

The Premier League is not just a sports league, but

it’s also a very powerful organisation. The League and

its clubs are committed to equality and diversity and

constantly work to combat all forms of discrimination.

The League also works with Stonewall and its Rainbow

things. Why is it the most-watched sport in the world?

That’s still an enigma, but football is here to stay, it is

here to entertain, it is here to make us go crazy, and it

is here for us to debate between Messi and Ronaldo all

I was born in a world constructed of cruelty and heresy.

Decades later, it haunts me to understand that we

are in no better place. I felt it was crucial for this generation

of leaders to understand their purpose through

righteousness. I hoped that this would mark the epoch

of women empowering each other to build a state of

compassion and benevolence. I wished that this would

protected from the world, but given wings to conquer

I was born into a forward-thinking family at the time,

and I wasn’t denied anything my brothers enjoyed. My

parents had nurtured me and inspired me to be the

person I became. My mother taught me she wasn’t

known just as a widow, but as a social worker and freedom

fighter. I had the space to question society rather

than accepting the status quo. My rebellion started as a

child against the deeply demeaning institution of caste.

I pursued my education at one of the renowned institutions

yet and grew myself out of the box and moved to

Destiny fell upon me. A five-hour meeting changed the

course of my life. I am of course talking about the biggest

patriot I had seen, not just towards the country but

also towards humanity. Subhas Chandra Bose! I would

aver that he was, is, and will be the military icon of the

nation. He taught me freedom can be won. At the strike

of the fifth hour, I was ready to give my blood for our

freedom. We had a passion, we had a reason, and most

of all, we had integrity.

I was offered captaincy of Rani of Jhansi Regiment of

fought its course in Burma valiantly. I was captured,

yes, but the courage in me never died; if anything, it

intensified, like an ember does into a blazing wildfire. All

those eyes, they are flaring down upon the world that

was built on their sacrifice.

woman Defence Minister of India. It gives me great

pride to witness you heading the behemoth of a battle

that is ensuring the security and sovereignty of the republic.

At the same time, I am dispirited to know that

a woman cannot be on the frontline in combat. We

both come from the land that cradled and raised combatants

Kuyili, who burnt the British armoury and dictated the

significance of women in combat. It is disheartening to

learn that we have put women on spaceships, traversing

the cosmos, but are still somehow reluctant to train

them to lead combat sails. To defend the nation we so

you say, but why stop her when she can embrace it

wholeheartedly to victory? It is important that we don’t

just have equality on paper. Drown out the noises of

social stigma clogging your ears. I think it is time the

girls and unfettered them from stereotypes. A woman

does not stand the description of gentle anymore,

you must know that very well yourself. I hope you help

create administrative and social infrastructure for the

I hope you will take forward the legacy I have left behind.

I hope India vindicates itself from my accusations.

Raise arms for peace and sisterhood only. Create a reality

that is unprejudiced and just. Create an amiable

nation. Create a world built on the bedrock of amity.

Glad to ignite and revolutionize,

For a better world, 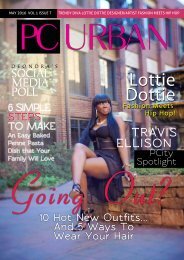 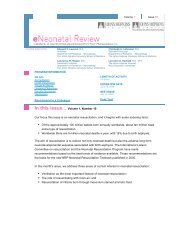