Prospect’s VISION Series is a new initiative launched in 2020, to continue the company’s mission of

Through the VISION Series, Prospect provides paid opportunities for artists to create new work by

ultra-small-cast projects embrace a variety of visual and musical styles and stories, striving to capture the

VISION Series film projects are openly accessible for online viewing and are closed captioned. Films are

funded through donations and grants, and will be presented for free streaming via Prospect's website,

The initial four VISION Series projects were filmed on location at, and with the support of, the Goodwill

Theatre located in Johnson City, New York, where Prospect artists were in residence during September

West End Theatre, located in the Church of St. Paul and St. Andrew on Manhattan’s upper west side.

made possible with leadership project support from:

Special thanks to the staff members of Symphony Space for their extraordinary support,

especially in navigating the Feb 1, 2021 blizzard.

got his start in gospel music and has performed around the world. He has recorded albums and was voted top 24

on “American Idol” in 2011. After a world tour, Marcellus was featured in a ChapStick commercial, NBC’s “Next

Caller,” and STOMP. Marcellus also hosts a burlesque show at Duane Park. He founded Surrender to Love, LLC, a

foundation that supports arts programs and seeks to feed the hungry and Adventure Voice, a training program

offering vocal classes for groups and individuals. He directs The Marcellus Music Ensemble, a new and powerful

collection of voices that help to comprise the Marcellus Orchestra.

Endea Owens (Bass), a native of Detroit, was named Lincoln Center’s Emerging Artist in 2019. A vibrant up and

coming bassist, she has been mentored by Marcus Belgrave, Rodney Whitaker, and Ron Carter and has toured and

Stephen Colbert.” She has been featured on ABC7 News, ABC7’s “Here and Now,” and on “The Indie Beat” with the

Manhattan Neighborhood Network. In addition to graduating from The Juilliard School in 2018, Endea graced the

cover of Japan’s “The Walker’s” Magazine and was featured in The Wall Street Journal and Billboard Magazine. In

June 2020, she founded The Community Cookout, an organization dedicated to distributing hot meals and providing

TJ Reddick (Drums) is an American musician and educator and a graduate from The Juilliard School. He resides in

Batiste, Nicholas Payton, Alicia Olatuja, Will Downing, Mwenso and the Shakes, and many more. He has also

Revival Center, and City Tabernacle. TJ believes music is a form of art, and that art is a reaction into an artist’s

innermost self. As a performer, his goal is to exhibit honest raw emo!ons to form a meaningful connection between

an audience and the art.

Rooted in the tradition of live acoustic performance while incorporating the latest musical technology, he has created

at three years old. He shares his passion globally through his orchestra, Mathis Sound Orchestra (forthcoming

album ‘World Unity’), his solo project (forthcoming album ‘Live At The Museum’), and his emerging quartet, The

Elements. When not performing his own music, Mathis has the honor of sharing the stage with artists such as

of the rising stars of the next generation. He has performed with many renowned artists including Marcus Roberts,

Michael Feinstein, Rhiannon Giddens, Marilyn Maye, and Rihanna. On Broadway, he has performed in the

orchestras of the Tony winning After Midnight and the Tony nominated Shuffle Along, and was the Music Director for

festivals, including Madison Square Garden (VMA Awards). Projects include playing with Sammy Miller and the

Congregation (Ars Nova residency) and the Savannah Swing Central & Music Festival. He is the bandleader of an

early jazz band, Gotham Kings, which performs at Jazz at Lincoln Center and Ginny’s Supper Club in Harlem. He is

producing his original show Mother Kofi: The Tale of an African Princess inspired by his family history and has

appeared on “Saturday Night Live” and “The Late Show with Stephen Colbert” and in the film, BOLDEN. Education:

Jesse L. Kearney, Jr. (Book / Lyrics) is an award-winning playwright whose honors include the ASCAP Musical

Theater Workshop and the Jonathan Larson Musical Theater Fellowship from the Dramatist Guild. He received

Broadway, and has authored three one acts, Dinner For Two, O, Ye Of Little Faith, and Phantasmagoria–

Room Series and he provided book and lyrics for the short musical The Lion In Love (music by Brian Feinstein), and

the libretto for The Blind Man (music by Deborah Abramson, lyrics by Peter Mills). His songs have been featured in

musical revues throughout NYC. Mr. Kearney is a co-founder and General Counsel of The STAGE Network, a

Jeffrey L. Page (Director) is an Emmy Award-nominated director and choreographer. He spearheaded the 2015

The first African American to be named the Marcus Institute Fellow for Opera Directing at The Juilliard School,

Jeffrey won a MTV Video Music Award for his work with Beyoncé, whose creative team has included him for over

12 years. His work was featured on her “The Formation World Tour,” in her historic Coachella Valley Music and Arts

Festival performance, and in two HBO specials. He was the associate creative director for Mariah Carey’s “Sweet,

Sweet Fantasy” European tour and has been a choreographer on “So You Think You Can Dance.” On Broadway,

Jeffrey was in the original, award-winning cast of Fela! and choreographed Violet starring Sutton Foster. He

received an MFA in Dramatic Direction Columbia University and teaches at Harvard and Juilliard. As co-director and

choreographer, he is currently working with Diane Paulus to mount the Broadway revival of 1776.

Brian Bon (Cinematography) is a Dominican-American cinematographer who was raised in East New York. Brian

specializes in cultural media production and focuses on centering the Latinx community through visual art. As a

technician and operator, his reel includes feature length project The Mountain directed by Rick Alverson and

Jason Biggs and Caleb Eberhardt which was screened as part of the 2020 Brooklyn Film Festival. Brian is

passionate about the representation and empowerment of Cypress Hills, NY the community that nurtured him, and

has established a production company, specifically to amplify the reality of life in his neighborhood.

Victoria Davidjohn (Lighting Design) is a writer, theater director, and lighting designer. A recipient of the Martin A.

Dale Fellowship and the New York Women's Foundation Directing Apprenticeship, she is currently serving as the

Coordinator for Academic and Student Engagement at the Lewis Center for the Arts. Most recently, she served as

adaptation of Hercules. Her upcoming projects include the lighting and sound design of Surely Goodness and

Mercy and the dramaturgy of OK Trenton, a new documentary theater piece at Passage Theater.

Kevin Heard (Sound Design & Audio Engineer) is a producer and sound designer based in NYC. His theatrical sound design work

has been heard Off-Broadway: Einstein’s Dreams, #DateMe, The Hello Girls, Midnight at The Never Get, In & Of Itself; on Broadway

(as Associate): The Minutes, All the Way, The Cherry Orchard, The Country House; and the international premieres of Fun Home,

Kinky Boots, and Matilda in Manila, Philippines; also, dozens of regional productions from coast to coast. Kevin is an independent

producer and works often on shows for BenDeLaCreme Presents. He recently produced his first feature film with The Jinkx and DeLa

Pope Jackson (Production Manager) is a producer, designer, production and technical manager with close to two

decades in the theatre and events industry. A Harlem native and founder of Actuator Inc., Pope began his role at

The Shed In 2018 where he is Production Manager. Prior to that, he served as Production Supervisor for BRIC

Celebrate Brooklyn where he worked on the 40th anniversary sculpture HEDERA, and as Assistant Operations

Manager for New World Stages. Credits include: the NY 48 Hour Film Project in 2005, work on a Grammynominated

album with Wynton Marsalis in 2006, and a proclamation from Mayor Michael R. Bloomberg in 2009. In

was recognized by Mayor Bill de Blasio for outstanding efforts to improve the city.

Romeo & Juliet (Trinity Rep), The Sleeping Beauty (The Washington Ballet), OSCAR at The Crown (Neon Coven), In The Heights,

Francisco, Yale Repertory Theatre, Ensemble Theatre Company of Santa Barbara. She is the Producer at the International Festival of

Arts & Ideas and is one of Prospect’s founders. Melissa holds an AB in History from Princeton University and an MFA in Theater

Management from the Yale School of Drama.

Five Voices; as director: Einstein's Dreams. Regionally she has worked with Goodwill Theatre, the Village Theatre, and Surflight

Theatre, and internationally with Broadway au Carré in Paris. For more info: CaraReichel.com

gratefully acknowledges the support of our generous funders

Campaign, gifts made in support of Project Specific Campaigns, and gifts to The Forward Fund, Prospect’s Working Capital Initiative.

Thank you to the following donors who have contributed to the VISION Series from October 15th onward!

New York State Council on the Arts with the

Please visit www.ProspectTheater.org to support the VISION Series with a pay-what-you-can donation.

Prospect is a 501c3 charitable organization, your donation is tax-deductible to the extent allowed by law.

two decades, the company has premiered more than 35 musicals in New York City, in addition to new plays and numerous reinventions

of classic works. Reflecting its investment in the future of the field, Prospect leads a variety of developmental

initiatives: including an annual Musical Theater Lab for emerging writers, and the IGNITE Series of new musical theater in

streaming. In recognition of its enterprising and risk-taking new musical theater, the company has received an OBIE Award grant,

and its role as a community anchor for emerging artists that strengthens the quality, diversity, and dynamism of American theater

was honored by the American Theatre Wing. www.ProspectTheater.org

Rosenblum, adapted from the novel by Alan Lightman, and The Drama Desk and Outer Critics Circle Award-nominated The Hello 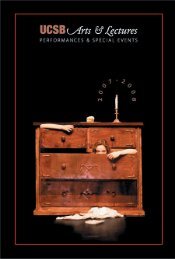 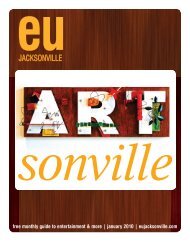 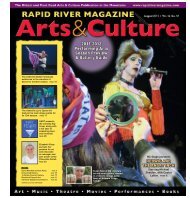 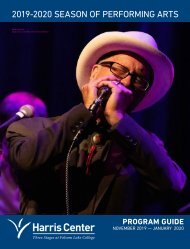 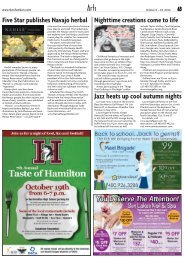 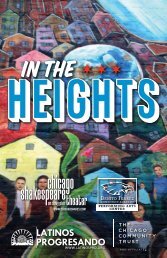