I’m an artist with

Portrait of a friend

Free-styled impression of gay guys in a gym.

and work with oil

An interpretation of a

Riccardo in the New

Portrait of Malek on the

a year at the

Meadows, PA until the

struck. I have exhibited

my work in shows in

Sebastien,” patron of queer and

A portrait of Daryl

A portrait of model and

I also have experience

pieces. I have a special love

for abstract photography and

am now planning a series of

collages. Until this year, I

worked halftime as a

practicing pediatrician. I will

soon be preparing an artist

book for my paintings.

A portrait of Justin

A portrait of Paul

Portrait of a gay/queer

painter friend from the

A portrait of Travis.

"I DISCOVERED MY BISEXUALITY WHEN A

MALE MODEL I WAS PHOTOGRAPHING

ASKED ME TO FLUFF HIM BECAUSE HE

WAS STRUGGLING TO GET AND MAINTAIN

before but figured why not if it would

help him get some shots he wanted for

his portfolio. In the process I

discovered that I actually enjoyed

serving him in that way"

George Krause is an award-winning

photographer based in Clovis

California. He photographs a wide

range of genres from street photography

In addition to photography, he also

enjoys working as an art model for local

"Posing nude for art and photography

is such a freeing experience"

Although he works in the medium of ceramics,

oxymoron if you’re not familiar with his work, but

once you come to know his exquisitely irreverent

ceramic plates it starts to make a particular kind of

Hoffmann eschews the perfection of the expected

sphere to craft plates that are willfully irregular –

misshapen and rough around the edges.

These broken spheres are the canvases on which

he memorializes passing moments of thought that

punctuate the highs and lows of his existence, so

his plates take on a function that has surprisingly

little to do with their form. You might think of

them as a diary of impressions in which he sets

down, in brief, pointillist form, the details of a

world in constant flux and motion. The plates

come to stand in for clauses and phrases,

establishing a form of the syntax that is visual and

textual at once. Seen in clusters, they come to

constitute paragraphs, even noisy chapters of

One of the world’s oldest and most fundamental

art forms, ceramics is considered a medium in

rustic center of the home. But none of Hoffmann’s

objects are intended to be functional – they are

forms hi-jacked from the homey environs of the

domestic sphere for the purposes of unfettered,

turns of phrase undercut the ornamental

decorativeness of their initial impact.

All his plates are hand-thrown. ‘I

literally take a ball of clay and throw it

at an angle on a canvas-covered slab

until it is thin and relatively even, then

drape it over a Plaster-of- Paris mold,’ he

says. ‘The next day, when the piece has

dried a bit, I take it off the mold and it’s

ready to fire to a bisque temperature,

which enables me to handle the piece

easily while painting it. The work is then

re-fired and, at this stage, I usually paint

on the lusters or apply decals’, which

relating to places he has visited and

things he finds of interest, or snapshots

taken on his cell phone. He works in a

studio in a grand, but the empty old

house in the leafy suburb of Houghton

and travels through to Pretoria at least

twice a week to have fresh pieces fired at

a ceramics studio there.

Hoffmann is a self-taught ceramicist,

who grew up surrounded by jacaranda

blossoms and studied art at the

University of Pretoria in the early

were emerging from the city’s art

schools. He has been working with the

medium for about 20 years, knowingly

engaging with the decorative surfaces of

as ‘canvases’ to explore his own frenetic

‘My career in ceramics happened by

default. You could say I got sidetracked

by the possibilities,’ he says.‘I’m really

curious and impatient, and with

ceramics, you never know exactly what

to expect – but this medium does

respond well to me. And I enjoy playing

In as much as some of his works have been

triggered by the currency of contemporary

debates, there are also the pieces that hark back to

sensibility that toys with the idea of ceramics being

one of the world’s oldest and fundamental art

found on an excavation site due to their misshapen

inspired fonts, writes Ufuk Çelik in his blog, A Tie

from another time, his works fulfill the function of

about his personality, his thoughts about identity

The images on the surfaces of Hoffmann’s plates

differ from sketchy to precise, ranging from

photographic images to drawings, to cut-up

elements that seem to have been extracted from old

society in the dining room

context with which we have come to associate

With a tone of delicious black humor, he layers the

surfaces of his plates with autobiographical

musings on his personal life and sexuality. Reading

the truncated phrases and fleeting reflections that

crop up across an anthology of his plates, one has

a sense of being the voyeur for a moment –

peeping through the keyhole of his life and liaisons.

There is that fleeting, vicarious sense of impetuous

reconciliations, but you’re never quite able to stitch

together a coherent narrative or a happy ending.

We’re strictly in the territory of the college cut-up

or the cover version remix, where only a titillating

echo of the originating moment prevails.

The titles of his works occupy that gloriously

in a swirl of molten mascara. One can’t but be

touched by the wistfulness of ‘camelia japonica in

a shot glass’ or the melodrama of ‘goodbye

everybody’, the desperation of ‘I must get out’, or

the plain bleakness ‘life is terrible’. With the

solemnity of a jilted drag queen or the jarring

appeal to the desperate romantic in us, while

swoons lend a suitably operatic quality to his

aesthetic. The fragility of his medium could not be

the Netherlands. Using ceramic earthenware as his

objects such as plates, containers, and tiles into

the plates with a vast array of images and text that

can be unapologetically political and

confrontational, the work expresses the artist’s 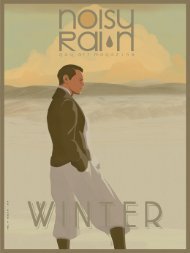 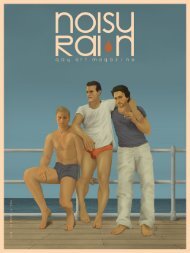