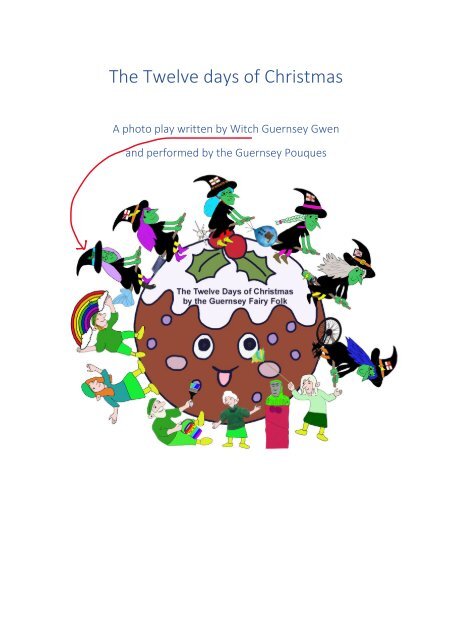 The Twelve days of Christmas

The naughty Guernsey pouques (pixies) decide to perform the 12 days of Christmas and it does not go to plan.

The naughty Guernsey pouques (pixies) decide to perform the 12 days of Christmas and it does not go to plan.

The Twelve days of Christmas

and performed by the Guernsey Pouques

The Guernsey pouques are like naughty pixies. Each Channel Island

has its own pouques and witch. The pouques are shape shifters and

can change into animals. You can recognise a pouque animal as it is

green and orange. They are delighted to perform for you today.

will say that they are called P’tite Jeanne or P’tit Jean.

The witches are called:

On the first day of Christmas, my true love sent to me:

A partridge in a pear tree

P’tit Jean was the first pouque to perform and became the partridge in the pear tree. The

some pears to a random tree in a field that still had leaves on.

They then took a photo.

Unfortunately, the local farmer caught them trespassing and liked the idea of partridge pie.

P’tit Jean was lucky to escape. The pouques had to carefully remove the lead shot from his

On the second day of Christmas, my true love sent to me:

P’tites Jeannes made themselves into two turtle doves. P’tit Jean turned himself back into a

partridge and held a pear in his beak to represent the tree. He told the others he was not

going back to the farmer’s field.

The two turtle doves sat on the branch of a tree in the garden. They were horrified when a

sparrowhawk screeched down and tried to grab them for his tea.

Both turtle doves escaped, one having only sacrificed a few feathers, and the other went to

On the third day of Christmas, my true love sent to me:

French National Anthem), at the same time. One of them even managed to produce an egg

for tea. The other two failed to do this as they had accidentally turned themselves into

problem since there are no foxes on Guernsey. However, they didn’t realise that they had a

garden visitor. A large dog grabbed one of the hens and scuttled off with it. The other

pouques chased after the dog, throwing pears at it until it dropped a rather dishevelled hen,

The turtle dove and partridge watched from inside the bunker, confirming to themselves

that this was a good place to be.

On the fourth day of Christmas, my true love sent to me:

The Sark pouques made themselves into blackbirds. The word colley is a northern word to

The four colley birds took their place on a tree branch and posed for the camera. The

neighbour’s cat had other ideas. Three of the birds just managed to escape. The others

threw eggs at the cat until it dropped the fourth bird. Traumatised, he went to sit down.

The French hens, turtle dove and partridge watched from inside their bunker, remembering

why they weren’t outside.

On the fifth day of Christmas, my true love sent to me:

one. They organised a spontaneous hula hooping competition. Herm Hattie had very agile

hips and won. The others thought that it was not a fair competition as Hattie regularly

The three colley birds, two French hens, one turtle dove and partridge all had a go a hula

The bunker is getting a bit crowded and is full of bird poop.

On the sixth day of Christmas, my true love sent to me:

The Alderney pouques performed this one. Quite nervous at being outside, they didn’t have

a choice as the bunker was now full of other birds.

Alderney Annie witch kept watch. Unfortunately, she got distracted by posting selfies on her

dinner. The chosen goose did manage to make a hole in the sack and escape before it was

bundled in the car.

The other five geese demanded to be let into the bunker, which was now rather smelly. The

sixth goose was too traumatised to carry on.

On the seventh day of Christmas, my true love sent to me:

The fairy folk decided to act this scene out on St Saviour’s reservoir.

nervously flew to the reservoir to have a look. They were accompanied by Sark Sallie on her

broomstick and felt a little safer travelling in a group.

out an island wide alert not to drink water from the tap and came to take some samples,

concerned that the green swans might be covered in poisonous algae.

to analyse them. The geese, blackbirds, hens, turtle dove and partridge didn't hang around

On the eighth day of Christmas, my true love sent to me:

This scene took place the Guernsey Dairy. The fairy folk found some cows heading towards

the milking parlour and stopped them to ask them to pose.

whose “udder” she was pulling snorted angrily and ran towards them all.

take back with them to the bunker.

On the ninth day of Christmas, my true love sent to me:

The fairy folk were quite exhausted by now having escaped a famer, a sparrowhawk, a dog,

a cat, hungry humans, scientists, and a bull.

The birds joined them in the audience. All the fairy folk watching were given a fresh glass of

while for them to clear up the the split milk, bird poop, broken eggs, and squashed pears.

On the tenth day of Christmas, my true love sent to me:

P’tite Jeanne whatsapped her Aunty, Joan the Wad, Queen of the Cornish piskies, asking if

she knew any Lords.

Parliament. The faerie wandered around to try and find some Lords. She came across ten of

them playing Christmas games in one of the chambers. They weren’t social distancing.

She overheard one of them saying that it wasn't a party. It was a business meeting.

Anyway, the English faerie sent the pouques a photo for this scene.

On the eleventh day of Christmas, my true love sent to me:

P’tit Jean called Ghillie Dhu, up in Scotland, and asked if he could find some pipers for this

scene. He found a troop making a recording for Hogmanay. COVID 19 meant that live

celebrations have been cancelled.

Ghillie Dhu sent through the film, and everyone danced as the piper played the Gay Gordon.

They did their best amongst the slippery bird poo, broken eggs, pulverised pears, and awful

sweaty smell in the bunker.

On the twelfth day of Christmas, my true love sent to me:

Sark Sallie had a really good idea for this scene. She found the photo that they took when

Everyone looked back at that photo and remembered what it was like in lockdown. They

Phew, 2021 is nearly over. What a year it has been. The fairy folk across the world have been

working as hard as ever to protect their humans from the nano invader COVID-19. They all

hope that next year would be better. 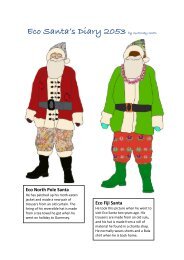 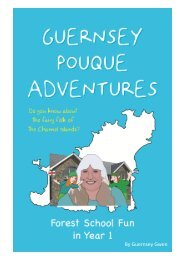 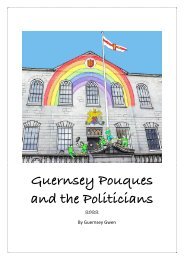 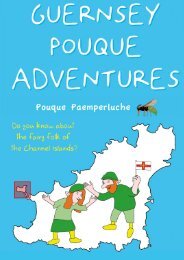 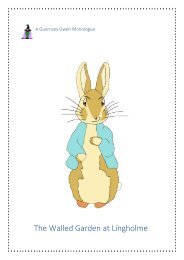 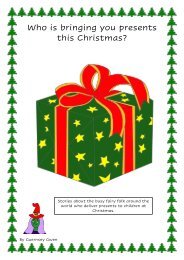 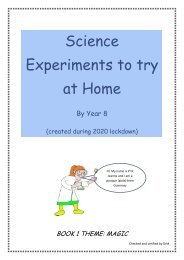 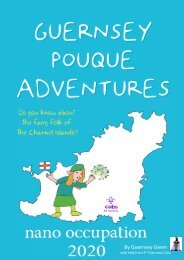 Magazine: The Twelve days of Christmas