“I do believe that

to a certain degree

we all live a certain

fiction that we have

to call your name?

take mine I’ve got another

here in the apartment

and you say okay thanks

I’m off to the airport

to wreck an airplane

and the brave donor

smiles out his flaccid window

and drops his fedora

I’d go with you

asking you to retrieve his hat

but my brave face

the one with the resolution

is still at the laundromat

so I say no

1. WE ARE ROHINGYA - featuring photographic work by a collective of Rohingya

photographers based in the world’s largest refugee camp in Cox’s Bazar, Bangladesh. (Virtual

(use arrows at the lower right corner to navigate the exhibition)

2. When Akira Kurosawa brought the Russian Far East to the silver screen

freedom and prideful expression, a moment

to recognize the struggles of the past and to

celebrate the moment. To carousel freedom

of self, freedom of expression, freedom from

bigotry and prejudice. It is a dichotomy not

lost on me; as simultaneously the neighbours

revert 50 years of progress in the fight for

personal rights. The image diverges back

a couple months to a window display,

Support and Become our Patreon member

Cape Breton through series of photographs,

encounters, prose and poetry. Under this context,

prompting the collected materials to evolve into

an ensemble — a new piece of rendering, a new

Chad Tobin then emerges with his deeply moving

photographs of Robert Frank, followed by another

arresting suite of black and white portraits from

“Island” puts forward a coda to the score.

Individual Copyrights belong to the Artists and Writers.

For information about permission to reproduce material

from this book, please write to mail@oceanpounds.com

DOUBLE DOUBLE was published as a weekly webzine

Some issues were re-packaged and published as

Since January 2022, DOUBLE DOUBLE has become a

and ebook versions. POD is available for orders at OCEAN

POUNDS in Toronto or online at BLURB (blurb.com).

DOUBLE DOUBLE ebook edition is available for read-on-line at

Images on front and back cover, end pages,

Some artwork featured in this publication might be available

A unique Artist Proof edition was produced in March 2019. Currently, this body of

work is made into a book. Images featured in this issue (on front and back cover,

A Room with a View

Across the Golden Horn

Young Pamuk had another view

The fine art of fishing

We ate a Black Sea turbot

Saltiness in the air constant sea wind combs my hair

cruising up north we turned back

at the confluence of

Bosphorus and the Black Sea

On the strait of Bosphorus I lost my sense of place

dream riding on the ferry

from island to island

from the foot of the harbour

manors on the west houses on the east

overhead a flock of seagulls

No glittering ultra-modern mega city of the 21st century

the blemished splendour thrills like fine wine and poetry

from the pier of Eminonu

Chad Tobin exhibited his work To be Frank

at our gallery in 2018. During the exhibition

I talked to him casually about the series, and

was moved to find he put some much heart and

effort into building trust and friendship with the

legendary photographer, and had been treating the

He talked about some afternoons there was simply

no conversation between them; they just sat and

Some time after the trip to Istanbul, I fancied going

to Cape Breton, to meet Robert Frank myself. I

emailed Chad to see if he could be a lead. He didn’t

reply. Now I understand why, it was simply too late.

Chad Tobin is a photographer living and working in

Cape Breton, Nova Scotia. He is one of the founding

members of the Hot Fog Collective, a group of east coast

artists specializing in project-based photography and

AN IMPROBABLE MENTORSHIP WITH A LEGEND

My heart beats faster. Should I park the car at the bottom

of the driveway or by the house? I think it will be more

respectful if I park at the bottom of the driveway. The engine

actions. Surely he won’t call the cops? Is this trespassing?

This is definitely trespassing. He must have people

approaching him all the time. Maybe this is exactly why I

should turn around and forget this whole thing. At the same

regret it forever. Turning the engine off, I grab my camera

and the book. Walking up the steep driveway, I notice my

feet in battle with my brain, shuffling one in front of the other

with a hurried step, as if to shut down the inner voice telling

me to turn back. I sheepishly knock at the door. “Yes?” a

gray haired woman answers. Without thinking, I blurt out,

in a quivering pitch, “ I am a photographer. I was wondering

if Mr. Frank would sign my book.” Once I was done, she led

me towards a small studio near the main house and called

out loudly, “Robert, there is a guy here asking if you would

sign his book, and he has the same type of camera as you.” I

hear a voice from inside say, “Send him in.”

home in Mabou, Nova Scotia. After that first unannounced

visit, it became a yearly ritual that eventually turned into

a body of work called To Be Frank, a series of photographs

with Frank woven into the rural landscape to which he would

escape from New York City. Our conversations were mostly

(a suite of twelve

St. Valentine’s mixes a series of encounters with people who are living their lives authentically and

without reservation on the eastern island of Cape Breton, Nova Scotia.

ask people out over the phone on Valentine’s day. “It became an addiction to see if I could get them

to agree to meet me for coffee, let them see what I do and then have them invite me in their space and

explore what makes them happy.”

The jigsaw nature of the different collaborations mixed people like Kurt, a Buddhist who collects

Not everyone agreed to be in the photos, but would consent to their spaces and areas of tranquility

Tobin soon discovered through spending time with the subjects, “These people are here for

themselves but not selfishly, which in turn, means they are here for us.” Using direct flash allowed

freedom of resistance against the status quo. St. Valentine’s is a reminder to look internally at our own

choices on what makes us happy and why we do not pursue our own internal calling.

What is geography to me? In my advancing years, I’m still asking myself the same question, or, did

I ever ask myself the question? I recall faintly, but with a hint of vividness, the geography exercise

book I used in primary school; a picture of Australia I drew with colour pencils, opposite the page

with hand-written notes of the country. The continent was vast, covered with greens. I loved drawing

then, so was singing. I still do, but have long lost that confidence and shine. My drawing now is

So what does Byzantium mean to me? In younger days, it meant only one thing, which came from a

Chinese translation into three characters. It followed closely to the phono-semantic method with a

spectacular rendering. Every Chinese character represents one syllable, and each syllable has its own

word sounds reverential, majestic, glittering with gold, connecting at once to the magnificent mosaics

in churches and mosques, to two thousand years of never-ending struggle, of religion, power and Glory.

My fascination with Byzantium, then Constantinople, now Istanbul, owes a lot to this unidentified

translator. It is like a legendary city existing at the edge of my consciousness. Strange, desirable, and

in Toronto. I have read My Name Is Red and Istanbul briefly, and was eager to go and meet him. The

tickets were sold out, but I went an hour earlier to try my luck. After the talk, I lined up to buy the

book. The queue was long, as everyone was waiting for his signature. I was so excited when he signed

my copy, and expressed enthusiasm for visiting the city. Without raising his head, he replied cooly,

“Then you should go and see it for yourself”.

Old and new fascinations collided, and a journey to Istanbul deemed inevitable. In the beginning, it

was simple: to visit Hagia Sophia, to see the Museum of Innocence, to taste Turkish food, and attend

a Whirling Dervish ceremony. Yet, upon research, there was much, much more. It brought me to

multiple trips, on paper and on screen. I was sucked into the incredible layering and heaviness of

Anatolian history, built upon empires and cultures that have come and gone. The less than two weeks’

visit felt extremely inadequate. At which point, and how, could one even begin to fathom its two

thousand years history, grasp and fully appreciate the magnitude and splendour of this ancient city in

a matter of, eleven days?

3 ways to access the full version of this book

(bonus -you will also receive password for read-on-line edition

Subscribe to DOUBLE DOUBLE by becoming a Patreon member. 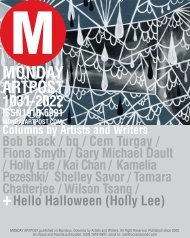 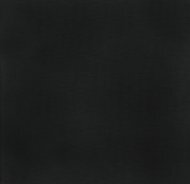